A new vision for genomics in animal agriculture 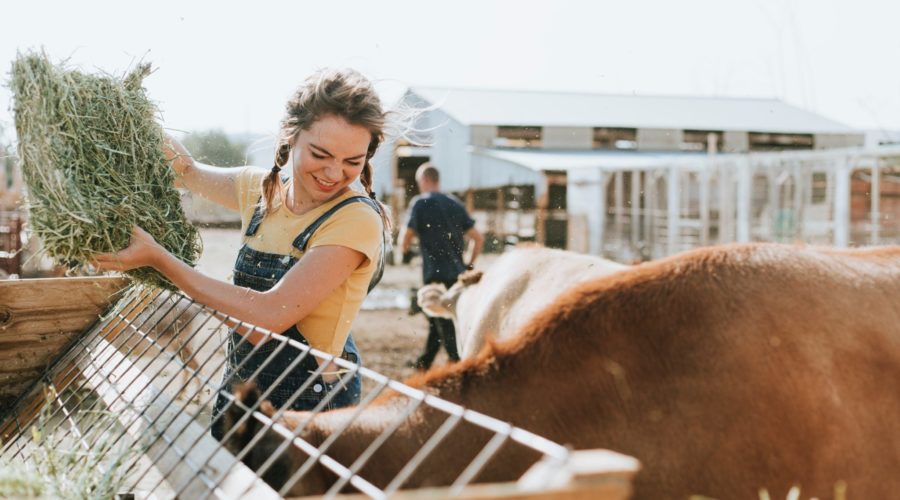 Iowa State University researchers are part of a team that designed a new vision for animal genomics research into the next decade. The blueprint they created could help scientists and farmers meet the needs of a growing global population while improving livestock welfare and production.

The blueprint, published recently in the peer-reviewed journal Frontiers in Genetics, drew on insight from personnel at the U.S. Department of Agriculture, Iowa State and other institutions to identify areas of inquiry where USDA should direct research funds through 2027 concerning animal genomics, or the study of an organism’s full set of DNA. The research priorities outlined in the document have the potential to improve efficiency in animal agriculture, said James Reecy, ISU associate vice president for research and a professor of animal science.

Reecy, who co-authored the new blueprint, said the effort updates an earlier document that set the tone for genomics research during the previous decade. That effort also relied on ISU expertise.

“In the grand scheme, what the group is advocating for are priorities that will move the livestock industry to meet the protein needs of the world going forward,” Reecy said.

Genomic technology took great strides in the last decade, but the blueprint calls for further progress that accounts for how other factors can work with genomics to improve production, he said. Future research should help livestock producers — particularly in the pork, beef, poultry and aquaculture industries — more accurately predict how their operations will perform based on a range of variables.

“We want to predict how environmental variation and management practices affect production as well,” he said. “We want to know how genotype, production and environment interact with one another. That’s the next step.”

Iowa State’s role in guiding animal genomics research dates back to National Research Sponsored Program 8, an effort to coordinate genomic research that led to the first USDA blueprint from 2008 to 2017. Max Rothschild, a Distinguished Professor of animal science and Ensminger Endowed Chair of International Agriculture, was a founding coordinating member of National Research Sponsored Program 8.

ISU scientists from a range of disciplines have turned their attention to transferring some of the innovations made in crop genomics to livestock. The ISU Office of the Vice President for Research launched an initiative to bring together interdisciplinary researchers at Iowa State to address precision livestock farming, which will lean heavily on breakthroughs in animal genomics. Iowa State hosted a precision livestock farming workshop last December that gathered some of the world’s leading experts in the field.

Reecy said ISU scientists are studying innovative sensors and bioinformatics technology that could have new uses in animal agriculture, health and food science. All of this work points toward a new frontier for livestock producers. Advances will allow them to choose production methods that work in concert with animal genomics and environmental factors to improve productivity, animal welfare and reliability while also leading to better products for consumers.