A protein found in fish could prevent Parkinson’s disease 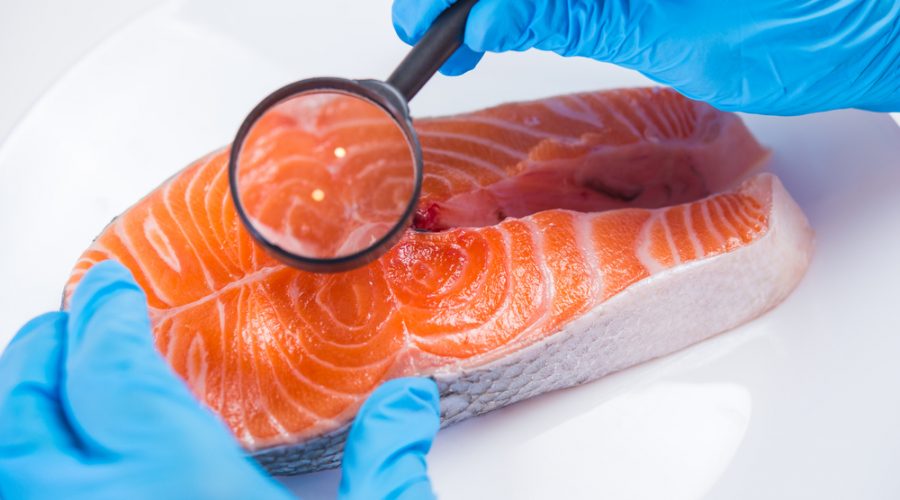 It’s a fact that eating fish is good for the body. Most are packed with the fatty acids omega-3 and -6 which help in improving cognitive health, reducing heart risks, and lowering a person’s blood pressure. However, a new study has shown that a nutrient found in fish can be more beneficial than the common fatty acids people know of.

Many kinds of fish contain abundant amounts of a protein called parvalbumin – believed by researchers as a bigger contributor as to why these are highly nutritious. According to researchers from the Chalmers University of Technology in Sweden, this protein may help decrease the possible development of Parkinson’s disease.

Essentially, the amyloid formation of a human protein called alpha-synuclein is closely associated with the neurodegenerative disease. In fact, it’s been often tagged as the “Parkinson’s protein,” and is found to be the result of abnormal or incorrect folding of proteins. What parvalbumin does is it leeches off the alpha-synuclein protein, therefore preventing them from turning into harmful types of amyloids.

As lead author Pernilla Wittung-Stafshede, professor and head of the chemical biology division at Chalmers, explained, parvalbumin prevents aggregation by using the alpha-synuclein for its own benefits. (Related: Soothe Parkinson’s disease with nutritional therapy, tai chi and dancing the tango.)

Researchers suggested that a diet which includes a lot of fish is a simple way to combat Parkinson’s disease. People in Japan, for instance, eat copious amounts of fish as part of their diet, and it is also part of their local delicacies. While the team has observed that there is a lower rate of Parkinson’s disease in the country, the team was quick to clarify that there is no concrete evidence established yet to prove the link.

Meanwhile, fish that contain high levels of parvalbumin also come in season. Assistant Professor Nathalie Sheers from the Department of Biology and Biological Engineering said, “Fish is normally a lot more nutritious at the end of the summer, because of increased metabolic activity. Levels of parvalbumin are much higher in fish after they have had a lot of sun, so it could be worthwhile increasing consumption during autumn.”

Parvalbumin as a neuroprotective nutrient

Not only is parvalbumin known as a good protein that can prevent Parkinson’s disease; it is also linked to other neurodegenerative conditions such as Alzheimer’s and Huntington’s. The said illnesses all show a similar trait with Parkinson’s wherein native proteins become clumps or amyloid fibers.

Generally, amyloids are not bad for the health, but due to its presence in most age-related diseases, experts suspect these clumps as a possible reason behind the conditions.

Before it was discovered as a nutrient that can help address the issues of some neurodegenerative diseases, experts know parvalbumin as an allergen found in fish. Reportedly, it avoids the digestive juices and go straight to a person’s bloodstream. This finding inspired Sheers to look deeper into the matter, learning more about other ways parvalbumin distributes in the body is truly interesting, hence the partnership with Wittung-Stafshede.

Currently, the team is looking for more discoveries that can help combat neurological conditions. “These diseases come with age, and people are living longer and longer. There’s going to be an explosion of these diseases in the future — and the scary part is that we currently have no cures,” Wittung-Stafshede’s added. “So we need to follow up on anything that looks promising.”

Published by www.foodscience.news on June 4, 2018

My first month at… MCO Health