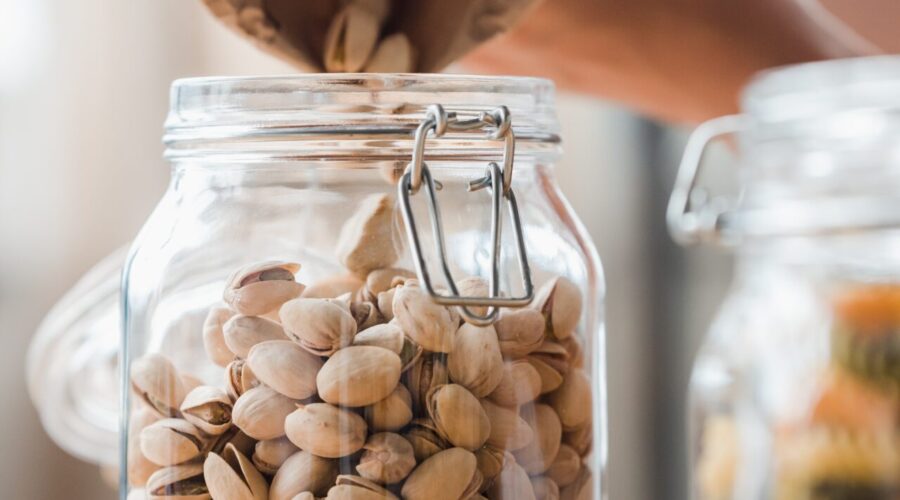 No superfood can cure asthma, but according to a fascinating study published in the Journal of Allergy & Clinical Immunology, a type of vitamin E found in nuts helps prevent asthma attacks by reducing airway inflammation. The findings suggest that asthma can be naturally managed by making dietary changes or taking a supplement.

According to the study, the form of vitamin E with these beneficial effects is gamma-tocopherol. It is present in nuts like pecans, walnuts and in the legume peanut. Gamma-tocopherol is also found in seed oils like corn, sesame and soybean.

Gamma-tocopherol isn’t as well known as alpha-tocopherol, the form most commonly found in vitamin E supplements.

Asthma and gamma-tocopherol
Michelle Hernandez, a senior study author and a professor from the University of North Carolina School of Medicine, explained that the research team wanted to study vitamin E because according to data from previous studies, individuals with high amounts of vitamin E in their diet were “less prone to asthma and allergic disease.”

The researchers also knew that the alpha isoform was linked to an increased risk for hemorrhagic stroke. This is why they considered studying gamma-tocopherol instead.

In the study, volunteers were randomised into two groups. The first group was given a gamma-tocopherol supplement while those in the second group received a placebo for two weeks.

At the end of the two weeks, the volunteers were asked to cough up sputum. They also underwent a lipopolysaccharide (LPS) challenge, which involves inhaling a substance that triggers inflammation in the lung and then coughing up more sputum.

Effects of gamma-tocopherol supplements on mucus
After a three-week period break from taking anything, the group that received the supplement for the first two weeks was then given a placebo for the second period.

Burbank explained that one advantage of a cross-over design like this is that the research team was able to compare the subjects to themselves. Based on the data, the researchers discovered that when the volunteers were taking the vitamin E supplement, they had less “eosinophilic inflammation.”

Additionally, the volunteers taking vitamin E were also found to have lower levels of proteins called mucins, which affect the stickiness of mucus. People with asthma tend to have elevated levels of mucins.

The researchers are hopeful because the supplement targeted the eosinophils, the main cells they worry most about in asthma treatment, commented Hernandez.

She added that they were excited to see that the supplement had an effect on how mucus moves through the airway. This is because when there are fewer mucins, the mucus is less sticky and patients are able to clear it better, meaning there isn’t as much pro-inflammatory mucus staying in their lungs.

Hernandez said the researchers are now planning to expand the scope of the study, particularly doing the research over a longer time frame and to confirm if gamma-tocopherol can safely be given to less healthy adults.

Other foods that can help relieve asthma symptoms

Generally, a healthy, varied diet plan is beneficial for people with asthma.

According to a review on the role of food in asthma management, there is evidence that a traditional Western diet, which contains a lot of refined grains, red meat, processed meat and sweets, can increase inflammation and worsen asthma symptoms.

Meanwhile, a balanced diet filled with more fruits and vegetables can positively impact both asthma risk and control.

Certain foods may also worsen your asthma symptoms. To track food triggers, keep a food log to learn more about the link between your diet and your symptoms. For example, a food log can help you confirm if spicy foods trigger reflux symptoms similar to asthma symptoms.

The superfoods listed below can also offer benefits if you have asthma. (Related: Natural and effective remedies for asthma.)

Fruit is full of beta carotene and vitamins C and E, three nutrients that can reduce inflammation and swelling in the lungs.

According to a 2017 review, the reason that fruit has this effect isn’t known, but data suggest that apples and citrus fruits like oranges specifically have been shown to decrease asthma risk and symptoms.

Consuming at least two servings of fruit and five or more servings of veggies daily for two weeks may result in better asthma control than consuming fewer servings, according to a study.

A healthy gut microbiome is a key to reducing asthma and other autoimmune disorders.

Data from a review suggest that consuming high-fiber foods can help promote the growth of healthy gut bacteria linked to a lower risk of inflammatory disorders like asthma.

Foods like beans contain prebiotics or the “food” your gut bacteria needs to thrive. Consume at least half a cup of beans every day.

Pomegranates are a superfruit rich in beneficial antioxidants that may help reduce inflammation in the lungs.

According to the 2017 review, consuming fruits and vegetables rich in antioxidants regularly can help lower inflammation in the airways.

Try to stick to a balanced diet and eat lots of antioxidant-rich foods, like pomegranates. If you find it a little frustrating to eat pomegranates, you can drink pomegranate juice instead. In another study conducted in animals, researchers reported that there is a link between pomegranate juice and lower amounts of lung tissue damage.

When it comes to asthma, not all fat is bad for you. Monounsaturated fats and polyunsaturated fats, especially omega-3 fatty acids, can offer health benefits.

According to a 2015 study, children who consumed more butter and fast food were also more likely to have asthma.

Meanwhile, omega-3 fatty acids are linked to a reduction in inflammation in people with asthma. Fatty fish such as salmon is full of “good” omega-3s.

Fatty fish have an anti-inflammatory role due to their omega-3 eicosapentaenoic (EPA) content.

EPA, a kind of omega-3, is better compared to the alpha-linolenic acid (ALA), another type of omega-3 found in some plant-based sources like chia seeds, flax seeds and walnuts. Your body must convert ALA into EPA and often does not do so efficiently.

According to the American College of Allergy, Asthma, and Immunology (ACAAI), maintaining vitamin D levels may benefit someone with asthma.

Leafy greens like spinach are full of many vitamins and minerals, such as folate, a B vitamin, reports the NIH.

Folate is another nutrient that may be crucial for those with asthma.

In a 2016 study, results showed that children who didn’t get enough folate and vitamin D were at least eight times more likely to experience one or more severe asthma attacks than other children who consumed enough of both nutrients.

Tomatoes are also full of antioxidants and low in calories, making them another great addition to your anti-asthma diet.

A different animal study has also shown that tomato juice may help your airways relax. Data suggest that tomato juice, which contains the antioxidant lycopene, helped adults with asthma free up the airways after one week of consumption.

If you have asthma, follow a balanced diet and try to eat more foods rich in gamma-tocopherol, a form of vitamin E.