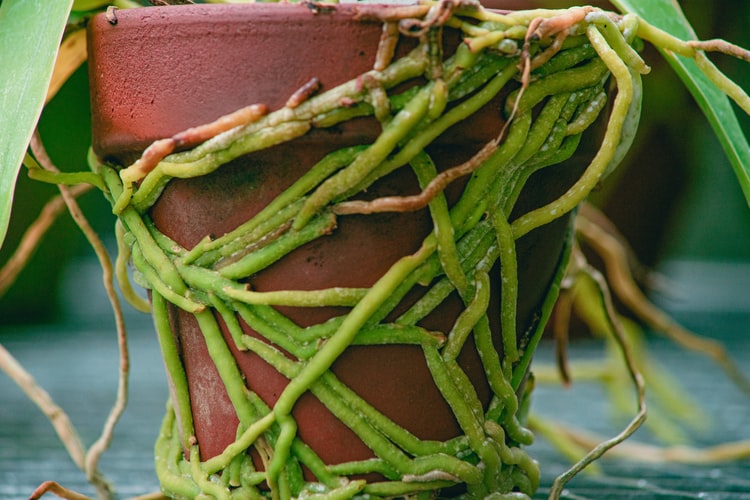 The shoots of plants get all of the glory, with their fruit and flowers and visible structure. But it’s the portion that lies below the soil — the branching, reaching arms of roots and hairs pulling up water and nutrients — that interests plant physiologist and computer scientist, Alexander Bucksch, associate professor of Plant Biology at the University of Georgia.

The health and growth of the root system has deep implications for our future.

Our ability to grow enough food to support the population despite a changing climate, and to fix carbon from the atmosphere in the soil are critical to our, and other species’, survival. The solutions, Bucksch believes, lie in the qualities of roots.

“When there is a problem in the world, humans can move. But what does the plant do?” he asked. “It says, ‘Let’s alter our genome to survive.’ It evolves.”

Until recently, farmers and plant breeders didn’t have a good way to gather information about the root system of plants, or make decisions about the optimal seeds to grow deep roots.

In their experiments, the system reliably computed all traits, including the distance between whorls and the number, angles, and diameters of nodal roots for 12 contrasting maize genotypes with 84 percent agreement with manual measurements. The research is supported by the ROOTS program of the Advanced Research Projects Agency-Energy (ARPA-E) and a CAREER award from National Science Foundation (NSF).

“This technology will make it easier to analyze and understand what roots are doing in real field environments, and therefore will make it easier to breed future crops to meet human needs ” said Jonathan Lynch, Distinguished Professor of Plant Science and co-author, whose research focuses on understanding the basis of plant adaptation to drought and low soil fertility.

DIRT/3D uses a motorized camera set-up that takes 2,000 images per root from every perspective. It uses a cluster of 10 Raspberry Pi micro-computers to synchronize the image capture from 10 cameras and then transfers the data to the CyVerse Data Store — the national cyberinfrastructure for academic researchers — for 3D reconstruction.

The system generates a 3D point cloud that represents every root node and whorl — “a digital twin of the root system,” according to Bucksch, that can be studied, stored, and compared.

The data collection takes only a few minutes, which is comparable to an MRI or X-Ray machine. But the rig only costs a few thousand dollars to build, as opposed to half a million, making the technology scalable to perform high-throughput measurements of thousands of specimens, which is needed to develop new crop plants for farmers. Yet, the 3D scanner is also enabling basic science and addresses the problem of pre-selection bias because of sample limitations in plant biology.

“Biologists primarily look at the one root structure that is most common — what we call the dominant root phenotype,” Bucksch explained. “But people forgot about all of the other phenotypes. They might have a function and a role to fulfill. But we just call it noise,” Bucksch said. “Our system will look into that noise in 3D and see what functions these roots might have.”

Individuals who use DIRT/3D to image roots will soon be able to upload their data to a service called PlantIT that can perform the same analyses that Bucksch and his collaborators describe in their recent paper, providing information on a wide range of traits from young nodal root length to root system eccentricity. This data lets researchers and breeders compare the root systems of plants from the same or different seeds.

The framework is made possible by massive number-crunching capabilities behind the scenes. These are provided by the Texas Advanced Computing Center (TACC) which receives massive amounts of data from the CyVerse Cyberinfrastructure for computing.

Though it takes only five minutes to image a root crown, the data processing to create the point cloud and quantify the features takes several hours and requires many processors computing in parallel. Bucksch uses the NSF-funded Stampede2 supercomputer at TACC through an allocation from the Extreme Science and Engineering Discovery Environment (XSEDE) to enable his research and power the public DIRT/2D and DIRT/3D servers.

DIRT/3D is an evolution on a previous 2D version of the software that can derive information about roots using only a mobile phone camera. Since it launched in 2016, DIRT/2D has proven to be a useful tool for the field. Hundreds of plant scientists worldwide use it, including researchers at leading agribusinesses.

The project is part of ARPA-E’s ROOTS program, which is working to develop new technologies that increase carbon storage within the soil and root systems of plants.

“The DIRT/3D platform enables researchers to identify novel root traits in crops, and breed plants with deeper, more extensive roots,” said ARPA-E ROOTS Program Director Dr. David Babson. “The development of these kind of technologies will help promote climate change mitigation and resilience while also giving farmers the tools to lower costs and increase crop productivity. We’re excited to see the progress that the team at PSU and UGA has made over the course of their award.”

The tool has led to the discovery of several genes responsible for root traits. Bucksch cites a recent study of Striga hermanthica resistance in sorghum as the kind of outcome he hopes for users of DIRT/3D. Striga, a parasitic weed, regularly destroys sorghum harvests in huge areas of Africa.

The lead researcher, Dorota Kawa, a post-doc at UC Davis, found that there are some forms of sorghum with Striga-resistant roots. She derived traits from these roots using DIRT/2D, and then mapped the traits to genes that regulate the release of chemicals in the roots that triggers Striga germination in plants.

DIRT3D improves the quality of the root characterizations done with DIRT/2D and captures features that are only accessible when scanned in 3D.

The challenges facing farmers are expected to rise in coming years, with more draughts, higher temperatures, low-soil fertility, and the need to grow food in less greenhouse-gas producing ways. Roots that are adapted to these future conditions will help ease pressure on the food supply.

“The potential, with DIRT/3D, is helping us live on a hotter planet and managing to have enough food,” Bucksch said. “That is always the elephant in the room. There could be a point where this planet can’t produce enough food for everybody anymore, and I hope we, as a science community, can avoid this point by developing better drought adapted and CO2 sequestering plants.”