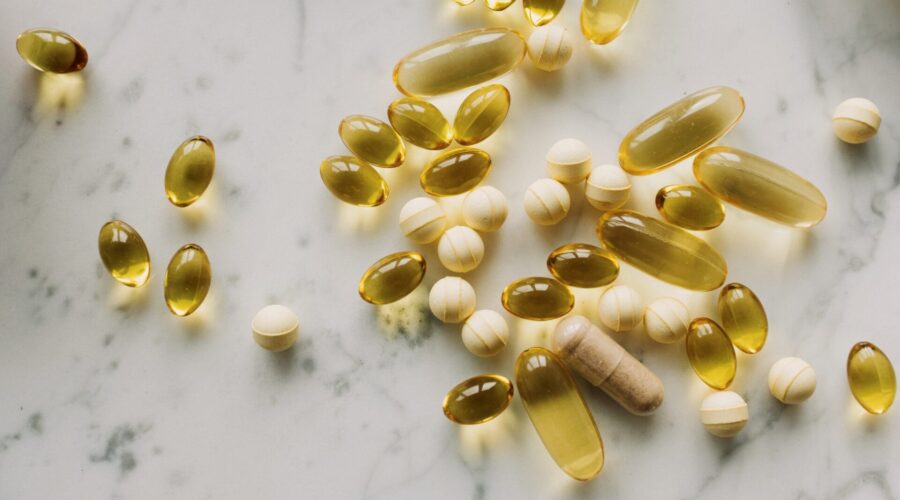 Ahiflower is the commercial name given to the Buglossoides arvensis plant. Its name is derived from the Hawaiian word “Ahi” for yellowfin tuna, the benchmark for good sushi tuna. In the same way, it is an acknowledgment of this remarkable plant’s relationship to traditional omega fatty acid sources.

Also known as corn gromwell and stoneseed, ahiflower is a naturally wild plant recorded as far back as 1597 in Gerrard’s Herbal, growing as a small meadow/hedgerow plant or appearing as a weed in wheat and barley fields.

The plant produces small, white, five-petaled flowers. Each ahiflower bloom produces up to four seeds. These seeds are pressed to produce ahiflower oil – an omega-rich, healthy oil with a clean taste and aroma. It has a higher quantity of high-quality omegas than any other seed oil ever discovered.

Ahiflower is one of the best sources of omega fatty acids

Marine-based sources of beneficial omega fatty acids have dominated the market due to the lack of comparable alternatives until now. The popular commercial sources of omega-3 oils are cold-water fatty fish, such as salmon, herring, white fish, sardines and anchovies.

However, pollutants in marine waters, unsustainable overfishing and increase of sea-surface temperatures acidification have drawn considerable international attention over the past several decades. These have been associated with a wide range of serious threats to food quality, human health and well-being.

According to the Annals of Global Health: “Our oceans are polluted with a complex mixture of toxic metals, plastics, manufactured chemicals, petroleum, urban and industrial wastes, pesticides, fertilizers, pharmaceutical chemicals, agricultural runoff and sewage.”

Plastic waste is rapidly increasing and polluting 80 percent or so of the world’s oceans, with an estimated 10 million metric tons of plastic waste entering the seas each year.

The February 2021 issue of the Global Environmental Health Newsletter reported that when ingested, these potent toxins that accumulate in fish and shellfish can cause neurological impairment, damage the nervous system and increase the risk of cancer, cardiovascular disease, dementia and rapid death.

Ahiflower has emerged as an excellent plant-based and non-fish alternative source of omega fatty acids for those who worry about toxic contamination in seafood or those who follow a vegan or vegetarian diet. Being plant-derived, ahiflower oil has no fishy taste, smell or after effects.

Better than any other natural plant source

Ahiflower is a rich plant-based source of the omega-3s, alpha-linolenic acid (ALA) and stearidonic acid (SDA); the omega-6s, gamma-linolenic acid (GLA) and linoleic acid (LA); and the omega-9, oleic acid (OA). You get all the health benefits of omega fatty acids in just one plant in just the right balance. Ahiflower contains a uniquely complete omega profile, including ALA and a balanced combination of SDA and GLA.

Unlike fish, flax and other natural sources, ahiflower contains biologically advanced plant omegas. According to a study published in the Journal of Nutritional Science, consumption of ahiflower seed oil is safe for adults, and two clinical trials showed that the healthy fats in ahiflower are up to four times more efficiently utilized by the human body than those in flaxseed oil.

Over the years, increased demand for omega-3 fatty acids for both human nutrition and aquaculture have contributed to the long-range decline of global fish stocks. Shifting to terrestrial plant sources of omega nutrition like ahiflower is one small way millions of people can reduce pressure on the forage of fish species that are among the primary sources of omega-3s and allow ocean species like the endangered bluefin tuna to rebound.

The ahiflower’s unique and unparalleled healthy oil profile attracted farmers in the United Kingdom to develop this wild plant as an agricultural crop, which they are now growing organically, cost-effectively and regeneratively.

One of the unique things about ahiflower oil is its SDA content, which is far more efficiently converted by the body into eicosapentaenoic acid (EPA) and docosahexaenoic acid (DHA) than ALA. According to a study published in Nutrients, EPA and DHA give rise to newly discovered resolvins, which are anti-inflammatory and inflammation-resolving molecules. Resolvins could potentially be used to prevent cardiovascular disease thanks to their anti-inflammatory properties.

Unlike flax, ahiflower contains the omega-6 GLA, which is associated with skin health, hormonal balance and anti-inflammatory support. According to a study published in the Journal of Oleo Science, supplementation with GLA can help people with dry skin and mild atopic dermatitis.

According to a review published in the journal Advances in Nutrition, diets rich in oleic acid can positively influence fat balance and body weight through the regulation of food intake, body mass and energy expenditure. Importantly, abdominal fat and central obesity can be reduced following the consumption of high OA-containing meals.

The omega-3s in ahiflower may have a beneficial effect on mental health. According to a study published in the journal Brain, Behavior, and Immunity, supplementation with omega-3s helps decrease anxiety symptoms even in people without anxiety disorders.

Humans need omega-fatty acids to support optimal immunity, vitality and overall wellness – you just have to decide where and how to get them. Take advantage of ahiflower oil, which provides a pure and potent source of nutrition, without the contamination or inconveniences of other popular sources of healthy fats.