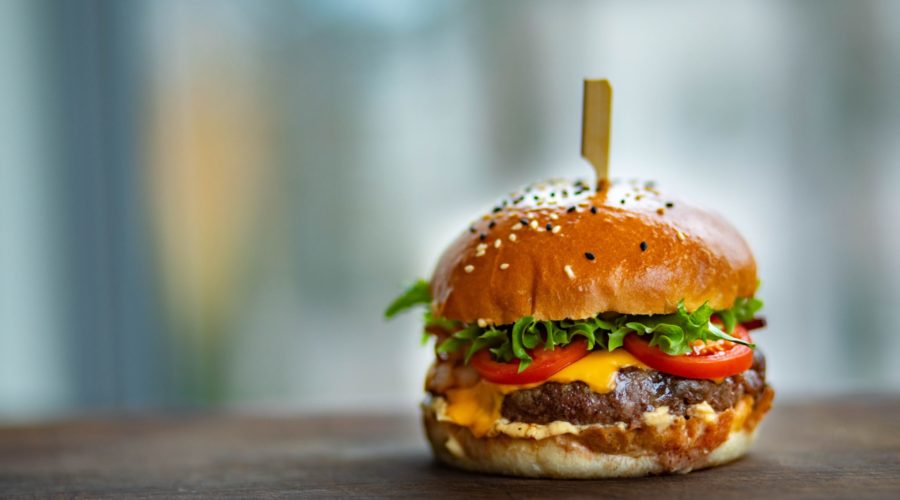 Beyond Meat Inc. piled on the market value, serving up the year’s best first day for a U.S. initial public offering.

The maker of vegan beef and sausage substitutes soared, rising as much as 192 percent from its IPO price of $25 share. The shares, which opened at $46, closed their first day of trading Thursday up 163 percent to $65.75 in New York, giving the company a market value of about $3.8 billion.

The first-day pop eclipsed the 81 percent gain by Silk Road Medical Inc. in its U.S. debut last month and was the best for a U.S. listing raising at least $200 million since before the 2008 financial crisis. Globally, Beyond Meat bested the debuts this year of all but a handful of small listings, none of them larger than $22 million.

Beyond Meat raised $241 million from the sale of 9.63 million shares on Wednesday, after increasing its marketing range for them to $23 to $25.

Investor and actress Jessica Chastain, who is a vegan, said she cooks Beyond Meat products at home, to the approval of her non-vegan husband and friends.

“I love any plant-based product,” Chastain said in an interview at the Nasdaq exchange. She said she invested in Beyond Meat after being on set in Toronto and being unable to find a Beyond Burger at an A&W restaurant. “I tried for four months in Canada to get one and it sold out everywhere,” she said.

Chief Executive Officer Ethan Brown doesn’t expect a conflict between making environmentally based decisions and those that serve shareholders.

“Consumers are looking for products that enable them to be healthier and reduce their footprint,” he said in an interview. “Every time we’re making a sale we’re furthering our mission and increasing sales.”

One food-industry consultant said investors are taking a lot on faith with money-losing Beyond Meat.

The company’s valuation in its IPO is “entirely reasonable if it’s got internationalizable potential and a great product, and has capacity to make money in its core profit structure,” said Robert Lawson, chief executive officer of London-based Food Strategy Associates. “But it’s not clear that Beyond Meat is that.”

The company will need to expand its product range to succeed outside the U.S., where burgers aren’t as popular, Lawson added.

Consumers are looking for more plant-based meat alternatives because of concerns about health, animal welfare and the environment. Startups like Beyond Meat are tapping into that demand by offering beef-like versions of the veggie burger and other meat products.

Supermarket sales of meat alternatives surged 19.2 percent to $878 million for the year ended Jan. 5, according to data from Nielsen. The field is crowded, with Silicon Valley-based Impossible Foods also placing its meatless burgers in thousands of restaurants, including all Burger King locations. Nestle SA makes a plant-based Incredible Burger, which is available in McDonald’s Corp.’s German locations.

Beyond Meat is sold in grocery stores nationwide and is also increasingly being featured on restaurant menus, including TGI Fridays and Carl’s Jr. and now under a new deal with Del Taco Restaurants Inc. Its burger patties, with no cholesterol and 5 grams of saturated fat, are made of pea protein and beet juice, which makes them “bleed” when cooked. That compares with 80 milligrams of cholesterol and 9 grams of saturated fat for a 4-ounce patty of 80 percent lean beef.

And despite the company’s mission, Brown said the company will choose the customer over the planet when necessary.

“Our packaging is not great,” he said, referring to the plastic wrap. “That runs counter to what I believe in in terms of ability to recycle things and the overall footprint of that packaging, but we care about the quality of the product. So we will make trade-offs that make sense for the product and market instead of the most environmental path.”

The company had significant shortages in 2017 and 2018 and has since made significant investments to keep up with demand, Brown said.

“Now it’s about sequencing customers,” he said. Quick-service restaurants have thousands of locations, so supplying them requires a huge jump in output. To keep up, Brown said, the company has been staggering rollouts.

We’ll Always Eat Meat. But More of It Will Be ‘Meat’: QuickTake.

Brown said he wants to eventually lower the price of the company’s products, which currently can cost twice as much as standard ground beef. Beyond Meat wants to sell its products for less than animal protein in the next five years, he said.

Its backers had included Tyson Foods Inc., the largest U.S. meat producer. Tyson sold its 6.5 percent stake in Beyond Meat, according to a statement in April. Tyson’s shares were sold both to insiders and new shareholders, Brown said.