Biofach 2020: Organic stakeholders speak out about sourcing and cultivation challenges 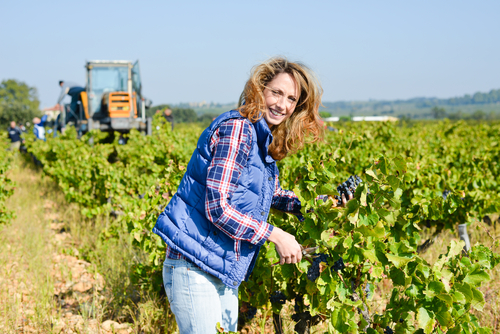 Growth in the organic foods sector is propelled by a rising tide of health- and eco-conscious consumption. On the show floor of the ongoing Biofach 2020 (February 12 to 15), held in Nuremberg, Germany, FoodIngredientsFirst speaks to growers and suppliers on the challenges faced in the cultivation of organic crops. The event played host to a swathe of companies active in the dynamic space of product offerings free from pesticides, fertilisers and GMOs.

“The challenges in organic farming have many folds – you’ve got farmers that are fighting weeds, farmers that are challenged with low yields, challenges of soil that hasn’t been cared for properly for many years and climate challenges. Our whole supply chain is threatened by what the farmers are facing,” says Joanne Reining, Global Account Executive and Sales Leader of Colombia Grain.

Finding a good supply of organic ingredients at a relatively consistent price is a challenge, Diane Donaldson, Product Developer at Everspring Farms. “There will always be ups and downs, which depends on the grain or seed. Some of the ancient grains, like quinoa, have more extreme swings.” “Lately, we’ve seen more price fluctuations in chickpeas and legumes because these have grown in popularity. There are also the challenges of crop failures, which are a bigger risk to organic ingredients because they can’t use synthetic additives,” she comments.

Different forms of cross-contamination pose a significant risk to cultivators of organic produce. The cultivation of tobacco on the same plantation as edible crops present a notable threat. According to reports by Environmental Science and Pollution Research (ESPR), tobacco farming has serious consequences for the environment: it impoverishes the soil by assimilating its nutrients, involves an intensive use of highly polluting pesticides, perturbs the ecosystem through deforestation and releases nicotine into the environment.

Eric Stamm, representing German ingredients supplier Neupert Ingredients at Biofach 2020, further underscores the risk of nicotine contamination in edible crops. “The biggest challenge currently has to do with the organic certifications for some products. Currently, cross contamination is occurring in some crops. For example, in fields that cutivate psyllium for half of the year and tobacco for the other half, the cross-contamination of nicotine can sometimes occur. This is why we look for producers who only produce one crop.”

Earlier this month, glyphosate, a widely used herbicide and crop desiccant, was reaffirmed by the US Environmental Protection Agency (EPA) as safe to use. This is despite concerns about the chemical’s potential status as carcinogenic. But the demand for glyphosate testing still remains apparent. “One of the challenges that I’ve been facing is the demand for glyphosate testing. Glyphosates are chemicals that destroy weeds, which are also used in conventional farming to dry down crops to make them mature faster,” says Reining of Colombia Grain.

“In the fields, there is often the issue of glyphosates drifting from other farms. Whether your neighbours are conscious or not, sometimes it can’t be helped. Sometimes, these chemicals being sprayed on a conventional field can get transported by moisture in the air toward an organic farm more than a mile away. We don’t know what the half-life of glyphosates [in soil] is, or how long they stay in the soil,” she stresses.

Based on an expert review over a ten-year period, the EPA has concluded that it “did not identify any human health risks from exposure to glyphosate.” This assessment comes at the heels of The Kellogg Company saying it will be working with its suppliers to phase out the contested chemical as a pre-harvest drying agent in its wheat and oat supply chain in major markets by the end of 2025 – eliminating its ubiquity in the company’s breakfast cereals and other foods.

Published by foodingredientsfirst.com on February 13, 2020
Image by Shutterstock