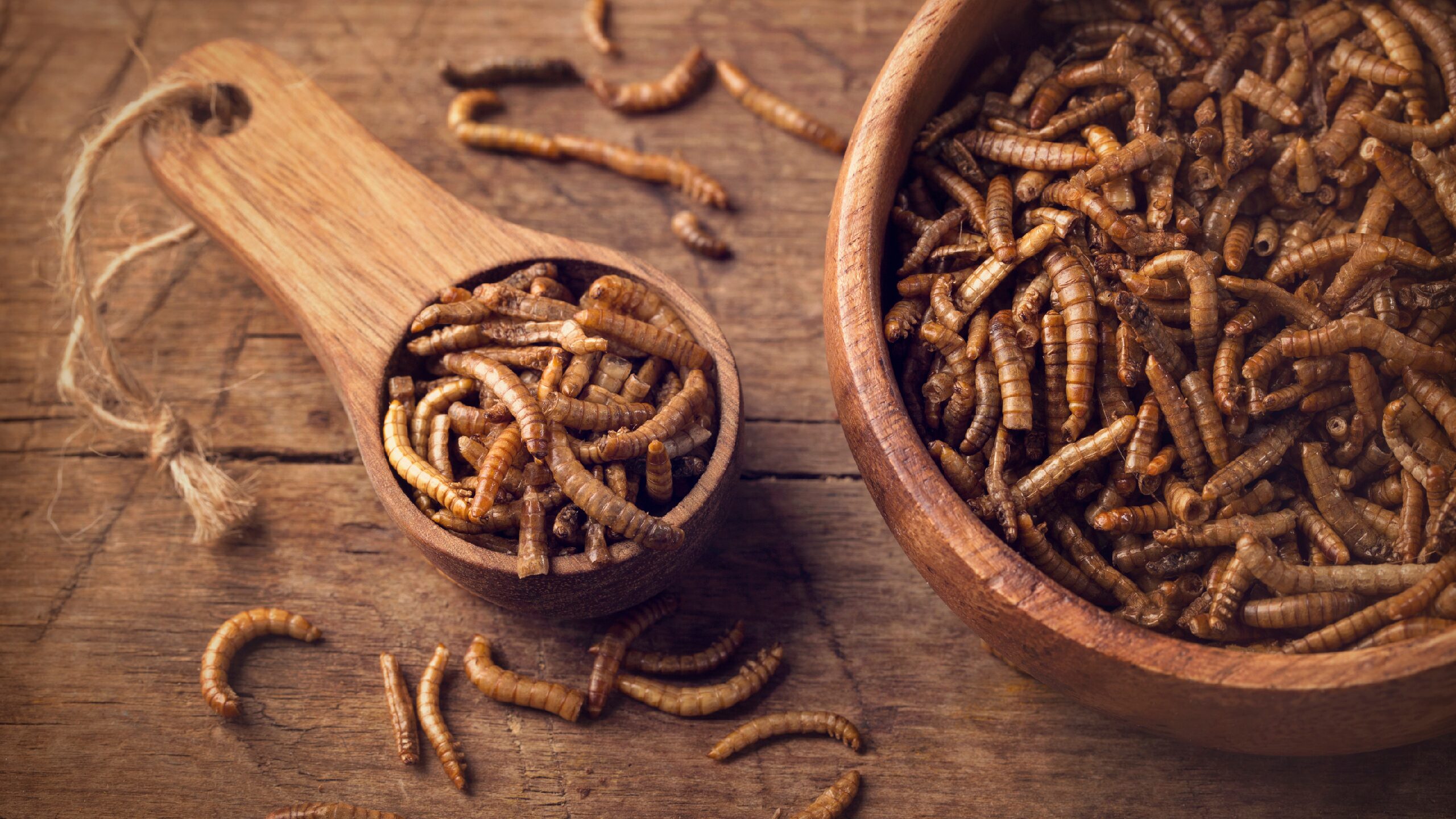 Scientists cook up mealworms with sugar, creating a “meat-like” flavouring. It could someday be used in convenience foods as a tasty source of extra protein.

Are Cooked Up Mealworms The New Type Of Protein?

Most people consider Beetle larvae, such as mealworms, to be creepy, crawly nuisances. However, these insects are edible and could be a healthful alternative to traditional meat protein sources. Today, scientists report that they’ve cooked up mealworms with sugar, creating a “meat-like” flavouring. Someday, it could be used in convenience foods as a tasty source of extra protein.

The researchers presented their results last week at the fall meeting of the American Chemical Society (ACS). The meeting features nearly 11,000 presentations on a wide range of science topics.

“Recently, eating insects has become of interest because of the increasing cost of animal protein, as well as the associated environmental issues,” says In Hee Cho, Ph.D., the project’s principal investigator.

According to the United Nations, the global human population is expected to reach 9.7 billion people by 2050 and nearly 11 billion by 2100. Feeding them all with animal meat — especially cows, pigs, and sheep — will require larger amounts of food, water, and land resources. Additionally, cows are a substantial contributor to climate change, releasing copious amounts of methane in their burps. Therefore, more sustainable sources of protein are needed.

“Insects are a nutritious and healthy food source with high amounts of fatty acids, vitamins, minerals, fiber, and high-quality protein, which is like that of meat,” says Cho, whose team is at Wonkwang University (South Korea).

The big issue at hand

Eating insects isn’t common in many parts of the world, and people can be repulsed by just the idea of munching on them. Some companies that cook up mealworms are trying to change people’s minds by selling them mealworms as crunchy, salty snacks, but consumer acceptance is not widespread. Cho says that to get more people to regularly eat mealworms, a sneakier approach might be in order — hiding insects in the form of seasonings inside easy-to-cook and other convenience products.

The first step for the research team was to understand this insect’s flavour profile. They compared the aromas of mealworms throughout their lifecycle, from egg to larva to pupa to adult. Although there were some differences in the individual compounds, all of the stages primarily contained volatile hydrocarbons, which evaporate and give off scents. For example, raw larvae had wet soil-like, shrimp-like, and sweet corn-like aromas.

Hojun Seo, a graduate student on Cho’s team, then compared the flavours that developed as larvae were cooked with different methods. Mealworms that were steamed developed even stronger sweet corn-like aromas, whereas roasted and deep-fried versions had shrimp-like and fried oil-like attributes. According to Seo, the flavour compounds from roasting and frying included pyridines, alcohols, and aldehydes, and were similar to the compounds formed when meat and seafood are cooked.

Experimenting With Flavors In Food And Drink That You Haven’t Heard Of.

Based on these results, the researchers expected that additional reaction flavours could be produced from the protein-rich mealworms if they were heated with sugar. Reaction flavours, sometimes called process flavours, are produced when proteins and sugars are heated together and interact. Examples include Maillard, Strecker, and caramelisation reactions and fatty acid oxidation, says Cho. The result is usually a suite of “meat-like” and savoury flavours.

Hyeyoung Park, a graduate student in Cho’s lab and the presenter at the meeting, tested different manufacturing conditions and ratios of powdered mealworms and sugars. This resulted in multiple versions of reaction flavours. She identified a total of 98 volatile compounds in the samples. The researchers then supplied the samples to a panel of volunteers to gather feedback about which had the most favourable “meat-like” odour. “As a result of this study, 10 of the reaction flavours were optimised based on consumer preferences,” says Park.

To the best of the researchers’ knowledge, this is the first time that mealworms have been used to produce desirable reaction flavours. They hope that these results will contribute to the commercial development of meat-like and savoury flavourings and seasonings, and will encourage the convenience food industry to include edible insects in their products. The next step for the team is to further optimise cooking processes to reduce any potentially undesirable or off-flavours in the final flavouring material made from mealworms.