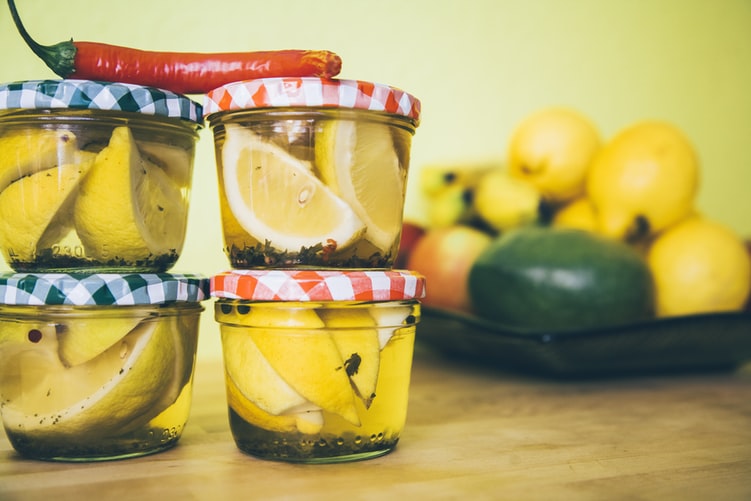 In a new proof-of-concept study, eating fermented foods increased the diversity of participants’ gut microbiomes and reduced markers of inflammation. In contrast, participants who consumed a high fiber diet did not see an increase in their gut microbiome diversity.

The research, which appears in the journal Cell, lays the groundwork for further research to explore in more depth how different dietary interventions can positively affect a person’s gut microbiome.

The human microbiome describes the various bacteria and other microorganisms that exist in and on the human body. A person’s gut microbiome is a particularly diverse location of these microbes relative to other parts of the body.

During the last 10 years, there has been a significant increase in the amount of research that scientists have conducted on the gut microbiome and its links to human health.

Researchers have shown that the gut microbiome plays an important role in health. The makeup of the microbiome can affect the development of many noncommunicable chronic diseases, such as gastrointestinal disorders, metabolic diseases, and some types of cancer.

A person’s gut microbiome generally stays quite stable during their lifetime. However, certain factors — including environmental factors, medications, and dietary patterns — can significantly affect it.

Given the links between the gut microbiome and health, scientists are interested in precisely how to alter a person’s gut microbiome.

This is a pressing issue, as researchers have argued that Western diets tend to reduce the diversity of people’s gut microbiomes, resulting in negative effects on people’s health.

As a consequence, they suggest that these alterations have promoted chronic inflammation, which is an underlying factor in many noncommunicable chronic diseases.

Knowing that diet can affect the microbiome, the researchers behind the present study were interested in determining the effects of specific dietary interventions.

If scientists can show that specific dietary interventions positively alter a person’s gut microbiome, then these could, in the future, feature in recommendations for a nutritious, well-balanced diet. If more people had a healthy gut microbiome, this might contribute to reducing noncommunicable chronic diseases. According to the World Health Organization (WHO), these diseases account for 71% of deaths around the world each year.

In the present study, the researchers looked at two dietary interventions: a fermented foods diet and a high fiber diet.

They chose these interventions because initial research has shown that both fermented food and fiber promote positive changes in a person’s gut microbiome.

The study involved 36 participants, of whom 73% were women, and 81% were white. They were all generally healthy.

The researchers collected blood and stool samples from the participants for 3 weeks to act as a baseline.

They then randomly assigned the participants to one of two diets. The first diet was high in fermented foods, such as yogurt, kimchi, and kombucha, whereas the second was high in fiber.

The participants slowly increased their intake of fermented foods or fiber, depending on their group, for 4 weeks. After that, they followed the full high fiber or high fermented food diet for 6 more weeks.

Finally, the participants had 4 weeks during which they could continue the diet if they chose to. Throughout each stage of the study, the researchers continued to collect blood and stool samples.

The stool samples enabled them to identify any changes to the gut microbiome of the participants, while the blood samples revealed any fluctuations in key biological markers of inflammation and general health.

After analyzing the data, the researchers found that the diversity of the gut microbiomes of the participants who were on the fermented food diet markedly increased.

According to Dr. Justin Sonnenburg, Ph.D., an associate professor of microbiology and immunology at Stanford University, CA, and a corresponding author of the study: “This is a stunning finding. It provides one of the first examples of how a simple change in diet can reproducibly remodel the microbiota across a cohort of healthy adults.”

The researchers also found that for the people who were on the fermented food diet, 19 inflammatory proteins decreased, and four types of immune cell had less activation.

In contrast, the participants on the fiber diet saw no changes to the diversity of their gut microbiome and no decrease in the 19 inflammatory proteins.

Dr. Erica Sonnenburg, Ph.D., a senior research scientist in basic life sciences, microbiology, and immunology at Stanford and a corresponding author of the study, notes: “We expected high fiber to have a more universally beneficial effect and increase microbiota diversity. The data suggest that increased fiber intake alone over a short time period is insufficient to increase microbiota diversity.”

The researchers noticed that participants on the high fiber diet had more carbohydrates in their stool samples. This suggests that the participants did not have the right gut microbes to break down the fiber fully.

For Dr. Erica Sonnenburg, “it is possible that a longer intervention would have allowed for the microbiota to adequately adapt to the increase in fiber consumption. Alternatively, the deliberate introduction of fiber-consuming microbes may be required to increase the microbiota’s capacity to break down the carbohydrates.”

As a consequence, further research that tracks the effects of a high fiber diet over a longer period or looks at a diet high in both fiber and fermented foods may provide more information about how doctors can positively alter a person’s gut microbiome.

Are you searching for an opportunity where you can do research and/or contribute to developments in the Food Sciences? Take a look at our available vacancies HERE!