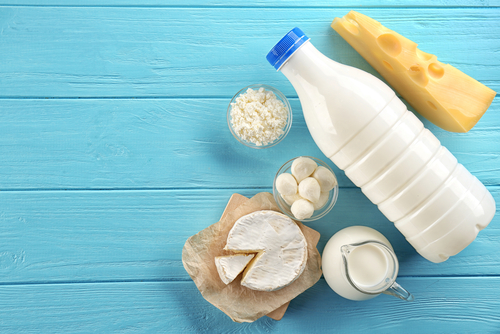 Saputo Inc. has completed the acquisition of UK-based dairy company Dairy Crest Group plc. Saputo has acquired the entire issued ordinary share capital of Dairy Crest for £6.20 (US$8.13) per ordinary share, valuing Dairy Crest’s share capital at approximately £975 million (US$1.3 billion). The deal underscores the Canadian dairy giant’s first move into the British market and comes at a time of increasing challenges in the dairy industry. Earlier this year, this dynamic saw US dairy giant, Dean Foods Company reveal that it is exploring a number of options, including a potential sale, as part of a strategic review to accelerate its business transformation.

This acquisition enables Montreal-based Saputo to expand its international presence and to enter the UK market by acquiring and investing in a well-established and successful industry player with a solid asset base and an experienced management team.

Saputo has also reportedly been linked as potentially chasing a deal with Dean Foods Company, the US’s largest milk producer. And in March, Saputo made several changes to its senior management roles aimed at further supporting its operations and growth strategy.

Moreover, Dean Foods has not set a timetable to conclude its review, nor has it made any decisions relating to potential strategic alternatives. The company also notes that there is no assurance that the review will result in a transaction or other strategic change or outcomes.

After holding initial discussions earlier this year, Saputo and Dairy Crest have now sealed the deal with Saputo noting that Dairy Crest is an “attractive platform” which is in line with the company’s growth strategy.

The Purchase Price, payable in cash, was financed through funds drawn on a new bank term loan facility and the transaction was implemented by way of a Court-sanctioned scheme of arrangement under the UK Companies Act 2006.

The company, which is behind brands including Alexis de Portneuf, Armstrong, Dairyland and Milk2Go has been expanding predominantly through mergers and acquisitions. This includes the acquisition of the extended shelf-life dairy product activities of Southeast Milk, Inc. in the US in September 2017 and also by acquiring Betin Inc. a Belmont specialty cheese maker three months later. Saputo also snapped up Australia’s Murray Goulburn Co-Operative in October 2017.

Published by Foodingredientsfirst on April 16, 2019