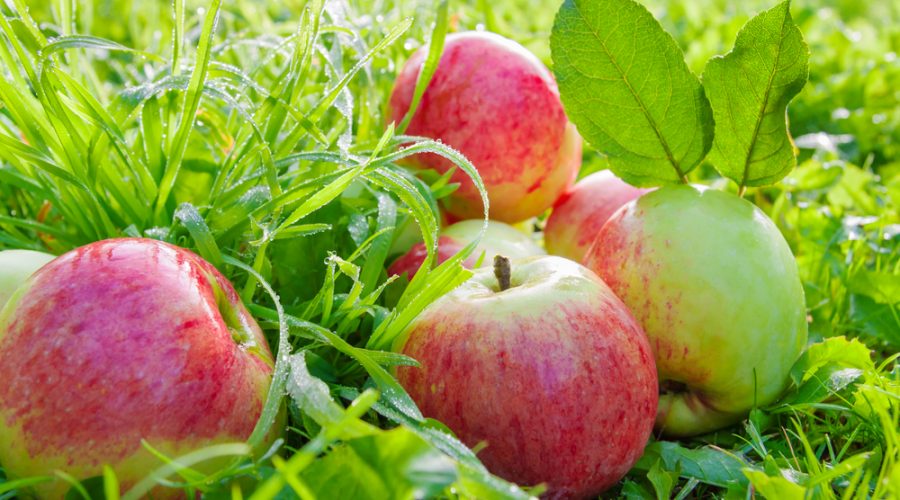 An apple a day, indeed, keeps the doctor away: Studies have confirmed that eating an apple a day can help maintain weight and fight against cancer. In a study published in the British Medical Journal (BMJ), it was found that eating more foods rich in flavonols, anthocyanins, and flavonoids – such as apples – was associated with less weight gain among adults who were between the ages of 27 and 65.

The study was conducted by researchers form Harvard University who evaluated the eating habits of more than 124,00 Americans for 24 years. They included apples in a list of foods rich in flavonoids that may help in maintaining a healthy weight and prevent obesity. Other high flavonoid foods included pears, berries, and peppers.

Another study published in the journal Nutrition found that overweight women who consumed three apples each day lost more weight on a low-calorie diet compared to those women who did not include fruit in their diet.

In addition to its weight loss benefits, it also supports the digestive system. A study published in the journal Food Chemistry revealed that apples, particularly Granny Smith apples, increased the levels of good bacteria in the intestinal tract. These apples are rich in both soluble and insoluble dietary fiber. The pectin in apples, a type of fiber, provides prebiotic benefits by increasing levels of butyrate – a fatty acid that acts as fuel for good bacteria.

A lot of people gain weight as they age. Moreover, going over the healthy weight can lead to greater risks for various health complications, such as high blood pressure, diabetes, heart disease, cancer, and death. As a matter of fact, gaining 10 or more pounds between the ages of 40 and 60 can increase the risk of developing diabetes by 40 to 70 percent. This also increases the risk of some types of cancer by up to 59 percent.

Fortunately, apples can also prevent cancer. In a review published in the journal Nutrition, it was revealed that women who consume at least one apple a day had a lower risk of lung cancer. Other studies have also shown that participants who ate the most apples, onions, and grapefruit had up to 50 percent lower cancer risk.

Apples do not only work on lung cancer but on colorectal and prostate cancers as well. A study published in European Journal of Cancer Prevention found that flavonoids in apples can stop the emergence of cancer and cancer cell proliferation. Its researchers concluded that eating at least one apple a day reduces the risk of colorectal cancer by more than a third. Researchers for Mayo Clinic found that apple’s flavonoids may prevent the growth of human prostate cancer cells by blocking the activity of androgen hormones.