Epigenetics linked to genetic differences between domesticated and wild chickens 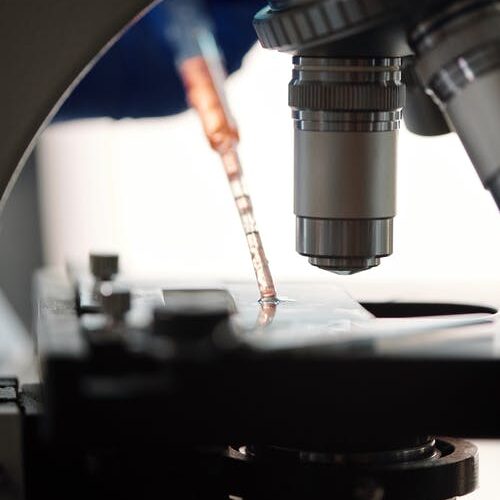 Some of the genetic differences that have arisen between domesticated chickens and their wild ancestors, the red junglefowl, are linked to epigenetic changes, according to a new study published in Nature Ecology & Evolution. Scientists at Linköping University in Sweden have discovered a small number of “hotspots” in the DNA that control epigenetic changes at hundreds of other locations throughout the genome.

Humans started to domesticate certain wild animals, including chickens, several thousand years ago, and change their characteristics through breeding. Domestication led to considerable differences between the domesticated variant and their wild counterpart with respect to behaviour, anatomy and physiology. The largest differences, however, have often arisen relatively recently, during the past few hundred years. Controlled breeding of chickens in the 20th century has led to two different types: laying hens for egg production and broilers that give more meat. A broiler chicken, for example, weighs 6-7 times more than its wild ancestor, the red junglefowl.

Not only do modern domesticated chickens differ in their properties from the junglefowl, they also have differences in their genetic material, in a part of the material known as the “epigenetic code.” Epigenetic changes can be thought of as small flags that sit on the DNA. They can regulate how the genes are expressed and in this way affect the properties of the organism.

The research group has previously investigated how the expression of certain genes regulates fear behaviour in chickens, which is one of the properties that differ significantly between domesticated chickens and their wild ancestors. The scientists could now measure the most common type of epigenetic marker, DNA methylation, in specimens from exactly the same area of the brain, the hypothalamus. They could then use advanced calculations to see the relationships between the methylation pattern, gene expression, mutations in the genome, and the behavioural properties of the individual animal.

“We found long, continuous parts of the genetic material where it seemed that the domestication process has caused lower levels of methylation in domesticated chickens than in the wild junglefowl. We also found several ‘hotspots’ — parts of the genetic material that regulate the methylation at hundreds of other locations separated by long distances. This is extremely exciting,” says Dominic Wright, professor in the Department of Physics, Chemistry and Biology (IFM) at Linköping University. He has led the study, which has now been published in Nature Ecology & Evolution.

It was initially believed that the methylation of DNA always reduces gene expression, leading to changed properties, but it is now necessary to modify this as research has shown that the true picture is not quite as simple, with methylation both increasing and reducing gene expression. This study shows that, while it is true that methylation influences the expression of certain genes, the inverse can also happen: a mutation in the DNA may influence gene expression, which in turn can regulate methylation.

“It’s extremely interesting that the methylation of specific parts of the genetic material seems to be so carefully controlled. The study shows that the regulation of methylation during the domestication of chickens has been extremely complex,” says Dominic Wright.

This study has looked at the regulation of methylation in the cross-breeds between wild and domesticated chickens. The scientists are now planning the next step. They are curious about what happens to the methylation pattern when domesticated chickens become feral, and slowly but surely adapt to life in the wild. They have already started to investigate fowl populations on Hawaii, where feral chickens are found that are cross-breeds between junglefowl and domestic chickens without human interference. This will allow them to see how DNA methylation is regulated in wild chickens in natural environments.

Published by Sciencedaily.com on September 21, 2020