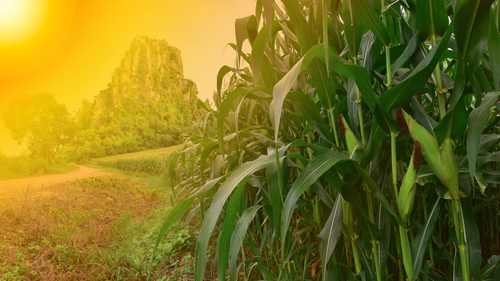 A Dutch university has grown the Netherlands’ first crop of bananas as part of a research programme that could help protect the fruit from a deadly fungus that threatens production worldwide.

Wageningen University grew 60 banana plants in its greenhouses on coco peat and rock wool, avoiding the threat of a soil-borne fungal disease that could destroy hundreds of thousands of hectares of banana plants around the world, local media reported. The crop will be offered to local hospitals and restaurants.

Gert Kema, a professor of tropical plant pathology, said the success would lead to further research into combating Fusarium wilt.

“It threatens banana production throughout the world,” Kema said. “So we took the banana out of the soil. The plants grow very well, with only the application of a nutrient.”

Bananas are a staple food for more than 400 million people in the tropics, according to the university.The Fusarium fungus contaminates soil for decades and cannot be suppressed, and is threatening banana production throughout south-east Asia.

Growing bananas in an artificial medium allows for the nutrients the plants receive to be tailored according to their needs, and cuts down on nutrient losses through leakage, Kema told the university’s website.

“The Dutch banana also does not need disease control, which makes cultivation more sustainable than in traditional production areas,” he said. Under this kind of “precision cultivation”, the plants can also be separated out more so that each gets more light, allowing individual bunches of bananas to ripen faster.

Several local companies and the Swiss-owned banana producer and distributor Chiquita are looking into expanding the research programme, and a trial using artificial substrates is planned in the Philippines.

Published by www.theguardian.com on December 14, 2018