We can do it: five best practices on change management 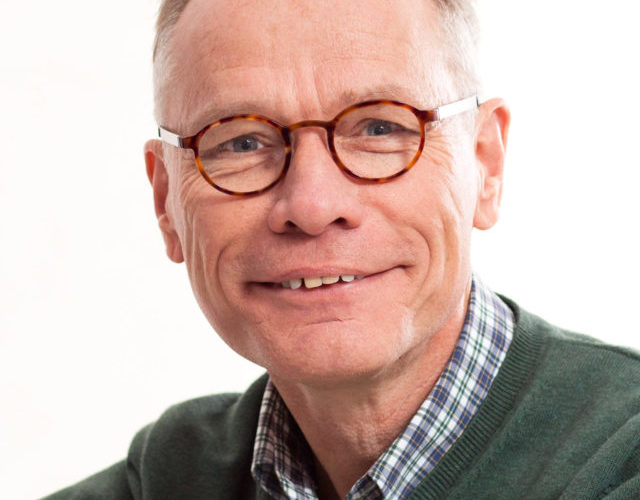 Peter Kauw,  Interim Plant Manager, shares his track-record of 39 years on change management in the food and packaging business in a three-part blog series. He worked 27 years at a dairy company and eight years in a can packaging manufactory. From this, he gained extensive experience in change management focused on operations. In recent years, he also worked as an Interim Manager in SME companies. In this second blog, Peter puts forward his five best practices on change management during his time managing a large can plant.

A company with potential but without results

A company with a lot of potential, but whose future was in danger. That was the situation of a large can producer for the beer and beverages industry in the southern part of The Netherlands. From a logistical point of view, the company’s location was favourable, amidst their largest customers. These customers grew exponentially, which meant that the potential market demand should increase. Nevertheless, the turnover rate was not positive, despite the company’s repeated attempts to change this. International top management didn’t know how to proceed and was severely disappointed in the attitude and the behaviour of employees in The Netherlands. It came to the point that the company was seriously considering shifting the production to the sister company in Germany.

I knew enough: it was time for change.

The ideal image that the top management had for the plant’s future was drastic and could ultimately lead to major consequences. I see myself as a people manager and I had the necessary experience in the north of the country dealing with change. Such as during my time as Plant Manager of the cheese factory in Bedum. But I quickly realised that this part of the country was a different story. Would I succeed as a true Northerner amongst the people of Brabant? After thoroughly considering the pros and cons, I decided to take on the challenge.

Putting the company in perspective

Besides the top management’s image of the company, I wanted to form my own opinion of the company and the people that worked in it. I started on the plant’s shop floor. What I saw, quite frankly, shocked me.

I was used to working in a high-quality food area, where every appliance and machine had to be in utilised in pristine conditions. What I came across in this can manufacturing plant was a completely the opposite. I decided to look at the indicators (KPIs) of the number of accidents and complaints from customers. While I was shocked to see the situation on the work floor, I was not shocked at seeing the high rates of accidents and absenteeism. The urgency was clear. I had no more time to lose. I was facing a challenge, but that did not diminish my drive for change.

Sharing observations with the team

The need for change was clear to me. But the Management Team (MT) of the plant had to realise this as well. This MT consisted of a Production Manager, Maintenance Manager, QA Manager, Logistics Manager, HR Manager and a Financial Manager. Most managers had been working for the company for years.

Every week, I shared with them my daily observations of the company, supported by images. The first MT meetings were not a success. The members were not aware of the urgency of change. Their reactions ranged from: “We have tried so many things, but are unable to get the employees moving in the right direction” to “We have addressed employees several times on their faults, but it doesn’t change anything” and “Most employees do not perform as they should”. Furthermore, the Operational Managers made a poor impression on me. Diving deeper, I noticed that they had no control over their staff.

During these meetings, we comprehensively discussed the performance results, as well as what the top management expected from the team and what management in general had to do. The MT agreed that major change was inevitable, but how to execute on this? That was a mystery to most. My conclusion was: this team couldn’t turn the tide.

Was the motivation and ability of the MT enough to change the organisation? I wanted to know the answer to that question. That is why I scheduled individual meetings with the managers. I was able to conclude the following:

The other managers were sufficiently capable for the time being. In conclusion, we had to fill two positions as soon as possible and one manager started an improvement process. A good result. The change had begun.

The start of the new HR Manager and Maintenance Manager had a huge positive impact on plant development. They decided to:

The dynamics clearly came about, and they presented results. Vacancies that were open for a long time were filled. New and fresh people started working in the production and technical department. In addition, the new and more experienced Maintenance Manager designed a clear multi-year plan for the maintenance of the plant that was approved by the MT. This gave structure and direction to the employees, which, incidentally, led to confidence.

Employees on the move

Pursuing an atmosphere of openness and trust, we as management organised a brainstorming session with 50 people from the middle management. During this meeting, the sales and back offices teams were also present. These departments were important, because they are connected to the mill. Furthermore, their extensive customer knowledge was crucial during the discussions for any improvement action plan.

Firstly, we created different groups enabling each discipline to be represented. Then we asked the groups to identify where the pain was at in the organisation, and how we could relieve or solve it. In other words, what solutions would lead to a better performing factory? The new colleagues participated enthusiastically. The veterans found it difficult at first, but actively participated later on.

The result was amazing. The session led to concrete and valuable ideas. Ideas that we as management had not thought of. A definitive and supported action plan was drawn up. The plan consisted of different agreements, one of them concerning the work floor. Everyone was responsible for making sure that the factory was clean and safe. We decided to celebrate our success with a joint meal. This was also beneficial for the team building process.

In this blog, I discussed the start of a crucial change process that took place in a can manufacturing company. It paved the way for a successful five year period of change. The factory developed into a standard, well-functioning plant. Confidence by top management was restored and they decided to make major investments.

The best practices on change management were:

We want to thank Peter Kauw for his time and sharing his knowledge on change management. Can you relate to Peter’s story, or do you have a different way of dealing with change management? Please, share your story with us via info@foodsciencescommunity.com or call us on +31 (0)630076674. Lastly, stay tuned for the last post from Peter.

We would like to thank Peter Kauw for his contribution.

Would you also like to write for the food (sciences) community? Let us know and feel free to contact us by sending an email to info@foodsciencescommunity.com.