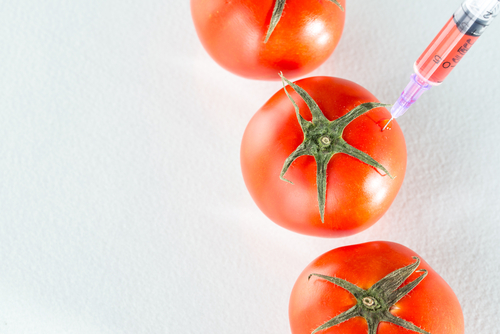 Spicy tomatoes could soon be on the menu thanks to the rise of genome-editing technology, say researchers.

It is not the first time experts have claimed the techniques could help to precisely and rapidly develop fruits and vegetables with unusual traits: scientists have already been looking at changing the colour of kiwi fruits and tweaking the taste of strawberries. But researchers in Brazil and Ireland say such methods also could offer practical advantages, with spicy tomatoes offering a way of harvesting capsaicinoids, the pungent chemicals found in chilli peppers.

“Capsaicinoids are very valuable compounds; they are used in [the] weapons industry for pepper spray, they are also used for anaesthetics [and] there is some research showing that they promote weight loss,” said Agustin Zsögön from the Federal University of Viçosa in Brazil, co-author of an article arguing for the benefits of engineering hot tomatoes.

Writing in the Trends in Plant Science journal, the researchers say chilli peppers are labour-intensive and difficult crops to cultivate, and it is tricky to keep the pungency of the fruits consistent. By contrast, tomato yields are high and the plant is well-studied, making it a good choice for turning up the heat. “You could produce [the capsaicinoids] in a more cost-effective manner,” Zsögön said.

Tomatoes and chilli peppers developed from a common ancestor but diverged about 19m years ago. “All the genes to produce capsaicinoids exist in the tomato, they are just not active,” Zsögön said.

Using a gene-editing technology, such as a variation of Crispr-Cas9, it would be possible to switch these genes back on in tomatoes, adding a kick to the everyday fruit, he said. Zsögön and his team are already working on the feat, and say they hope to have some news by the end of the year.

Zsögön added the endeavour was also about showing that genome engineering is a useful tool, and helping people to accept the technology. “There is the fun side – you just do it … because we can, basically – and there [are] the potentially interesting applications for agriculture,” he said. Zsögön said he was personally looking forward to hot tomatoes to make guacamole, but added that it might be best if the spicy produce did not end up at Spain’s annual tomato-throwing competition. “There could be injuries,” he said.

Published by www.theguardian.com on January 7, 2019