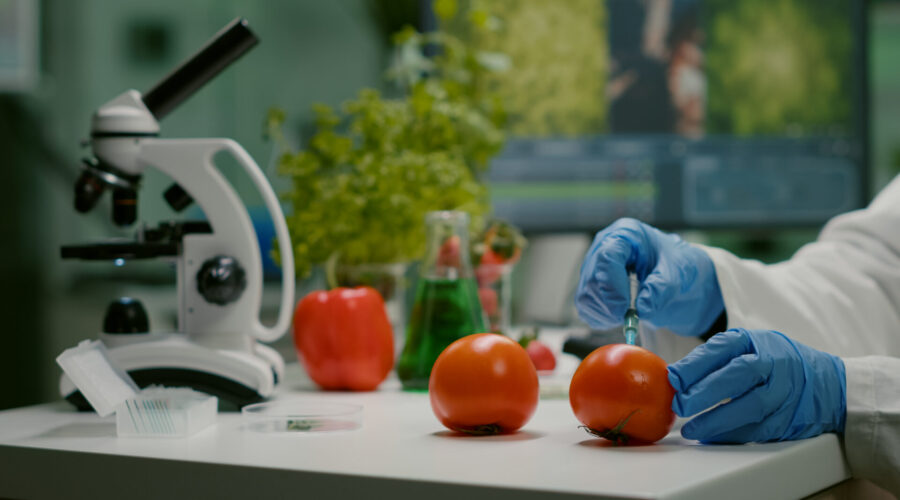 GMO foods will now be labeled “bioengineered” under — ironically — “new food disclosure rules” in the U.S. that took effect on New Year’s Day, because renaming something that has long been associated with negative outcomes is only called “disclosure” by a globalist deep state.

As reported by The Epoch Times, food manufacturers were given until Jan. 1 to comply with the new rules, which were actually formulated and issued under the Trump administration. But his hand was forced by a law passed by Congress during Barack Obama’s last year in office creating “a national standard for disclosing foods that are or may be bioengineered.”

The national standard “avoids a patchwork state-by-state system that could be confusing to consumers,” said then-Agriculture Secretary Sonny Perdue, who served under Trump.

Again, a ‘national standard’ now means individual states or localities who want to continue using the more familiar ‘GMO’ label will now be prohibited from doing so. And while “bioengineered” seems to be an accurate term, it will no doubt be ‘lost in the shuffle’ as Americans who were accustomed to seeing the other term could wind up being confused by the new one.

Fortunately, there are groups out there who have not only objected to the change but have also filed court action to stop it, including the Center for Food Safety, which says the labeling requirements will only confound consumers.

“These regulations are not about informing the public but rather designed to allow corporations to hide their use of genetically engineered ingredients from their customers,” Andrew Kimbrell, executive director of the center, said in a statement. “It is a regulatory scam, which we are seeking to rescind in federal court.”

In addition, the Organic Trade Association, the Institute for Agriculture and Trade Policy, and The Non-GMO Project have all lodged their opposition to the new rule as well.

“Overall, many products containing GMOs will not be labeled, meaning that the absence of a bioengineered (BE) disclosure does not mean a product is non-GMO,” the project said in a statement after the new rules were implemented.

Congress, in the National Bioengineered Food Disclosure Law, ordered food manufacturers to place on labels text, a symbol, or a digital link such as a QR code if products have bioengineered ingredients. Lawmakers used the term bioengineered, but allowed the Department of Agriculture to use similar terms. However, the agency opted to stick with just bioengineered.

There are actually supporters of the new regulation, however, including ‘food industry’ organizations such as the Food Marketing Institute and the Grocery Manufacturers Association.

“The rule provides a consistent way to provide transparency regarding the foods we sell and allow[s] our customers across the country the means to learn more about grocery products containing bioengineered ingredients,” the institute noted in 2018.

But some supporters have also asked the Biden regime to delay the rule implementation deadline because of the still-worsening supply chain crisis that the current administration had a hand in worsening.

The regime “must take a ‘do no harm’ position right now that allows companies to focus on delivering for consumers,” said the Consumer Brands Association in a recent statement.

GMO foods, no matter what they are called, continue to be problematic for consumers.

For example, in 2019, a former Monsanto bioengineer-turned-whistleblower admitted that GMO potatoes he helped create attract all kinds of toxins, including those not found in the food crop before modification.

Dr. Caius Rommens, who spent six years in Monsanto’s disease control program and developed thousands of strains of GMO potatoes, found that most of them turned out to be mutated, sterile, short on chlorophyll, or stunted.

For Insect Farming to Work, Scientists Need to Build a Better Bug

Fungi-based meat alternatives to help save the Earth’s forests