Health risks and disease related to salt and sodium 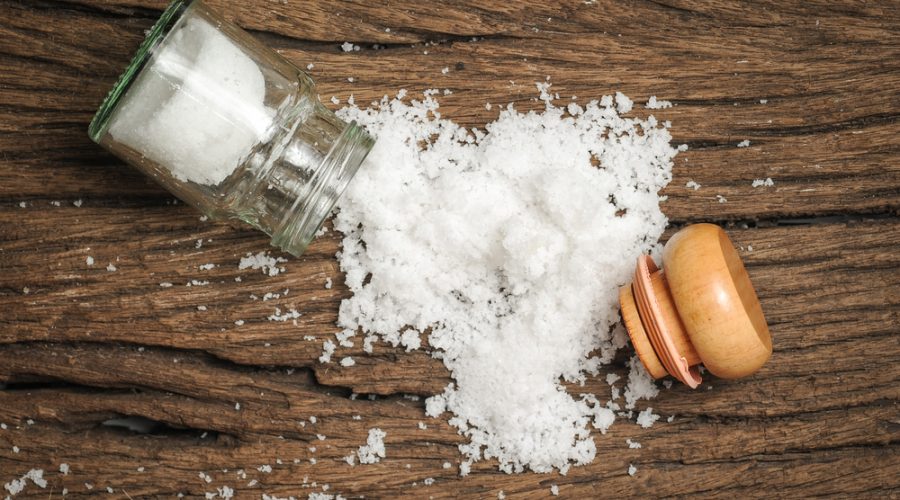 Did you know salt and sodium are regulated in the body by your kidneys, and it helps control your body’s fluid balance? Salt, also known as sodium chloride, is about 40 percent sodium and 60 percent chloride. Salt and sodium are minerals that are essential for life. It also helps send nerve impulses and affects muscle function. When consuming too much sodium it can have a negative impact on your health and your ability to prevent diseases.

Research says that people over the age of 50 with high blood pressure or people with diabetes are at high risk developing health problems related to salt consumption. Read here what effects salt and sodium have on health disease and how you can prevent this.

The balance of salt and sodium

Your body has different mechanisms to ensure you maintain a certain sodium concentration in your cells and tissues. As sodium assembles, the body holds onto water to adulterate the sodium. With this, both the amount of fluid surrounding cells and the volume of blood in the bloodstream, increases. Nevertheless, when you consume too much sodium it can have a negative impact. Your kidneys are impotent to eliminate enough salt, when the quantity of sodium becomes too high. Therefore, your body holds on more water in order to adulterate the extra sodium. This raises fluid around the cells and the blood volume. Increased blood volume results in more work for the heart, and more pressure on blood vessels. Over time, the blood vessels can stiffen because of the extra work and pressure of the heart, which raises the blood pressure and potentially causing long-term health problems.

Too much sodium will increase the volume of the blood. This puts more pressure on the walls of the arteries, and raises the blood pressure. Over time, the increased pressure may influence vessel walls, which makes them more stiff and less elastic. When blood volume is high and arteries lose their elasticity, the added pressure also tires out the heart by forcing it to work harder to pump blood through the body, so it can reach all the organs.

In 2009, the relationship between too much intake of sodium and cardiovascular disease was confirmed/verified. This research was done through a large review, which has been published by the “British Medical Journal”. Herein over 177.000 human subjects were assessed for the quantity of salt intake and incidence of heart disease. Research says that those who consumed the most quantity of salt had a significantly higher incidence of these disorders than those who consumed less. According to the Harvard School of Public Health, high salt intake may also be linked to osteoporosis, or thinning of the bones, because sodium retention can lead to loss of calcium from bones. Also, too much sodium may increase the risk for stomach cancer as well.

Recommendation on salt and sodium

In order to prevent health risks and diseases related to salt and sodium, it is highly recommended for most adults to intake one teaspoon of sodium a day, which is 2.300 milligrams. For those who are at high risk of high blood pressure should only consume almost half, which is 1.500 milligrams of sodium. It is recommended to lower your sodium intake, by replacing table salt by salt substitutes or salt-free spices. Furthermore, it is important to try to avoid processed and prepared foods containing lots of salt, and use rather fresh foods instead. Another recommendation is to limit your intake of sodium-rich spices such as soy sauce, and to check food labels for sodium-containing ingredients such as monosodium glutamate or baking soda. Following the above-mentioned points will help you prevent taking too much sodium which will lower the risks on diseases.

As mentioned before, salt and sodium are minerals that are essential for life, but too much sodium intake can have a negative impact on your health, which can result in high blood pressure and increased the risks on other diseases, such as stomach cancer. Therefore, it is important to be alert on how high your sodium intake is. Do you want to prevent yourself from health risks and diseases, the above-mentioned recommendations will help you prevent taking too much sodium, which will lower the effects of salt and sodium and risks on diseases.