Grapes consumption have impact on health and lifespans 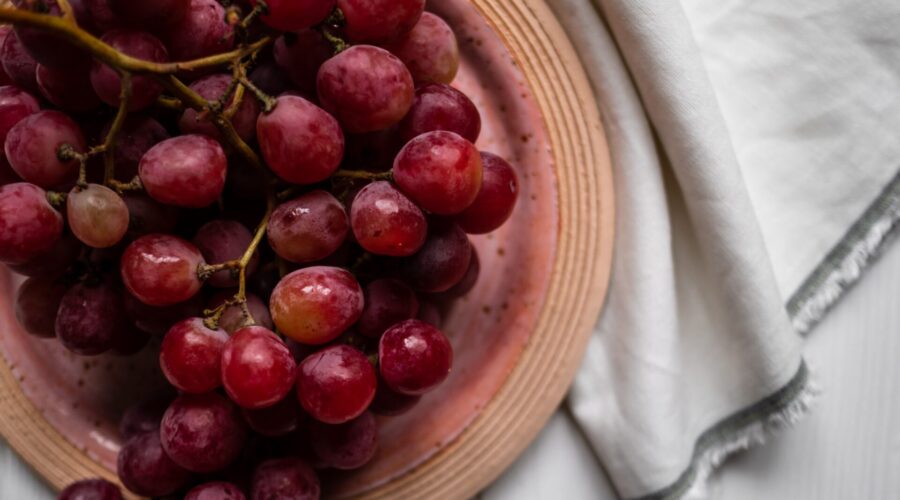 In comprehensive studies published recently in the journal Foods, it was reported that the long-term addition of grapes to the diet of mice leads to unique gene expression patterns, reduces fatty liver, and extends the lifespan of animals consuming a high-fat western style diet. The research team was led by Dr. John Pezzuto of Western New England University.

Pezzuto, who is an author of over 600 papers in the scientific literature, said he was especially amazed by these results. “We have all heard the saying ‘you are what you eat’ which is obviously true since we all start out as a fetus and end up being an adult by eating food. But these studies add an entirely new dimension to that old saying. Not only is food converted to our body parts, but as shown by our work with dietary grapes, it actually changes our genetic expression. That is truly remarkable.”

What is the effect of this alteration of gene expression? As shown in this paper, fatty liver is prevented or delayed. Fatty liver is a condition that affects around 25% of the world’s population and can eventually lead to untoward effects, including liver cancer. The genes responsible for the development of fatty liver were altered in a beneficial way by consuming grapes. In ancillary work, not only is the expression of genes altered, but metabolism is also changed by dietary grapes. This study was recently published by a collaborative team led by Dr. Jeffrey Idle in the journal Food & Function.

In addition to genes related to fatty liver, the work found that the grape-supplemented diets increased levels of antioxidant genes. According to Pezzuto, “Many people think about taking dietary supplements that boast high antioxidant activity. In actual fact, though, you cannot consume enough of an antioxidant to make a big difference. But if you change the level of antioxidant gene expression, as we observed with grapes added to the diet, the result is a catalytic response that can make a real difference.”

Another remarkable effect demonstrated in this research was the ability of grapes to extend the lifespan of mice given a high-fat western pattern diet. The high-fat western pattern diet is known to be associated with adverse conditions such as obesity, cardiovascular diseases, diabetes, autoimmune diseases, cancer, and Alzheimer’s disease. Adding grapes to the diet, which did not affect the rate of consumption or body weight, delayed natural death. Although translating years of lifespan from a mouse to a human is not an exact science, Pezzuto notes that his best estimate is the change observed in the study would correspond to an additional 4-5 years in the life of a human.

Precisely how all of this relates to humans remains to be seen, but it is clear that adding grapes to the diet changes gene expression in more than just the liver. In studies recently published in the journal Antioxidants by Pezzuto and his team of researchers, it was found that grape consumption alters gene expression in the brain. At the same time, grape consumption had positive effects on behavior and cognition that were impaired by a high-fat diet, suggesting that the alteration of gene expression was what produced this beneficial response. More studies are needed, but it is notable that a team led by Silverman at the University of California, Los Angeles (UCLA) reported that the daily administration of grapes had a protective effect on brain metabolism. This new research indicates that this is due to alteration of gene expression.