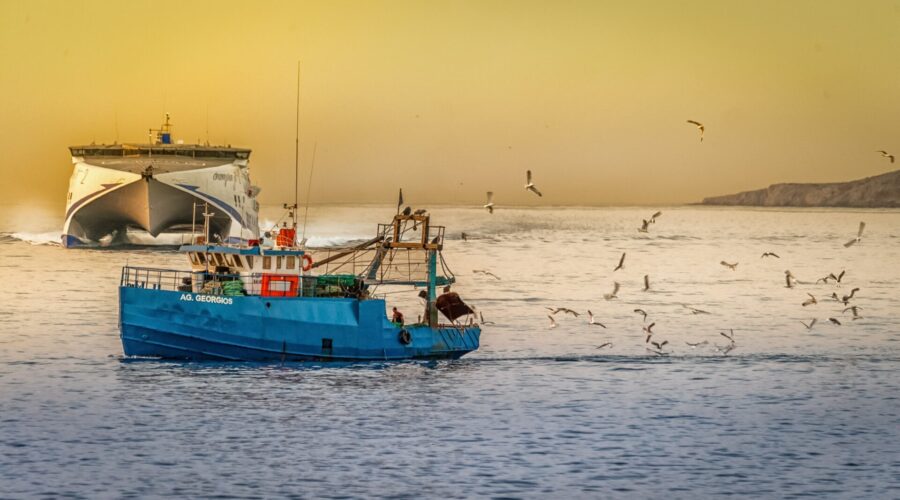 Demand for food is set to rise substantially in the coming decades, which raises a question: How well can the ocean fill the gap between current supply and future need?

To find an answer, the High Level Panel for a Sustainable Ocean Economy — 14 world leaders working to facilitate a more resilient future for people and planet — turned to an international consortium of experts whose breadth of knowledge encompasses economics, biology, ecology, nutrition, fisheries and mariculture.

“Basically the question we were trying to answer was: Does sustainably managing the ocean over the next 30 years mean we will produce more food, or less?” said Christopher Costello, a professor of environmental and resource economics at UC Santa Barbara’s Bren School of Environmental Science & Management. Costello is the lead author of an Ocean Panel paper as well that is also new research published in the journal Nature.

Given the growing demand for food and the constraints of expanding land-based food production, ocean-based foods — nutrient-rich and a good source of protein — are poised to be the next great stand against food insecurity for the estimated 9.8 billion people on the planet by 2050. But can we produce more from the ocean without collapsing its ecosystems?

“I think many of us went into this thinking that to manage the ocean sustainably, we would have to extract less, which would mean less food from the sea,” Costello said. What the researchers found, however, was the opposite.

“If done sustainably, you could actually increase food from the sea, and by an outsize proportion relative to expansion of land-based food,” said Costello. “And it could be done in a way that’s much more environmentally friendly for the climate, biodiversity and other ecosystem services than food production on land.”

In fact, sustainability is key to the successful increase in food production from the ocean. “By improving sustainability and equity through a range of actionable policy and business commitments, food from the sea has the potential to expand in the future, nourishing the growing human population,” said Stefan Gelcich, an associate professor at the Pontificia Universidad Católica de Chile and a co-author on the study.

“We’ve had a history of overexploiting many fisheries, but we’re seeing governments starting to implement better fisheries management policies,” Costello said. “And when you rebuild fisheries, you restore the health of the ocean and that allows you to have more food.” The researchers estimate a roughly 16% increase in wild-caught seafood by 2050 if fisheries are sustainably managed. Conversely, failure to improve management could lead to significant reductions in seafood production from wild fisheries.

Farmed seafood stands to see an even greater increase in food production if done in balance with nature; some places with unsustainable mariculture would have to be scaled back, possibly rehabilitated, and other areas encouraged to develop sustainable seafood farms. With innovations that reduce mariculture’s dependency on fish-based feed and effective policies that can lower the barriers to initiating environmentally friendly mariculture operations, farmed fish and shellfish production can increase dramatically.

“More rapid alternative feed adoption and efficiency improvements in aquaculture will be key for scaling sustainable marine production,” said Halley Froehlich, an assistant professor in UC Santa Barbara’s Department of Ecology, Evolution, & Marine Biology and Environmental Studies and also a co-author on the study. While sustainable supply could increase by more than six-fold, when both supply and demand are considered, she added, the likely increase in mariculture is between 2 to 4 times, depending on future demand.

There’s no better time than the present to start sustainably planning and growing the system that could be feeding us in a generation, according to Costello, who pointed out that increases in population and wealth, along with the awareness that seafood is particularly nutritious, will drive future demand.

“Demand for meat tends to increase with wealth,” said Costello, adding that the group also looked at the potential demand for seafood — a rare and sometimes overlooked assessment — and found that potential growth in supply could more than meet projected demand.

Projections of population and income by 2050 suggest a future need for more than 500 million metric tons of edible meat per year for human consumption, a 38% increase from today’s production. Supplying that demand with land-based meat production would be difficult due to less available space and environmental impacts; shifting to ocean production could ease that pressure while supplying meat that is sustainably sourced and overall healthier for people.

“As people’s diets shift, as they get wealthier, as the population grows, as they start to realize that fish are more nutritious and healthier than land-based sources of meat, the demand grows,” said Costello. “That raises prices and creates an economic incentive to generate food from the sea.”

Published by Sciencedaily.com on August 19, 2020