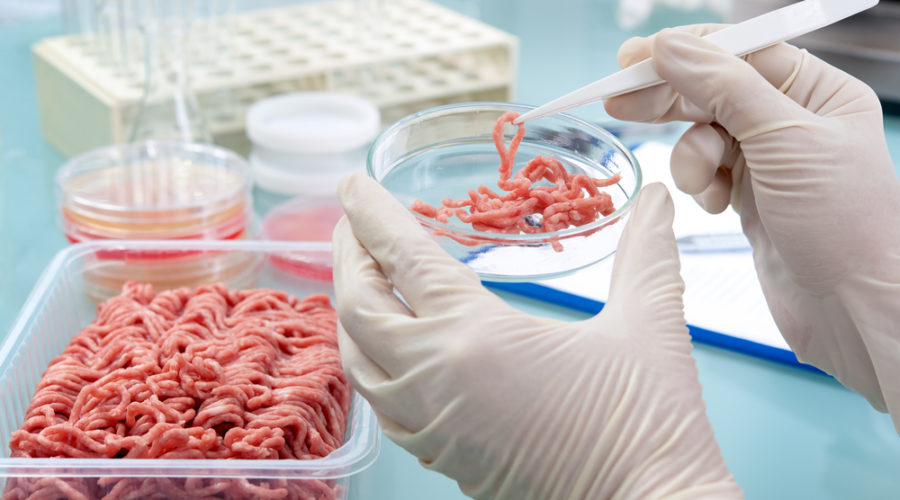 Impossible Pork debuts at tech conference CES in Las Vegas this week, and attendees will be able to taste the new product. Like the Impossible Burger, the plant-based pork is made with soy protein and is designed to look, taste and cook like real meat.

Others will be able to try a sausage version of the product when it arrives at 139 Burger King restaurants later this month. Some locations in Georgia, Michigan, Illinois, New Mexico and Alabama will serve a croissant breakfast sandwich featuring the Impossible Sausage for a limited time. Much of the hype surrounding plant-based meat has been focused on beef substitutes.

Impossible and its main competitor, Beyond Meat (BYND), both see huge opportunities for growth in Asia.

“In the next year or two, we are putting a lot of effort into expanding into international markets, particularly in Asia, where pork is the dominant meat product,” Impossible CEO Pat Brown told CNN Business. During a call discussing Beyond Meat’s third-quarter earnings, the company’s CEO Ethan Brown said that “like many, we believe that Asia is a very attractive market for us,” adding “you will see us continue to be aggressive there.” The opportunity “to produce and sell pork dumplings, for example, in Asia is significant and not one that is lost on us,” he said.

For now, plant-based meat is generally more expensive for consumers than animal meat. But that could change as companies like Beyond Meat and Impossible scale up, and major food companies like Kellogg (K) and Nestlé (NSRGY) make more plant-based options mainstream. Although the crisis did not drive Impossible’s decision to start selling plant-based pork, it has “exacerbated the demand for a product like ours,” Brown said.

It also highlights the dangers of relying on animal meat for food, said Caroline Bushnell, associate director of corporate engagement at the Good Food Institute, a nonprofit that supports plant-based businesses.

“What it is exposed is the inherent vulnerability of a supply chain that is dependent on animals,” Bushnell said. “We are absolutely seeing that this current pork shortage has created a gap that the next generation of plant-based pork is perfectly poised to fill.”

As Americans think about ways to eat less meat, they are increasingly checking out pork alternatives in addition to chicken and beef substitutes.

Sales of pork alternatives grew nearly 15% in the United States in the 12 months ending in April 2019, according to the Good Food Institute. During that period, demand for jackfruit, which is often used to make vegan pork substitutes, jumped about 20%.

“A lot of the innovation to date has … been in beef,” said GFI’s Bushnell. “But we are already seeing a ton of exciting innovation across other product types within plant-based meat,” she added.

People who have turned to plant-based beef as a healthier alternative to meat may find meatless pork attractive for the same reason. A raw, two-ounce serving of the Impossible Sausage has 130 calories, 7 grams of protein, 9 grams of fat and 4 grams of saturated fat. A comparable serving of real pork sausage is usually higher in fat and more caloric, and delivers about the same amount of protein. Both products are processed and may not appeal to consumers who are seeking whole foods with few ingredients.

“I expect we will see an explosion in the number of plant-based pork options available over the next couple of years,” Bushnell said.

Plant-based meat is still a small sector compared to the massive meat industry, but it is growing. In May, Barclays predicted that the alternative meat sector could reach about $140 billion in sales over the next decade, capturing about 10% of the global meat industry. Restaurant chains are also looking for more ways to participate in the plant-based meat craze — particularly in the highly-competitive breakfast segment. Plant-based sausages offer a new opportunity, and restaurants are starting to add the product to their menus.

Burger King’s decision to test out a plant-based sausage sandwich follows Dunkin’s nationwide launch of a breakfast sandwich featuring Beyond Sausage. In December, Hardee’s and Carl’s Jr. announced a new suite of breakfast items that were also made with Beyond Sausage. For Dunkin’, the move appears to be paying off.

The chain first tested out a Beyond Sausage sandwich at its Manhattan locations this summer. The sandwich performed so well that the company decided to roll the product out nationally ahead of schedule.

“We were very pleased with how it performed in Manhattan,” said Dunkin’ CEO David Hoffman during an analyst call discussing third-quarter earnings, adding that the brand was especially happy to see customers buying the product more than once — a sign that they see the plant-based sandwich was more than just a novelty.

Burger King’s chief marketing officer Fernando Machado said that the new breakfast product could help the fast food chain compete during breakfast, adding that “breakfast sets the intention for the whole day. If you can switch to a plant-based patty at breakfast, you can do it at other times too.”

That could help out restaurants like Burger King, which found that the Impossible Whopper helps boost sales and bring customers into stores.

Published by CNNBusiness on January 7, 2020
Image from Shutterstock