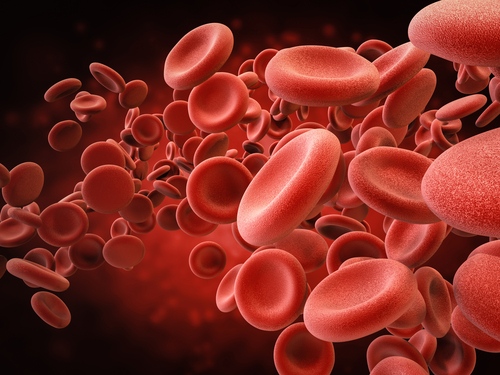 A team of researchers from the Okinawa Institute of Science and Technology Graduate University in Japan found that there are more benefits to fasting than just losing weight.

Their study, which saw participants undergo a 58-hour fast, found that the body switches from burning glucose to burning fat for energy during fasting, thus producing ketones, butyrates, acylcarnitine and branched-chain amino acids. The team did not include any obese participant in the study, as obesity is known to change markers during fasting.

The participants had their blood drawn 10, 34 and 58 hours from the start of their fast. Some of the markers peaked at 34 hours, while others had not yet plateaued by the end of the 58-hour fast. All in all, the team was able to identify 44 substances whose levels changed over the fasting period. In past studies, researchers were only able to identify 14.

Among the compounds they identified were two butyrates that were “nearly invisible” at the 10-hour mark but reached “major peaks after 34 and 58 hours of fasting.” Butyrates are naturally occurring chemicals that help maintain intestinal homeostasis by protecting the intestinal barrier and mucosal immunity.

The team also identified tricarboxylic acid (TCA) cycle-related compounds that “reflect enhanced mitochondrial activity in tissues during fasting.” While previous animal studies have demonstrated that fasting can prolong an organism’s lifespan, the researchers in the present study were looking for unknown health benefits of fasting for himans.

There are three metabolites that decline with age: leucine, isoleucine and ophthalmic acid. Blood tests revealed that fasting individuals have higher levels of these metabolites, which may help increase longevity. Data also revealed that the metabolism of pyrimidine and purine — important compounds for gene expression — was enhanced during fasting. This finding suggests that fasting may help reprogram the proteins in cells and promote homeostasis.

“We have been researching aging and metabolism for many years and decided to search for unknown health effects in human fasting. Contrary to the original expectation, it turned out that fasting induced metabolic activation rather actively,” said Dr. Takayuki Teruya, the first author of the study.

“People are interested in whether human beings can enjoy the effects of prevention of metabolic diseases and prolonging life span by fasting or caloric restriction, as with model animals. Understanding the metabolic changes caused by fasting is expected to give us wisdom for maintaining health.”

The meals a person eats are also important and could influence the success of one’s weight loss endeavors.

In one study involving 70 patients, researchers evaluated the effects of eating a carbohydrate-restricted morning meal. More than half of the participants were overweight or obese women and nearly one-third had diabetes.

The researchers divided the participants into two groups, one of which was assigned the low-carb breakfast. The remainder of the food in both groups’ daily diet was identical and the average intake was between 1,300 and 1,500 calories per day.

While both groups demonstrated improvements by the end of the study, those who ate restricted carbohydrate breakfasts showed an impressive 7.7-pound greater weight loss compared to the other group, which consumed the same number of calories as people on a Mediterranean diet. All the participants in the carbohydrate-restricted group also lost at least five percent of their body weight.

This finding shows that, besides fasting intermittently, controlling your intake of certain food components, particularly carbohydrates, can help you lose weight in a healthy way.