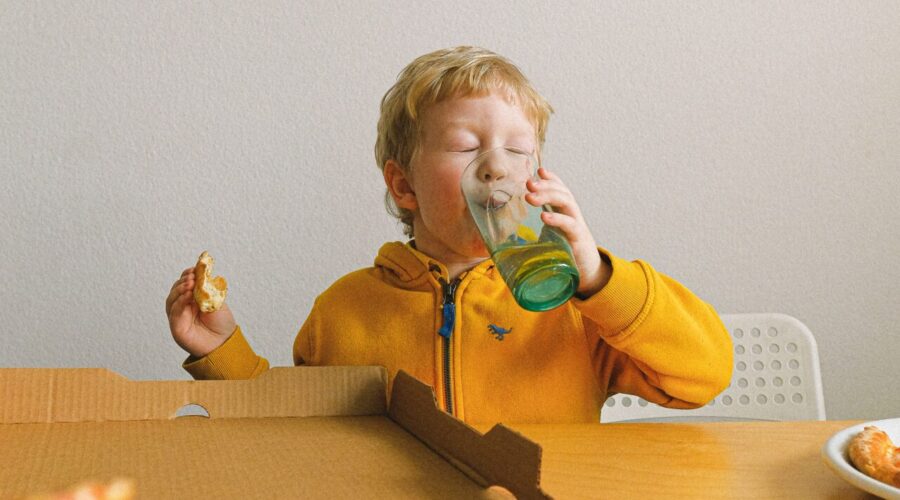 For some families, pandemic times have meant increased screen time, attending class from bedrooms, and maybe even more dinners from a drive through.

While many parents say their family has eaten healthier since the start of the pandemic, one in five report their children ate fast food more often, according to the University of Michigan Health C.S. Mott Children’s Hospital National Poll on Children’s Health.

“The pandemic disrupted many family routines, including where and what they eat,” said Gary L. Freed, M.D., M.P.H., poll co-director and Mott pediatrician.

“We know families’ lifestyles can impact children’s diets, and we looked to see how the pandemic may have changed their eating habits.”

Around one in six parents say their child eats fast food at least twice a week, reports the nationally representative poll, which is based responses from 2,019 parents of children aged 3-18.

Families’ views on fast food consumption varied based on parents’ perceptions of their child’s weight.

Parents also identified some barriers to home-cooked meals. Around 40% of parents reported being too busy to cook and one in five said they were too stressed. These challenges were also reported more commonly among parents with kids who were overweight.

Views on Fast Food
While almost all parents agree that fast food is unhealthy for their children, more than four in five feel it’s OK in moderation, according to the poll. Three-quarters of parents also agree with the statement that when stressed for time, fast food is a good family option.

A third of parents also say that fast food is good value for the money and 24% feel it is less expensive than making meals at home.

“Parents mostly acknowledge that fast food isn’t an ideal choice but see it as an acceptable ‘sometimes food,’” Freed said.

But parents don’t usually dictate their kids’ food choices at fast-food restaurants, with 88% allowing their child to choose what they eat and only 1 in 3 parents reading the nutritional information.

Sixty-seven percent of parents, however, say they encourage their child to choose healthier options and try to limit unhealthy items like fries and milkshakes.

“One fast-food meal often exceeds the recommended fat, sodium, and calorie intake for the entire day without providing many nutrients,” Freed said. “Parents should consider using nutritional information to help their kids learn how to make healthier choices. Trying to make those meals even a little bit healthier can have an important impact.”

Among the least healthy items on the menu are soft drinks and soda, which often contain the single largest source of calories for many fast food meals and have also been associated with childhood obesity.

Parents who said their children were overweight were almost twice as likely to report their child has a soft drink with their fast food compared to other families.

“Consuming sugary drinks poses a real health risk to both kids and adults,” Freed said. “It increases children’s risk of excess weight gain and tooth decay, and preventable conditions such as obesity.”

Encouraging water or milk with their fast food, he said, can help kids moderate the calories and added sugar they consume.

Silver Linings in Pandemic Health Habits
On the other end of the spectrum, the pandemic-era may have been linked to a healthier lifestyle for many families, with half of parents saying their kids had home-cooked meals more often since the COVID shutdowns began in March 2020.

Financial concerns may have also prompted some families to have more home-cooked meals, allowing parents to shop for bargains and plan additional meals with the leftovers.

This may not be the case, however, for others who don’t have a car or who live far from a grocery store.

“We were encouraged to see that for many families, pandemic-related lifestyle changes seemed to actually prompt healthier eating habits,” Freed said.

“But for others, there were challenges and demands that may have made it difficult to maintain healthy eating, which can negatively impact children’s health.”