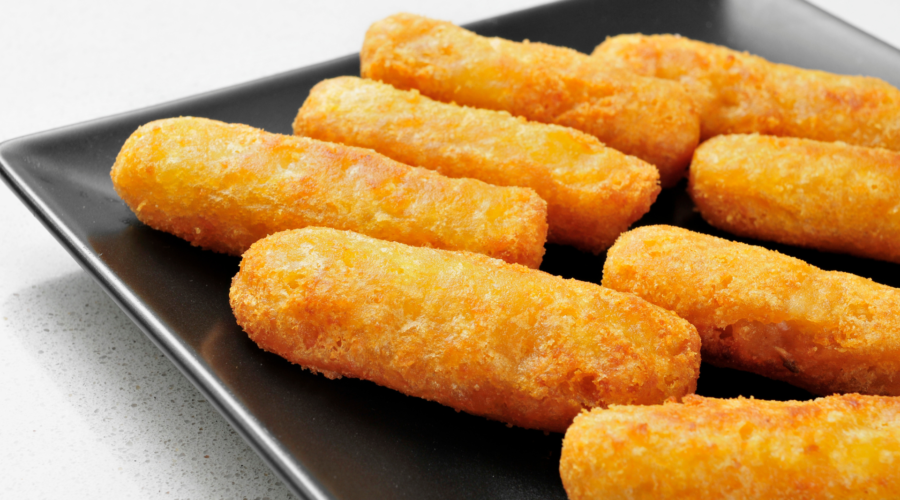 Berlin-based Bluu Seafood revealed fish sticks and fish balls made from cells cultured in a lab, without killing any real fish

Lab-grown fish products are one step closer to arriving on grocery store shelves. This week, Berlin-based Bluu Seafood revealed what the company says are the first market-ready products made from cultivated fish cells: fish sticks, fingers, and fish balls.

Bluu Seafood is now preparing to enter the complex web of regulatory approval processes in Asia, the United States, the United Kingdom and the European Union, meaning the cell-cultured products could be heading for dinner plates around the world within the next few years. The company hopes to be able to sell its products by 2025.

Since 2020, Bluu Seafood has been perfecting the art of making seafood such as fish sticks without actually killing any fish. It’s one of several companies working to develop lab-grown fish foods that may help address seafood production issues like overfishing, cruelty and contamination from heavy metals and plastics.

To make its products without harvesting any fish, the company collects tissue from a live fish, then uses stem cell technology to create duplicate cells by feeding them a “nutrient-rich medium” in a bioreactor, per the company website. The cells then begin growing up scaffolding structures to help give them the right fishy flesh texture.

Once the company has developed an initial biomass of cells, the system is self-sustaining and does not require any more real fish from that point forward.

These cultivated fish cells are the main ingredient in Bluu Seafood’s fish stick, fingers and balls, but the company also adds plant proteins to “optimise cooking behaviour and mouthfeel,” per a statement.

At the moment, Bluu Seafood is developing lab-grown cells from Atlantic salmon, rainbow trout and carp. The company is also working on more complicated fish products, including sashimi and fillets.

Cell-cultured fish and meat differ from meat substitutes and meat alternatives, or fake meats, in that they are made of “genuine animal meat,” according to the nonprofit Good Food Institute. By developing cells in a lab, producers can avoid some of the environmental, ethical, labor and space issues involved in raising animals for food.

Though seafood tends to be more environmentally friendly than other types of protein, such as beef, the fishing industry has its own set of problems. Marine habitats are becoming more vulnerable as the climate warms, and overfishing—the practice of harvesting too many fish from a specific area—is further disrupting delicate underwater ecosystems. Fishing also contributes huge amounts of plastic pollution to the world’s oceans.

During these times it can be hard to find the right professional for your Food (sciences) organisation. Are you struggling to find professionals with a passion for your Industry? Luckily, QTC Recruitment specialised in finding the right candidate for the right organisation. Discover how they can help you here!