Micro-organisms in plants protect against infections 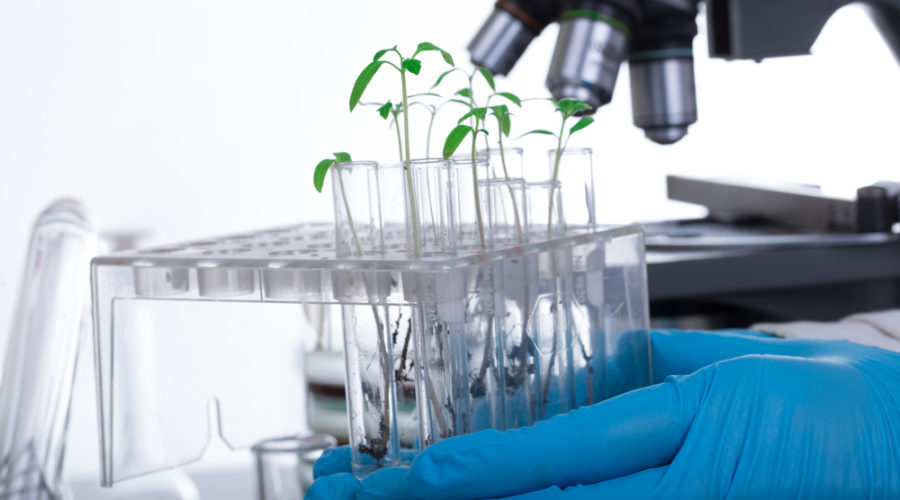 Micro-organisms living inside plant roots team up to boost the plant’s growth and tolerance to stress. An international research team led by the Netherlands Institute of Ecology (NIOO-KNAW) and Wageningen University & Research (WUR) reports its discovery in today’s issue of the renowned scientific journal Science.

Certain species of ‘resident’ bacteria can protect plant roots against fungal infections. Researchers from the Netherlands (Wageningen, Leiden, Rotterdam), Brazil, Colombia and the United States made this discovery using metagenomics: a form of DNA-technology that analyses genes from an environment to reveal the previously hidden diversity of the local microbial community.

“It’s without precedent that we were able to reconstruct the composition and functions of this community in plant roots based solely on DNA-sequencing”, says the study’s last author and research leader, Jos Raaijmakers fromFlive NIOO-KNAW.

We have discovered a real treasure trove of properties of which we do not even know the function yet. This is only the tip of the iceberg.

“Bacteria are essential to the functioning of plants, animals and people”, argues Raaijmakers. “Our main goal was to discover micro-organisms inside roots that are recruited by the plant when it’s under attack from fungal pathogens. Our study represents a big step forward for developing more sustainable crop production systems, with fewer pesticides.” So what exactly happens in plant roots when they’re on the verge of being infected? The researchers found out that ‘helping hands’ inside the roots begin producing all kinds of useful substances. Chitinases, for example: enzymes that break down the cell walls of attacking fungal pathogens.

This discovery allowed the researchers to develop tailor-made microscopic backup troops for plants, using Chitinophaga and Flavobacterium species. Experiments on sugarbeet consistently proved the effectiveness of this approach in suppressing fungal infections of the roots.

Genetic treasure trove
“The micro-organisms living in the roots also turned out to have a wealth of hitherto unknown genetic properties”, says Raaijmakers. New software, developed by researchers at Wageningen University & Research (WUR), facilitates the comparison of the DNA of thousands of species at once. Using this method, the researchers found more than 700 unknown gene clusters that produce unique substances. Only twelve had so far been recorded in worldwide databases. Raaijmakers: “We have discovered a real treasure trove of properties of which we do not even know the function yet. This is only the tip of the iceberg.” The NIOO researcher stresses that these discoveries were only possible because of the study’s multidisciplinary approach: “It included ecologists as well as microbiologists, molecular biologists, bio-informaticians and statisticians.”

The team’s research is part of the BackToRoots-project, which received funding from the Dutch Research Council’s AES Domain (Applied & Engineering Sciences). BackToRoots aims to enhance plant growth and productivity by exploring beneficial microbial communities, including ones found in wild ancestors of our present-day crops.

Published by Wageningen University on November 5, 2019
Image from Shutterstock