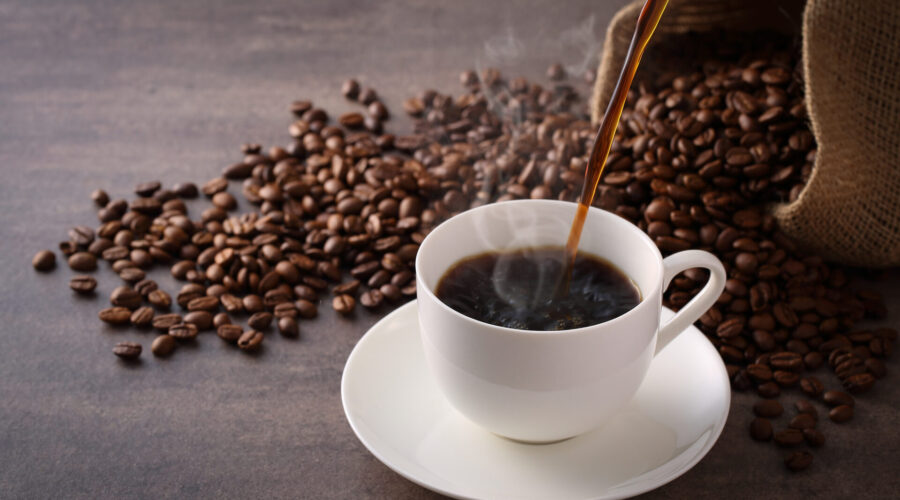 Pregnant women who consumed the caffeine equivalent of as little as half a cup of coffee a day on average had slightly smaller babies than pregnant women who did not consume caffeinated beverages, according to a study by researchers at the National Institutes of Health. The researchers found corresponding reductions in size and lean body mass for infants whose mothers consumed below the 200 milligrams per day — about two cups of coffee — believed to increase risks to the fetus. Smaller birth size can place infants at higher risk of obesity, heart disease and diabetes later in life.

“Until we learn more, our results suggest it might be prudent to limit or forego caffeine-containing beverages during pregnancy,” Dr. Grantz said. “It’s also a good idea for women to consult their physicians about caffeine consumption during pregnancy.”

Previous studies have linked high caffeine consumption (more than 200 milligrams of caffeine per day) during pregnancy to infants being small for their gestational age (stage of pregnancy) or at risk for intrauterine growth restriction — being in the lowest 10th percentile for infants of the same gestational age. However, studies on moderate daily caffeine consumption (200 milligrams or less) during pregnancy have produced mixed results. Some have found similar elevated risks for low birth weight and other poor birth outcomes, while others have found no such links. The current study authors noted that many of the earlier studies did not account for other factors that could influence infant birth size, such as variation in caffeine content of different beverages and maternal smoking during pregnancy.

For their study, the authors analyzed data on more than 2,000 racially and ethnically diverse women at 12 clinical sites who were enrolled from 8 to 13 weeks of pregnancy. The women were non-smokers and did not have any health problems before pregnancy. From weeks 10 to 13 of pregnancy, the women provided a blood sample that was later analyzed for caffeine and paraxanthine, a compound produced when caffeine is broken down in the body. The women also reported their daily consumption of caffeinated beverages (coffee, tea, soda and energy drinks) for the past week — once when they enrolled and periodically throughout their pregnancies.

Based on the women’s own estimates of the beverages they drank, women who consumed about 50 milligrams of caffeine a day (equivalent to a half cup of coffee) had infants 66 grams (about 2.3 ounces) lighter than infants born to non-caffeine consumers. Similarly, infants born to the caffeine consumers also had thigh circumferences .32 centimeters smaller (about .13 inches).

The researchers noted that caffeine is believed to cause blood vessels in the uterus and placenta to constrict, which could reduce the blood supply to the fetus and inhibit growth. Similarly, researchers believe caffeine could potentially disrupt fetal stress hormones, putting infants at risk for rapid weight gain after birth and for later life obesity, heart disease and diabetes.

The authors concluded that their findings suggest that even moderate caffeine consumption may be associated with decreased growth of the fetus.

Are you ready for a new challenge in the Food (Sciences) industry and do you want to discover innovative processes? Click HERE!