Most innovative ingredients in the plant-based industry 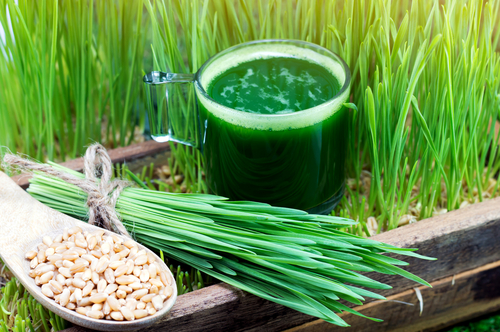 According to Euromonitor, the meat-substitute market is expected to reach $2.5 billion by 2023. As consumers turn to plant-based ingredients for both nutrition and sustainability reasons, companies are weighing up the best alternatives.

A recent report by Kerry found taste to be the number one barrier for the consumption and purchases of plant-based substitutes. As a result, innovation in the plant-based ingredient industry is booming. Ingredients such as hemp, seitan and jackfruit are likely to be used more frequently in products on supermarket shelves across the year as we see exponential growth in the plant-based market.

Here, FoodBev has provided a breakdown of five innovative plant-based ingredients that businesses are adopting to fulfill the ever-increasing consumer demand.

Hemp is derived from a strain of Cannabis Sativa Plant which, in the past, were grown predominantly for industrial use. Today, the consumption of hemp seeds has increased substantially and can be used to produce a large array of edible products, from hemp-based protein powder to cheese and milk. It is clear consumer attitudes towards the use of hemp and cannabis are changing significantly. Larry Levin, EVP, Market & Shopper Intelligence, IRI, said: “Consumer behaviours towards CBD, hemp and cannabis are changing. It’s no longer just a western United States phenomenon as more states legalise it.”

The BDS Analytics Consumer Research found 15% of adults aged 21 and over in the US have consumed products derived from hemp within the last six months. With health and wellness found to be the leading driver of plant-based purchases, it is clear that dietary benefits of hemp as an ingredient are helping to fuel this market.

According to the United States Department of Agriculture, in every 30g of hemp seeds, there is 9.46g of protein – almost as much as that of soybeans. Notably, hemp seeds yield all 10 necessary amino acids and are easily digestible. It is also extremely high in fibre, more so than its plant-based competitors, such as pea, soy and rice proteins.

In terms of sustainability, hemp is a particularly effective product. Not only is it healthy, can thrive in a range of soils and is fast-growing, but it does not require fertilisers or pesticides. It needs little water and has been found to sequester carbon effectively so is considered a ‘regenerative crop.’

Companies in the food and beverage industry are tapping into the demand for novel, innovative and sustainable ingredients by utilising the affordable and desirable attributes of hemp. Examples include Once Again’s Sunflower Hemp Butter, Elmhurt’s hemp creamer range and Good Hemp’s Chilled Milk.

Seitan is derived from wheat gluten and offers a high-protein, low-carb alternative to animal proteins. It can closely replicate the texture of meat and is therefore commonly used in plant-based burgers, steaks and patties.

The production method involves washing the starch away from wheat flour, which results in strands of gluten. It holds an extremely bland flavour making it a particularly versatile ingredient as it absorbs flavours such as spices and sauces especially well. Nutritionist Wynnie Chan said: “A three-ounce (85g) serving usually contains between 15 and 21g of protein, which is roughly equivalent to the amounts found in chicken or beef.” Not only is seitan low in calories and high in protein, but the ingredient is cholesterol-free, offering a great option for the health-conscious consumer.

With exponential growth clear in the plant-based ingredient industry, supermarket chains are using seitan’s desirable qualities to develop tempting and innovative products. For example, 2019 saw the launch of a seitan-based burger from British supermarket chain Waitrose & Partners. Other smaller companies such as Love Seitan and Upton’s Naturals, alongside larger corporations such as Sweet Earth Foods are capitalising on such growth.

Jackfruit is a tropical fruit from trees native to southwest India. It is used across a variety of dishes, but is increasingly popular as a plant-based meat alternative ingredient due to its texture and ability to absorb flavours.

Not only is jackfruit a good alternative to meat products because of its texture, but it is also low in calories, a good source of fibre and easily flavoured. In addition, it can help control blood sugar, as recent research found that those who consumed jackfruit extract saw an improvement in their blood glucose levels. Therefore, some suggest that this ingredient could be beneficial for managing diabetic symptoms.

The texture of jackfruit is considered similar to that of pulled meat, meaning it is often used as a substitute for plant-based versions of shredded chicken and pulled pork. For example, Jake and Nayns recently launched its BBQ flavoured jackfruit burrito, designed for the on-the-go, vegan consumer.

Donata Berger, founder of plant-based brand Bonsan, commented on the rise in jackfruit use: “We love shredded jackfruit as it’s so versatile. It has a great texture that’s perfect as a meat substitute. You can really get creative and include it in all your favourite dishes, from tacos to burgers and wraps.”

Pea protein, derived from the yellow split pea, is arguably currently one of the most sought after ingredients in the plant-based market. Powdered pea protein is a valuable alternative for those with intolerances or allergies to dairy or soy and holds between 17-25g of protein per serving.

According to a report by Allied Market Research, the global pea protein market was worth £26.2 million ($32 million) in 2017. This number is expected to increase dramatically to £144 million ($176 million) by 2025. Such figures saw Cargill, a leading producer of agricultural products, invest £61.5 million into pea protein manufacturer Puris last year.

The US and UK are leading the way in the use of pea protein. European Vegetable Association’s (Euvepro) Plant Protein Review found that the US and UK accounted for 20% and 11%, respectively, of global food and beverage launches containing pea protein. Evidently, this protein is an increasingly important ingredient in the global plant-based food and drink market. The versatility of pea protein is clear, with major companies utilising the ingredient in a wide range of applications, from Hain Daniels’ vegetarian sausages, to Ben & Jerry’s frozen desserts, to Huel’s high protein snack bars.

Joel Gfeller, chief of innovation at Good Catch, producer of plant-based seafood products, said: “Pea protein is a premium ingredient, new to the market and innovative with unique flavour and texture qualities that other proteins do not contribute. There is more of a gentle, subtle bite and tender texture.”

Whilst the array of plant-based products are ever increasing, there is growing demand from consumers for more natural, less processed products containing fewer ingredients. Recent research from Mintel found that 31% of consumers  view meat-free foods as overly processed. Tempeh, however, is considered a healthier plant-based ingredient that is made from fermented soybeans and taps into the growing trend for products that give rise to improved gut health.

Much like other plant-based sources, tempeh is a popular option for those following a vegan or vegetarian diet as it is rich in many nutrients. Whilst it is high in protein, vitamins and minerals, it is also low in sodium and carbohydrates. Clearly, tempeh is both versatile and nutritious, as it is easily flavoured and shares a chewy texture – similar to that of meat.

Alex Longton, founder of plant-based startup, Tiba Tempeh, said: “Our philosophy is planted in simplicity with our traditional tempeh block being made with just three simple natural ingredients of organic soybeans, live cultures and water. For centuries, tempeh has been a staple in Indonesia and our aim is to disrupt the market with an innovative range and marketing campaign to make tempeh mainstream in the UK.”

Published by foodbev.com on March 10, 2020
Image by Shutterstock