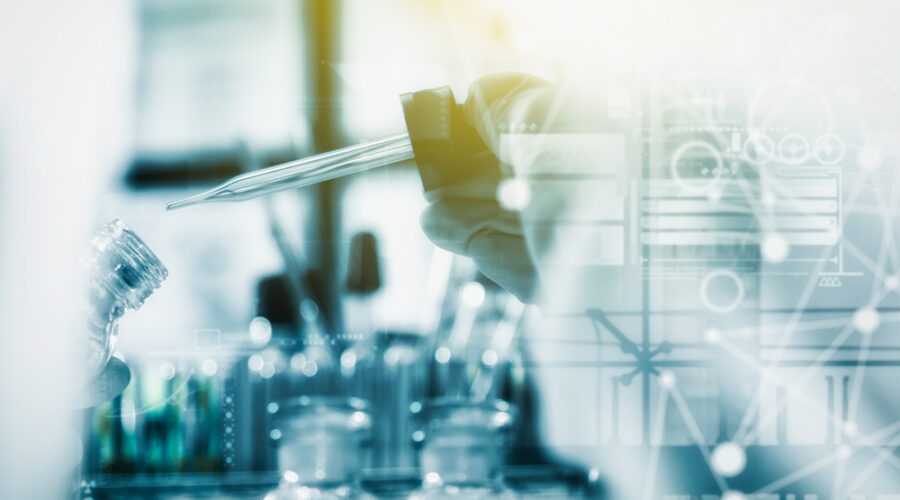 Air Protein has developed a method of making meat analogues out of carbon dioxide. Based on NASA ideas about how to grow food on board long journey spacecraft, Air Protein says its technology can create protein in a matter of hours and without the use of any arable land.

Currently, it takes more than two years—as well as a great deal of land and water—to make a steak. And that process of raising a cow to make a steak also emits a lot of greenhouse gases, says Lisa Dyson, CEO and co-founder of Air Protein.

“If we want to grow food more efficiently and sustainably to feed our growing population, we need new technology to take us there,” Dyson says.

That’s why her company, Air Protein, has developed a method of making meat analogues out of carbon dioxide, Dyson says. Based on NASA ideas about how to grow food on board long journey spacecraft, Air Protein says its technology can create protein in a matter of hours and without the use of any arable land.

Fundamentally, the process of making air-based meat is similar to making yogurt. It begins with a starter culture in a fermentation vessel. Air Protein combines elements from the air, such as carbon dioxide, oxygen, and nitrogen, along with water and mineral nutrients. Using renewable energy and the company’s proprietary process, protein is produced. The final product is protein that is rich in all essential amino acids.

To give the air-based protein the texture and flavour of different types of meat—chicken, pork, or beef—Air Protein uses a combination of pressure, temperature, and culinary techniques. And it happens quickly: It takes months to take crops from seed to harvest to table, and livestock can take years before their meat is ready for consumption, but Air Protein’s process makes protein in just a few days.

Air Protein’s technology has the potential to make analogues of most types of meat. By harnessing renewable energy and a streamlined supply chain, Dyson says the process has the potential to be cheaper and faster than other alternatives. Both scalable and economical, “it is, we believe, the most resource efficient way to make protein,” she says.

The ability to make amino acid-rich proteins in a small space and in a short amount of time could be transformative for the world’s food supply. For instance, Dyson says an Air Protein farm the size of Walt Disney World can produce the same amount of protein as a traditional protein farm the size of the state of Texas. “This independence from arable land means that food can be made with minimal resources, day or night, rain or shine, and in any climate or in any geography,” she says. “This flexibility can make for a more resilient and secure food supply.”

Published by ift.org on May 4th, 2020
Image by Shutterstock