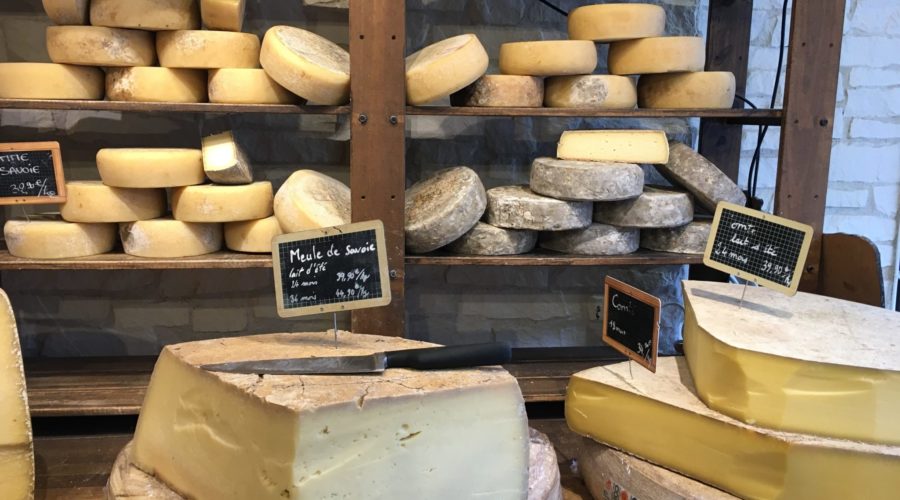 Specific bacteria found in cheese rind may reduce allergic reactions and improve the ripening process of some cheeses. This is according to a new study from Iowa State University of Science and Technology, (ISU), US, published in the peer-reviewed academic journal Scientific Reports.

The study found that certain bacteria that grow on cheese rind can inhibit the production of histamine, a compound responsible for allergic reactions to ripened cheese. The researchers say that the findings may allow people with cheese allergies to enjoy it without the repercussions and help producers standardize the ripening process and boost efficiency in this space.

Cheese varieties like Comte and Gruyere require long periods to ripen and obtain the desired flavour and aroma. During the ripening process, a biofilm of bacteria and fungi develops on the surface of the cheese. The microbial communities in this biofilm form naturally and are not inoculated by cheese producers, yet play a vital role in the ripening process and may protect the cheese from harmful pathogens, according to Schmitz-Esser.

“We still know surprisingly little about these microbial communities that grow on the cheese rind,” he notes. “We know that they work, but we don’t know a lot beyond that.”

Cheese rind is removed from a wheel of ripening cheese. Iowa State University scientists are studying the bacteria in cheese rinds in an effort to reduce unpleasant reactions in people with histamine susceptibility.
Credit: Monika DzieciolThe microbes, however, produce a compound called histamine that is involved in local immune responses, as a byproduct of fermentation, Schmitz-Esser says. Food with high levels of histamine may cause rashes and other symptoms associated with allergic reactions in roughly 1 percent of the population.

Modern cheese-making methods use advanced engineering, biotechnology and food science in order to maximize production and reduce any potential hurdles in development. Despite this, cheesemaking is an ancient practice and many of the standard procedures are based on traditional and age-old practices.

The handling and manipulation of bacterial cultures emerged as a technology by the 1890s. Advances in the selection, propagation and handling of starter cultures were essential in enabling cheesemaking to become industrialized and continue to influence cheesemaking practices today. An improved understanding of the biochemistry and genetics of lactic acid bacteria has allowed more targeted use of specific cultures that may offer greater control over culture performance and cheese flavour.

The researchers set out to find how exactly these microbes affect cheese production. Sampling cheese rinds originating in Austria, the team isolated the bacteria strains they contain. This allowed them to identify a particular bacterial genus, called Brevibacterium and sequence the genomes of three different species.

Additionally, the data allowed them to identify pathways in the bacterial genomes that are likely to govern the degradation of histamine. Following this, the researchers grew the bacteria in an experimental medium and demonstrated their ability to break down histamine.

According to Schmitz-Esser, not all the Brevibacterium strains the team studied possessed the genetic pathway that may reduce histamine content, but it may be possible to harness the strains that do express the pathway in the ripening process.

“Ultimately, this could allow us to intentionally use such strains that have the ability to break down histamine,” he explains. “These bacteria would support the ripening process and, at the same time, reduce histamine production.”

“The research could allow people who are susceptible to histamine reactions to enjoy ripened cheese and possibly help cheese producers standardize the ripening process and improve efficiency,” Schmitz-Esser says.

The ripening process of cheese represents a major investment by producers and optimizing the process may ensure that producers get the highest return on investment, he concludes.

Improving cheese production and fermentation continues to drive R&D among key dairy products manufacturers. Recently Chr. Hansen launched a new ingredient for modern cheesemakers positioned as a “game-changing” coagulant that enables up to 1 percent yield increase. CHY-MAX Supreme is claimed to be “the most precise and innovative coagulant on the market with superior functionality,” according to the company.

Earlier this year, Kraft Heinz launched Kraft Natural Cheese, made with milk from cows raised without the artificial growth hormone rbST. The company noted that the artificial growth hormone rbST can be given to cows to help increase milk production. However, no significant difference in quality has been shown between milk derived from rbST-treated and non-rbST-treated cows, said the company.

Published by FoodIngredientsFirst on April 17, 2019