Nutrients in microalgae: An environmentally friendly alternative to fish 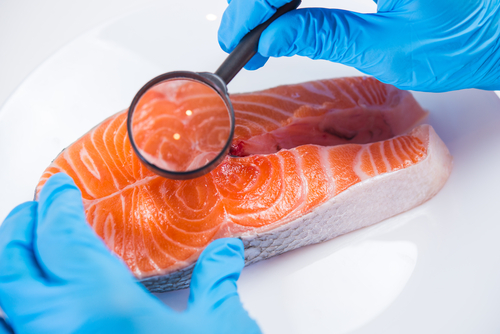 Microalgae could provide an alternative source of healthy omega-3 fatty acids for humans while also being more environmentally friendly to produce than popular fish species. This is the result of a new study by scientists from Martin Luther University Halle-Wittenberg (MLU). The study was recently published in the Journal of Applied Phycology and offers an initial indication of the environmental effects of producing microalgae in Germany.

Microalgae have been the focus of several decades of research — initially as a raw material for alternative fuels, but more recently as a source of nutrients in the human diet. They are mainly produced in open ponds in Asia; however, these ponds are at risk of potential contamination. Also, some species of algae are easier to cultivate in closed systems, so-called photobioreactors. “We wanted to figure out whether microalgae produced in photobioreactors in Germany could provide a more environmentally friendly source of essential nutrients than fish,” says Susann Schade from the Institute of Agricultural and Nutritional Sciences at MLU. Up to now, photobioreactors had usually only been compared to pond cultivation and they often scored worse due to their higher environmental impacts. “However, little research has been done on the precise extent of the environmental impacts of algae produced for human consumption, especially under climatic conditions such as those found in Germany,” adds Schade.

For their study, the researchers developed a model to determine location-specific environmental impacts. “One of the things we did was to compare the carbon footprint of nutrients from microalgae and fish. We also analysed how much both food sources increase the acidification and eutrophication in water bodies,” explains Dr Toni Meier, head of the Innovation Office nutriCARD at MLU. The researchers were able to show that microalgae farming has a similar impact on the environment as fish production. “However, if we compare the environmental effects in relation to the amount of omega-3 fatty acids produced, fish from aquaculture comes off far worse,” says Schade. One advantage of algae cultivation is its low land consumption; even infertile soils can be used. In contrast, both open ponds and the cultivation of feed for aquaculture require very large areas of land. In particular, fish species that are popular in Germany, such as salmon and pangasius, are primarily produced through aquaculture and therefore put the environment under a considerable amount of pressure. However, even fishing wild Alaska pollack had poorer values than microalgae for all environmental indicators.

“Microalgae should not and cannot completely replace fish as a food source. But if microalgae could be established as a common food, it would be another excellent environmentally friendly source of long-chain omega-3 fatty acids,” explains Meier. Several algae are already used as a food supplement in powder or tablet form and as an additive to foods such as pasta or cereals. It would be a way to reduce the current gap in the global supply of omega-3 fatty acids. At the same time, it would provide considerable relief to the world’s oceans.

Published by Sciencedaily.com
Image from Shutterstock