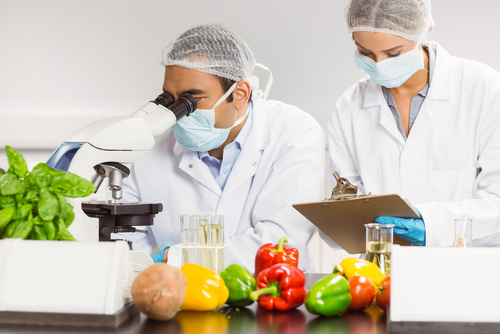 In times of unprecedented health and economic crises, EU food and agriculture policy is at a crossroads. An ambitious “Farm-to-Fork” strategy including meat-reduction targets is needed more than ever, according to ProVeg International and the European Vegetarian Union. The Farm-To-Fork strategy, which provides a sustainable food-policy roadmap for the European Commission, was initially scheduled to be published in March. Due to the current COVID-19 crisis, however, it has been postponed to an undecided date later in the year, prompting calls for greater urgency from MEPs.

The coronavirus outbreak has pushed calls for reductions in meat and dairy consumption, a theme which was already in the spotlight. The “The Plant-Based Revolution” is pegged by Innova Market Research as the second most significant trend expected to influence NPD this year, fuelled by growing consumer awareness of the impact of meat consumption on both personal and planetary health.

Within the vegan meat space, the market researcher’s 2018 consumer survey showed one in five US consumers “have eaten less meat across the past year.” Meat substitutes accounted for 14 percent of global meat launches in the first nine months of 2018, up from 6 percent in 2013.

Animal farming is one of the top three causes of environmental problems and is responsible for about 14.5 percent of global greenhouse-gas emissions, according to the Food and Agriculture Organization (FAO). Both the UN Intergovernmental Panel on Climate Change special report from October 2018 and the Eat Lancet Commission’s Planetary Health Diet report recommend plant-based diets as a major opportunity for mitigating and adapting to the climate crisis.

“This shift to meat-free consumption is not only urgently needed for environmental reasons – it can also serve as a mitigation strategy for future zoonotic pandemics, protecting public health and the stability of life as we know it, says ProVeg and the European Vegetarian Union. The link between animal farming and an increased risk of pandemics is already well-established scientifically, particularly in the case of intensive farming, where conditions are conducive to the emergence and rapid spread of diseases, such as COVID-19, the further detail.

Around 75 percent of all emerging infectious diseases are zoonoses. These include SARS, MERS, Ebola, rabies and certain forms of influenza transmitted via birds and pigs. Whether transmitted by wild animals, as is assumed with COVID-19, or farmed animals, as is the case with avian and swine flu, these diseases all pose serious threats to individual and global health.

“The global COVID-19 outbreak poses a health and economic crisis of unprecedented proportions. The EU must do everything in its power to lower the risk of future zoonotic pandemics and protect its citizens’ health and freedoms. A ‘Farm-To-Fork’ strategy, with ambitious meat reduction targets and policies around the promotion of plant-based diets as a mitigation strategy for future zoonotic pandemics, is essential to preserving the health of people and the planet as well as the stability of economies,” explains Jasmijn de Boo, International Director of ProVeg.

Meanwhile, Ronja Berthold, Head of Public Affairs of the European Vegetarian Union, states that it is “crucial that the EU quickly moves forward with its sustainability initiatives such as the ‘Farm to Fork’ strategy,” as it needs to contribute to shaping a safer, more resilient and climate-friendly food system and help prevent future crises.

As the world learns to deal with the coronavirus pandemic, eating behaviours are already changing. The global population is projected to reach more than 9.8 billion by 2050, and with this comes the challenge to secure sustainable, nutritious and plant-friendly food supplies. Earlier this week, FoodIngredientsFirst reported that cell-cultured seafood was set to make waves and the acceptance of “meat” grown in a lab taking off, the COVID-19 crisis could boost further progression in this sector.

Published by foodingredientsfirst.com on April 30, 2020
Image by Shutterstock