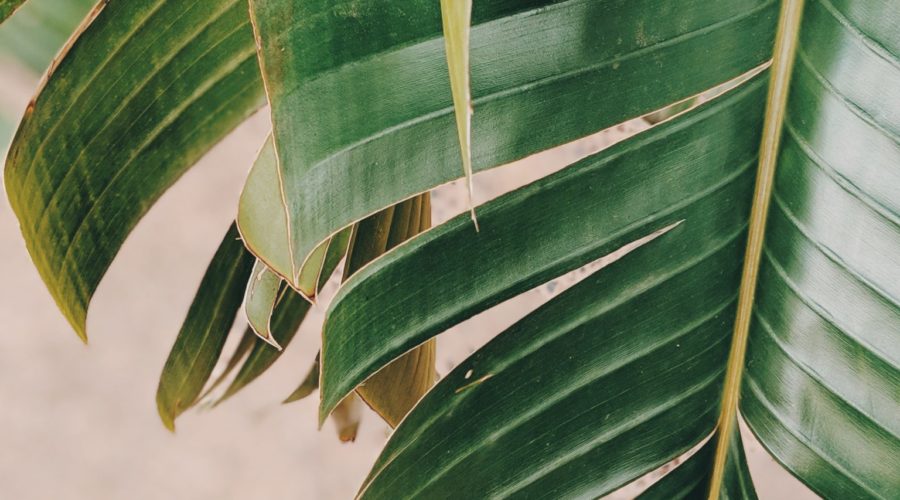 To reduce the plastic waste that their countries churn out every year, stores in Thailand and Vietnam have begun switching to an environment-friendly replacement for disposable plastic bags. Groceries and supermarkets in these Southeast Asian countries are now wrapping their produce in the leaves of local banana trees. Sixty percent of the plastic trash in the world’s oceans come from just five countries. Thailand and Vietnam feature on this list fairly prominently, although the biggest offender is – unsurprisingly – China.

Aware of their considerable contributions to the mountains of plastic trash floating in the oceans, these countries sought out ways to reduce their consumption of disposable plastic products.

In the tourist trap city of Chiangmai, Thailand, the Rimping Supermarket has started using banana leaves as disposable packaging for their produce. Its new practice has drawn wider attention after local real estate company Perfect Homes Chiangmai posted pictures of vegetables wrapped in sturdy leaves on their social media.

The post has garnered thousands of “likes” and other positive reactions. A comment by Perfect Homes Chiangmai states that consumers appear to approve of the eco-friendly food packaging.

Several stores in Thailand’s neighbor Vietnam have also switched to banana leaves as disposable packaging. For example, the South Korean-owned Lotte Mart chain runs several outlets in Ho Chi Minh City. One of its stores held a pilot trial for the practice of wrapping vegetable produce in banana leaves.

The Lotte Mart management says that they have high hopes for the results. If successful, they would implement banana leaf packaging in their other outlets.

Furthermore, Lotte Mart plans to use natural biodegradable wrapping for meat and other perishable products. Their initiative has drawn approval from many of their customers and potential consumers.

“When I see vegetables wrapped in these beautiful banana leaves I’m more willing to buy in larger quantities,” says one of the shoppers at Lotte Mart. “I think this initiative will help locals be more aware of protecting the environment.” (Related: Better than plastic: Study finds antimicrobial reusable coffee cups are safer.)

Lotte Mart is not the only retail chain trying out the sustainable wrapper. Locally owned cooperative retailer Saigon Co.op also use banana leaves in its stores at Ho Chi Minh City and four other Vietnamese cities.

The Hanoi outlets of Thai grocery retailer Big C Supercenter have started using banana leaves since April 1, 2019. Big C is the second biggest retailer in Thailand and operates branches in its neighbors, Laos and Vietnam.

Banana trees flourish in the tropical climate of Southeast Asia. They offer a natural, renewable, and local source of material for disposable packaging.

“Banana trees are common throughout Thailand and can yield leaves as big as 9 feet in length,” spokespersons from the non-profit organization Global Citizen explain. “People around the world already use them to cover various types of foods, and their sturdiness makes them an ideal form of packaging for fresh produce that sells quickly (because they’re biodegradable, they can’t sit on the shelf for months).”

In addition to banana leaf packaging, Vietnamese stores are exploring other alternative materials to plastic. Lotte Mart has paper straws and boxes made from the waste products of sugarcane. Its staff wraps eggs in paper instead of putting the poultry products in plastic egg holders.

Meanwhile, the shopping bags at Big C are made from corn powder instead of fossil fuel-based plastics.

Other Asian countries have adopted different measures to reduce their use and wastage of disposable plastic bags. Taiwan is charging a hefty fee for every such bag, while China and South Korea outright ban the use of such containers.

Published by Foodscience.news on August 31, 2019
Image from Pexels