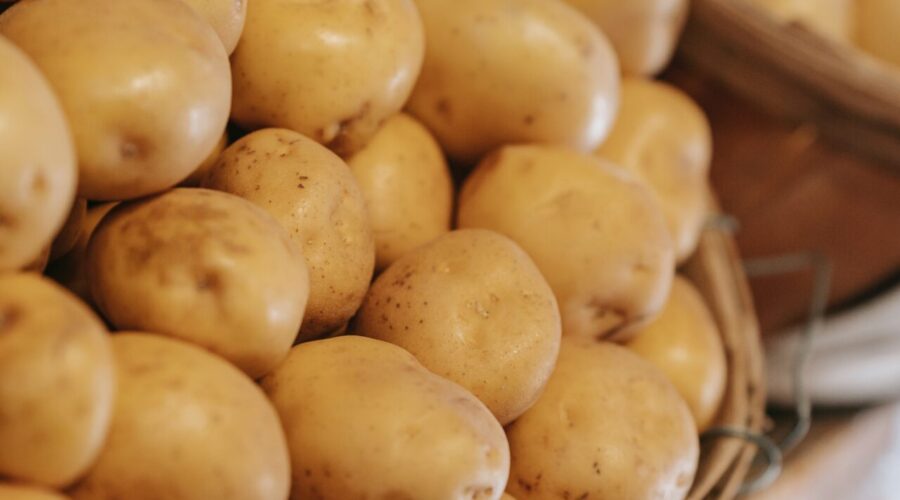 More than 20 years after the first release of the human genome, scientists at the Ludwig-Maximilians-Universität München and the Max Planck Institute for Plant Breeding Research in Cologne, have for the first time decoded the highly complex genome of the potato. This technically demanding study lays the biotechnological foundation to accelerate the breeding of more robust varieties — a goal in plant breeding for many years and an important step for global food security.

When shopping for potatoes on a market today, buyers may well be going home with a variety that was already available more than 100 years ago. Traditional potato varieties are popular. And yet this example also highlights a lack of diversity among the predominant potato varieties. However, that could soon change: researchers in the group of geneticist Korbinian Schneeberger were able to generate the first full assembly of a potato genome. This paves the way for breeding new, robust varieties:

“The potato is becoming more and more integral to diets worldwide including even in Asian countries like China where rice is the traditional staple food. Building on this work, we can now implement genome-assisted breeding of new potato varieties that will be more productive and also resistant to climate change — this could have a huge impact on delivering food security in the decades to come.”

Especially the low diversity makes potato plants susceptible to diseases. This can have stark consequences, most dramatically during the Irish famine of the 1840s, where for several years nearly the entire potato crop rotted in the ground, and millions of people in Europe suffered from starvation simply because the single variety that was grown was not resistant to newly emerging tuber blight. During the Green Revolution of the 1950s and 1960s, scientists and plant breeders succeeded in achieving large increases in the yields of many of our major crop staples like rice or wheat. However, the potato has seen no comparable boost, and efforts to breed new varieties with higher yields have remained largely unsuccessful to the current day.

The researchers have overcome this longstanding hurdle using a simple yet elegant trick. Instead of trying to differentiate the four, often very similar, chromosome copies from each other, Korbinian Schneeberger together with his colleague Hequan Sun and other co-workers circumvented this problem by sequencing the DNA of large numbers of individual pollen cells. In contrast to all other cells, each pollen cell contains only two random copies of each chromosome; this facilitated the reconstruction of the sequence of the entire genome.

An overview of the complete DNA sequence of cultivated potato has the potential of greatly facilitating breeding and has been an ambition of scientists and plant breeders alike for many years already. With this information in hand, scientists can now more easily identify gene variants responsible for desirable or undesirable.

Do you want to help improve the Food Industry by working for a Life Science organisation that specialises in Food Sciences? Check out the current job openings at QTC Recruitment here!