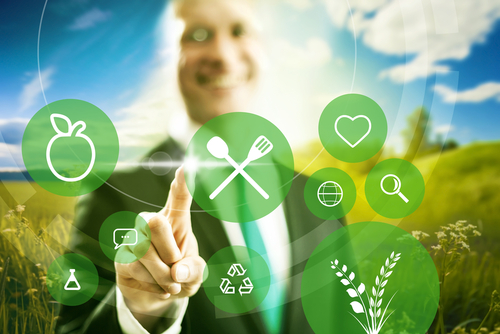 In a new Rabobank analysis, the outlook for global poultry in 2020 will be materially affected by the current coronavirus pandemic. Even during the economic slowdown, poultry demand may yet stand to benefit among other animal-based proteins due to its price competitiveness. Meanwhile, a further drop in Asian pork production due to African swine fever (ASF) is expected this year, which the report outlines could lead to potential growth in local poultry production and international trade if rising supply chain challenges can be managed.

“It’s very difficult to assess how long this will take and depends of course on how much further and how long the coronavirus will spread further. In our view, this will affect poultry trade further at least in Q1/Q2 and possibly longer,” Nan-Dirk Mulder, Senior Global Specialist – Animal Protein at Rabobank, tells FoodIngredientsFirst.

“In terms of markets, we expect more at-home poultry consumption and higher sales of non-perishable poultry products. Labor availability and logistics issues, such as those impacting distribution, will likely affect supply in the coming months. Coronavirus will also affect the global supply of poultry inputs, such as feed additives and animal health products, due to disruptions with Chinese and other suppliers,” he explains.

From a global demand perspective, the Rabobank report underscores that poultry is generally the least-impacted protein in a global economic slowdown, primarily due to its price competitiveness. The spread of COVID-19, however, adds further uncertainties to an already volatile market faced with the outbreak of avian influenza.

“Volatility is driven by the ongoing impact of ASF and reductions in global pork production, avian influenza outbreaks in Europe, Asia, and Africa, as well as some potential trade disruptions,” says Mulder. “Trade issues include Brexit, the US-China trade agreement, new trade restrictions in the Middle East, but also the opening of trade between the US and EU and some Asian countries.”

Impacts of ASF and avian influenza

ASF and avian influenza are flagged by Rabobank as two main factors that push up market volatility. ASF notably contributed to a protein shortage in China, which has led to the culling of millions of hogs in the past year. The outbreak will remain a major driver of volatility in poultry markets, with increasing import demand in countries like China and potential supply shocks in local markets like Vietnam and the Philippines.

As Poland and Ukraine are major global traders, it also affects global markets, details the Rabobank analysis. In Poland, the industry can refocus trade towards the big intra-EU market. For Ukraine, the many avian influenza-related trade restrictions can only be offset by increasing sales in the local market or by reducing production until trade is restored.

Meanwhile, Asian markets, like China, Taiwan, Vietnam and Saudi Arabia have been hit by avian influenza outbreaks. This will impact local market conditions this year, especially due to the impact of culling, but with a more limited impact on trade.

Last November, China decided to lift its four-year ban on poultry imports from the US, signaling new trade opportunities for North American chicken. The ban was first enforced by China in 2015 following an outbreak of avian influenza, which has since been the focal point of trade negotiations between Beijing and Washington DC.

The world’s top-performing poultry markets are currently Brazil and Thailand, while the EU, Indonesia, South Africa, and Mexico are currently in recovery mode, highlights Rabobank’s report. The weakest performing markets are the US (with “big oversupply”), India, and China, with the latter expected to improve later this year.

Trade agreements and restrictions are still shaking up global trade volumes, the analysis reveals. On one hand, trade liberalization via US-China and EU-Vietnam agreements will bump up trade, as restrictions on trade in Saudi Arabia, and potentially South Africa and the UK, could present challenges.

The global trade of poultry will face more volatility this year, with both destinations and origins affected, as well as pricing, reports Rabobank. Total volumes are likely to be affected temporarily due to COVID-19. As read in previous FoodIngredientsFirst coverage, coronavirus concerns contributed to a significant World Food Price dip in February.

Published by foodingredientsfirst.com on March 23, 2020
Image by Shutterstock