Pros and cons of GMOs 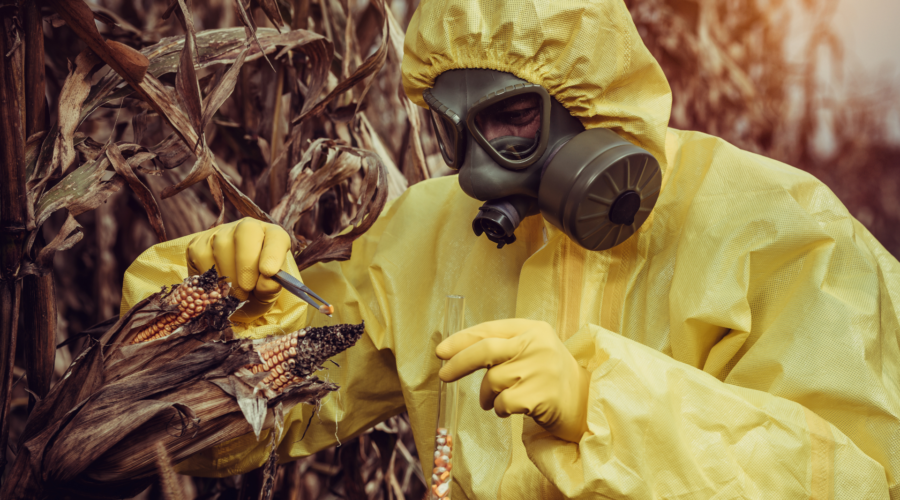 Farmers have been modifying crops for centuries. But as genetic changes become more and more heavily planted into our food system, what are the pros and cons of GMOs?

Around 8000 B.C., farmers took to the fields with new expertise in selective breeding. Then in 1922, the first hybrid corn was sold commercially. In 1982, the FDA approved the first GMO consumer product, insulin, and a few years later, in the 1990s, the first GMO produce — a tomato — was sold in stores.

But it wasn’t until 2020, that the Pew Research Center revealed that 48 percent of people believe GMOs are unsafe to eat.

The pros of GMOs:

Genetically modified organisms, aka GMOs, increase productivity and profitability on farms. This is mainly because genetically-modified crops can increase yields by being resistant to insects and herbicides and thus reducing crop losses.

Higher productivity and crop yield are also good for the economy because farmers spend less on production by paying for pesticides and tools to ensure crop resiliency. Thus, they are able to sell the genetically-modified produce at more affordable prices — but with more profit.

The use of tillage systems has also been an advantage to farmers. Tillage is the process of turning the soil to mitigate pests and weeds. It also effectively increases the nutrient levels in the soil, while interrupting some of the crop pest cycles.

More commonly now, GM crops are grown to be herbicide tolerant (HT). Per Oxford University, this makes it easier to grow them, with weed control. “The development of GM HT canola varieties has also been linked to incremental gains in weed control and canola yield,” it reads. There are also human health and environmental benefits to reducing the number of pesticides and insecticides used on crops that would have possible adverse effects, due to bioaccumulation.

Now, the cons of GMOs:

It’s hard to appreciate all these pros without recognising the cons.

The presence of trace pesticides in GMOs are among the biggest concerns. EWG’s 2022 Shopper’s Guide to Pesticides in Produce breaks down which foods are likely to have the most trace chemicals, and which are the safest to eat.

One of the main issues when it comes to altering crop DNA is cross-pollination, or cross-contamination. Agrochemical company, Monsanto, owns the GMOs it creates. This is an example where cross pollination can be a major problem for farmers, especially ones not growing GMOs.

Seeds and pollen can travel in the wind and infiltrate other fields, possibly mixing some GMO DNA in crops that did not previously have them. Not only is this a legal and financial issue, as Monsanto owns that DNA, but it also makes organic growing (crops with no GMO traces) more difficult.

How does “organic” relate?

Put simply, you will never see the words “organic” and “GMO” on the same food label. This is partly because GMO foods are often not explicitly labeled, but also because, by USDA organic regulations, genetic engineering is prohibited.

Despite the previously stated pros, the article Who Trusts in Gene-Edited Foods?, found in a survey that there was “considerable uncertainty” in accepting GMOs, especially among millennials and Gen-Z folk. This is believed to be largely because of social values around food, science and technology.

While this uncertainty prevails, The New York Times has reported that 90 percent of scientists believe GMOs are safe. However, it’s okay to be uncertain. Following the EWG’s 2022 Shopper’s Guide to Pesticides in Produce, and buying Clean Fifteen, guarantees that the foods you are buying are chemical-free.

Are you interested in the Life Sciences Industry? Or are you currently looking for a job in a Food (Science) organisation? Then let experts at QTC Recruitment help you find the best match here!