Rapeseed instead of soy burgers: Researchers identify a new source of protein for humans 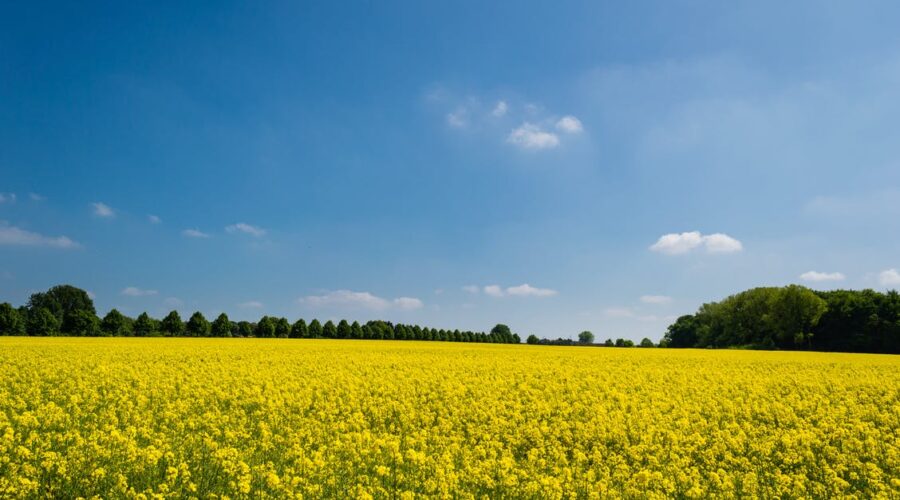 Rapeseed has the potential to replace soy as the best plant-based source of protein for humans. In a current study, nutrition scientists at the Martin Luther University Halle-Wittenberg (MLU), found that rapeseed protein consumption has comparable beneficial effects on human metabolism as soy protein. The glucose metabolism and satiety were even better. Another advantage: The proteins can be obtained from the by-products of rapeseed oil production. The study was published in the journal Nutrients.

For a balanced and healthy diet, humans need protein. “It contains essential amino acids which can not be synthesized in the body,” says Professor Gabriele Stangl from the Institute of Agricultural and Nutritional Sciences at MLU. Meat and fish are important sources of high-quality proteins. However, certain plants can also provide valuable proteins. “Soy is generally considered the best source of plant protein as it contains a particularly beneficial composition of amino acids,” says Stangl.

Her team investigated whether rapeseed, which has a comparably beneficial composition of amino acids, could be an alternative to soy. Rapeseed also contains phytochemicals — chemical compounds produced by plants — which could have beneficial effects on health, says Stangl. “So far, only a few data on the effect of rapeseed protein intake in humans had been available,” adds the scientist. In comparison to soy rapeseed has several other advantages: It is already being cultivated in Europe and the protein-rich by-products of the rapeseed oil production could be used as ingredients for new food products. These by-products are currently used exclusively for animal feed.

In a study with 20 participants, the team investigated the effect of ingested rapeseed and soy proteins on human metabolism. Before the interventions the participants were asked to document their diets for a few days. Then they were invited to eat a specifically prepared meal on three separate days: noodles with tomato sauce, that either contained no additional protein, or was enriched with soy or rapeseed protein. After the meal, blood was regularly drawn from the participants over a six-hour period. “By using this study design, we were able to assess the acute metabolic response of each study participants to the dietary treatments.” says Stangl.

The study showed: “The rapeseed protein induced comparable effects on metabolic parameters and cardiovascular risk factors as soy protein. Rapeseed even produced a slightly more beneficial insulin response in the body,” says nutritionist Christin Volk from MLU. Another benefit was that the participants had a longer feeling of satiety after eating the rapeseed protein. “To conclude, rapeseed appears to be a valuable alternative to soy in the human diet,” says Volk.

The only drawback: “Rapeseed protein, in contrast to soy protein, has a mustard flavour,” says Volk. Therefore, rapeseed is more suitable for the production of savoury foods rather than sweet foods, explains the researcher.

The work was supported by the Union for Oil and Plant Technology e.V. (UFOP, grant number: 528/181).

Published by Sciencedaily.com on September 30, 2020