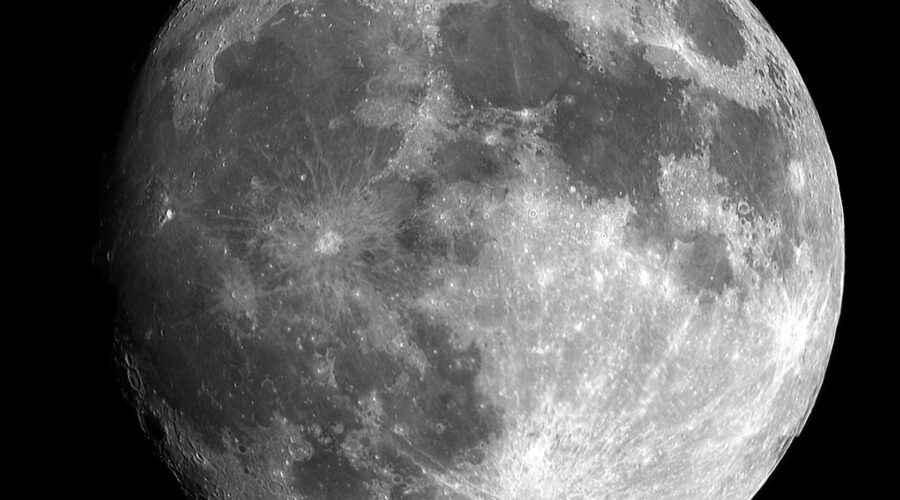 Anna-Lisa Paul had tried for years to get her hands on some real samples of lunar soil collected by Apollo-era astronauts. After she’d refined her research proposal multiple times, NASA finally granted her request in 2021, allowing her team to try growing tiny plants in moon dirt that had been lifeless for billions of years.

Her efforts paid off: Although the plants clearly struggled in the harsh, foreign material, they nonetheless managed to sprout. Paul’s team published their findings in a new study in the journal Communications Biology on Tuesday, arguing that their experiment shows that lunar astronauts could do their own greenhouse farming in a couple decades, making them able to provide some of their own sustenance.

“After two days, we were amazed that every single seed germinated. It was extraordinary and a little breathtaking,” says Paul, a space biologist and geneticist at the University of Florida. “We were watching the very first seeds ever in the history of humanity—in the history of the solar system—growing in lunar material.” (The researchers aren’t affiliated with NASA, but the agency helped fund their work.)

The lunar soil, called regolith, that astronauts scooped up in the 1960s and ’70s is extremely challenging to work with. The sand grains are dry, sharp, abrasive, and extremely fine, they have minerals and ions that Earth plants have never encountered before, and they have no organics whatsoever, because no plants have ever grown, and then died and decomposed, on the moon. To make it resemble earthly soil, the experimenters needed to add some nutrients and water. (Water is also hard to come by on the moon, although it exists.)

Paul and her team made the most of their limited supply of authentic regolith. For each sample, they had about a gram, or a small spoonful, of material collected from Apollo 11—the first human landing on the moon, at the Sea of Tranquility—and the Apollo 12 and 17 missions, which landed west and north of there. For comparison, they also planted seeds in similar amounts of simulated lunar soil made from volcanic ash, which on Earth would be a poor choice for gardening. They had previously conducted numerous experiments with such simulated material, called JSC-1A (named after NASA’s Johnson Space Center), which allowed them to precisely fine-tune their diluted nutrient solution—sort of a liquid fertiliser.

For the experimental apparatus, they planted the seeds in a plate with 48 wells, like a small ice cube tray. But they only filled a few of the wells: three with the moon dirt plus nutrient solution, and four with the JSC-1A plus nutrient solution. They repeated the same setup on three other plates, too, to gain better statistics. Then they moved the plates in their individual watering trays to ventilated terrarium boxes under growth lights. The boxes limited airflow, but they weren’t totally sterile; instead, they simulated what an open lab environment might be like in a crewed lunar habitat.

The little plants, known as thale cress (Arabidopsis thaliana), are in the same family as watercress and broccoli, which makes them a good model for vegetable crops. And, for the researchers, they have the advantage of growing quickly. When the seedlings first cropped up in both the lunar soil and control samples, they were still drawing nutrients from reserves stored in the seeds themselves. But after a week or so, differences emerged. “The seedlings in the lunar samples started to grow more slowly, and some of them started to show serious stress responses. Their roots were more bent and kinked and not as healthy-looking. It was difficult for them,” Paul says. Some of the plants seemed to adapt, while others looked increasingly sickly, with their leaves becoming gnarled and pigmented.

Compared to their counterparts that grew in volcanic ash, all the plants in the moon soil took longer to develop broad leaves, were smaller, and some were severely stunted. Of the plants potted in regolith, the ones grown in the samples from the Apollo 12 and 17 missions fared the best.

Paul and her team then ran genetic tests on all the plants to figure out which metabolic tools the plants used to adapt to their environment. They found that even the healthier-looking seedlings had gene activity—genes that had been turned off or on—indicating stress. This activity is comparable to that of plants surrounded by soil with too many metals or salts, Paul says. “They were working hard to make themselves healthy, if you will.”

Still, the researchers have an optimistic outlook for the future of lunar gardening, especially since any plants grown in actual regolith would improve the soil for next generations. “I’m on the positive side of things. The fact that some of the plants showed stress, and some failed growing, doesn’t worry me at all. We here on Earth are getting very experienced about how to grow plants in increasingly salty and dry environments. I have no doubt that we’ll learn how to grow plants in lunar soil,” says Robert Ferl, Paul’s colleague and a study coauthor.

NASA performed a few experiments following the 1960s and ’70s moon landing missions that brought back lunar material, but those were nothing like what Paul and Ferl attempted. “A small amount of regolith material was placed in contact with the plants, and the data showed there were no major negative effects,” says Sharmila Bhattacharya, NASA’s chief scientist of astrobionics. But Paul and Ferl’s new research is more ambitious. “This is a unique experiment, to actually grow those plants in the regolith, of course with supplementary material. This is the first time, and it’s why we’re quite excited,” Bhattacharya says.

Today, NASA doesn’t have much regolith left to share with scientists, but they’ve been gradually handing it out for high-priority research. The agency recently opened up one of the last samples collected, in 1972, to study the regolith in the Apollo 17 landing area. The new Artemis program, Apollo’s successor, is now ramping up, and since astronauts will be returning to the moon in a few years, the agency anticipates many more samples to come.

Learning how to grow food off-planet will likely be important, since every gram transported to space takes up room on a craft and adds to its costs and fuel requirements. Plus, in a remote, isolated environment like a space station or lunar habitat, a little greenery could go a long way for the mental health of the crew as well, even if it’s not providing a ton of food. “Having the touch and feel of plants can have psychological benefits,” Bhattacharya says.

For these reasons, astronauts and researchers have already begun testing different ways to grow food on the International Space Station. Paul and Ferl’s research could be an important step forward toward space farming. “This is an impressive study for two reasons. They’re using the actual Apollo samples, and they’re applying modern biology tools,” says Kevin Cannon, a geologist and space resources researcher at the Colorado School of Mines, who was not involved in the paper. But it’s possible that other options for growing plants and vegetables without using dirt, like hydroponics, aeroponics, or growing cells in a reactor, might be more efficient for ISS or lunar missions, Cannon says.

On the other hand, travel to Mars will require long trips and extended visits. And since the planet’s so far away, it will be even more difficult to ship food supplies, which might make it a better place to try growing crops on a larger scale, he says. Researchers have already started growing plants, including thale cress, in simulated Martian soil, and they could get a shot at experimenting with the real thing when NASA returns samples from the Perseverance Mars rover mission. If it works, a Mark Watney-like botanist-astronaut could one day grow potatoes on the Red Planet—but not until someone works out ways to help Earth plants thrive, instead of just survive, in space regolith.

Still, for Paul and her colleagues, space agriculture, or at least space gardening, will be in our future. “Here we are introducing a portion of the moon to biology, and it works. To me, that is so symbolic. When we leave Earth, we will take plants with us,” she says.