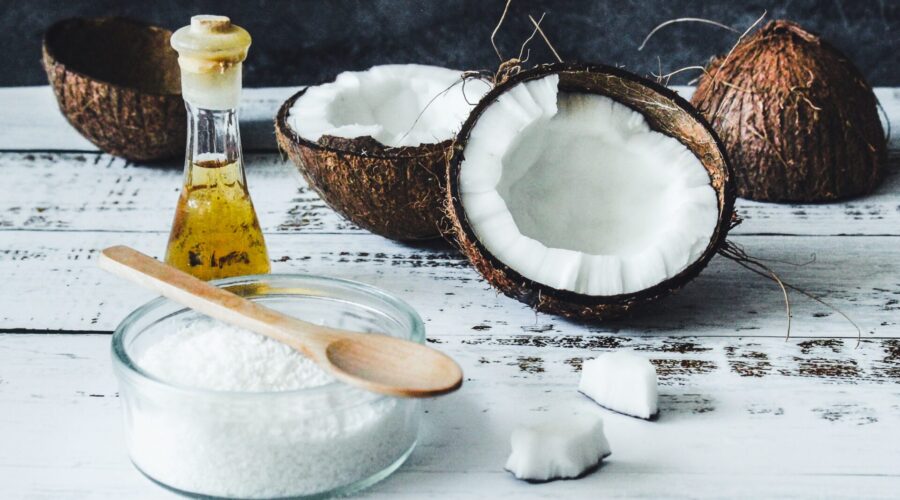 Antibiotic resistance is a genuine health threat. It is considered one of the major health issues of this age. Severe burn victims are particularly susceptible to antibiotic-resistant infection because their body tissues create a niche environment for pathogens. Antibiotic ointments used to be an effective treatment but the rising threat of antibiotic resistance leaves many burn patients vulnerable. Fortunately, coconut oil is showing promise as a natural alternative to antibiotic drugs. It contains 40 to 50 percent lauric acid, a potent antimicrobial agent found in the fats and oils of animals and plants. Best known as the primary fat in coconuts and palm kernels, lauric acid can effectively eliminate harmful pathogens. In a 2020 pilot study, researchers found that lauric acid helps prevent infection and promote wound healing in severe burn patients.

The researchers then exposed the samples to strains of the bacteria Pseudomonas aeruginosa, Staphylococcus aureus and Escherichia coli. They found that all preparations except for the white Vaseline significantly inhibited bacterial growth at a concentration of 20 percent lauric acid. The effect was strongest on S. aureus, a common cause of sepsis, pneumonia, endocarditis (infection of the heart valves) and bone infection. Only pure lauric acid effectively inhibited the growth of P. aeruginosa, another common cause of sepsis and pneumonia.

“Due to its aseptic and regenerative effect on chemically damaged tissues, lauric acid can be a promising modifier of the burn healing process,” the researchers wrote.

In a 2017 study published in the Annals of Clinical and Laboratory Research, researchers reported that lauric acid can effectively treat infections with certain bacteria. The researchers exposed isolates of Mycobacterium tuberculosis, Streptococcus pneumonia, Salmonella, E. coli and S. aureus to esterified lauric acid (combined with alcohol).

Results showed that high concentrations of the acid significantly inhibited the growth of all bacteria, particularly M. tuberculosis, S. pneumonia and S. aureus. These bacteria were also susceptible to the acid even at lower concentrations.

In a 2009 study published in the Journal of Investigative Dermatology, researchers found that lauric acid is more effective at killing acne-causing bacteria than benzoyl peroxide, a common acne medication.

The researchers applied lauric acid on Propionibacterium acnes, Staphylococcus epidermidis and S. aureus in both in vitro and in vivo experiments. They found that lauric acid’s minimum inhibitory concentration (MIC) is more than 15 times lower than the MIC of benzoyl peroxide. MIC is the lowest concentration of a drug that prevents the visible growth of microbes after overnight incubation. Medications with lower MIC scores are more effective at eliminating microbes.

Lauric acid cannot be ingested on its own as it is can cause irritation. You can obtain it by consuming mammal milk, coconut oil and fresh coconut. However, keep in mind that coconut oil is rich in saturated fats that can raise cholesterol levels. Practice moderation and maintain a balanced diet to stay healthy.

Is your organisation looking for new researchers who bring the study to the next level? Click HERE!