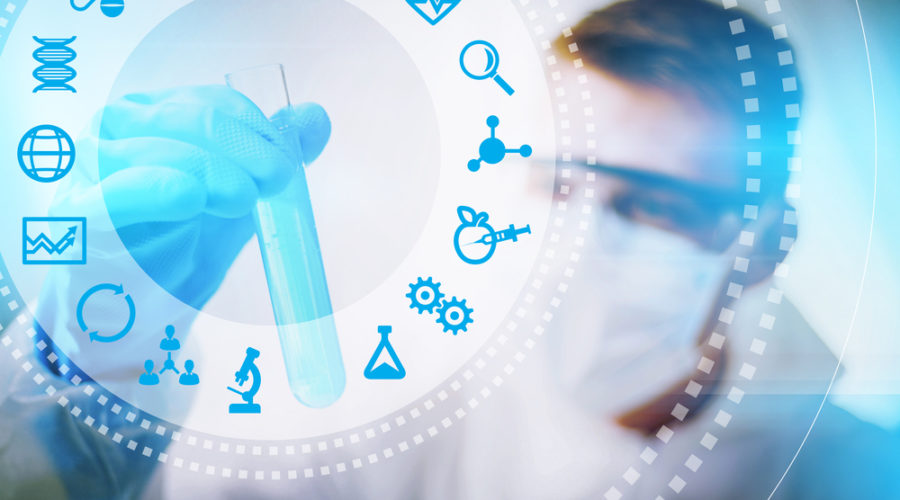 Pioneer Fellows Cyrill Hess and Melanie Binggeli want to market duckweed as a healthy food that’s good for the environment.

Best described as light green, with a taste reminiscent of bean sprouts and a pleasantly grainy texture, Wolffia is one of five genera of a plant commonly known as duckweed or “water lentils”. It is also the most easily digestible, as Cyrill Hess explains at an impromptu tasting in a basement- level environmental chamber at ETH Zurich’s Department of Environmental Systems Science. Just before, Hess had used a sieve to skim the Wolffia off the water in a wooden basin in front of the tasters . The grass- green carpet floats atop an aqueous nutrient solution that is continually cleaned by a pump. In the environmental chamber, scientists can precisely control temperature, humidity and lighting conditions. Hess started cultivating the Wolffia two weeks ago on a water surface measuring about five square meters. On a good day, he skims off 1.5 kilogrammes of this “green caviar” – that’s what he calls the product that his start- up, LemnaPro, is working on.

Fast growing and healthy too
Hess, who studied environmental sciences at ETH Zurich, conducted research with duckweed while working on his Master’s thesis and came to recognise its potential: “No flowering plant reproduces faster,” he explains. Under favourable conditions in the wild, it can cover ponds and small lakes in just a few days. Hess continues: “It also contains large amounts of high- quality plant proteins, lots of fibre, valuable unsaturated fatty acids and few carbohydrates.” An obvious choice to be deemed a “superfood”, duckweed has long been prized in Asian cuisines but is largely unknown in Europe. Hess hopes it could become a staple in a largely vegetarian diet, which environmental scientists recommend as a way help mitigate the climate crisis.

He also introduced Hess to his former undergraduate student Melanie Binggeli. During her studies, she was active in the ETH Entrepreneur Club and other start- up networks. Binggeli wrote her Bachelor’s thesis on soy and her Master’s thesis on insects, so she already had some experience with alternative sources of protein. “The UN Food and Agriculture Organization says that by 2050, we have to increase food production by 70 percent. To do that, we urgently need new approaches,” she says, continuing: “What really fascinates me about research is putting new knowledge into practice, so we can do something positive for people and for the environment.”

One key part of the progression from the initial idea to the first product samples was the Student Project House at ETH Zurich. It was here that Binggeli and Hess developed the first prototypes for their system. What started out as a plastic crate and an aquarium water pump has transformed into a sophisticated wooden basin with specific current properties for optimum Wolffia growth. They also had a mentor who not only helped them to build up a network, but she also provided encouragement in difficult patches and stressed how important it is to test out ideas at an early stage.

However, there are still several challenges the start- up must overcome before consumers can find Wolffia on the supermarket shelves. For one thing, the production process in the environmental chamber is complicated. It needs to be optimised to prevent other organisms spreading and posing a threat to the duckweed or people. “Plant disease is responsible for the failure of most previous ventures that have attempted to cultivate duckweed,” Hess says. He goes on to explain: “The larger the volume, the more difficult it is to keep production costs as low as possible while maintaining hygienic conditions.”

Establishing a market
Another challenge is of a legal nature: Hess and Binggeli must request approval from the European Union for a novel food before Wolffia can be sold as a foodstuff in the first place. This approval process requires dozens of analyses, and Hess estimates that the EU dossier will cost half a million Swiss francs. “After obtaining approval, we then need to set up the entire value chain and a market for our product,” he explains. Consumers first have to get to know Wolffia – for example, it is splendidly suited for smoothies or as a salad.

In September 2019, ETH Zurich awarded Hess and Binggeli Pioneer Fellowships. This provides them access to laboratories and office space, and ultimately gives them a year to work on their idea without financial stress. A harvest from the environmental chamber in the basement of the Department of Environmental Systems Science will be sent out for testing to an investor in the food industry soon – one who seemingly can’t wait to try this “green caviar”.

Published by ethz.ch on January 30th, 2020
Image by Shutterstock