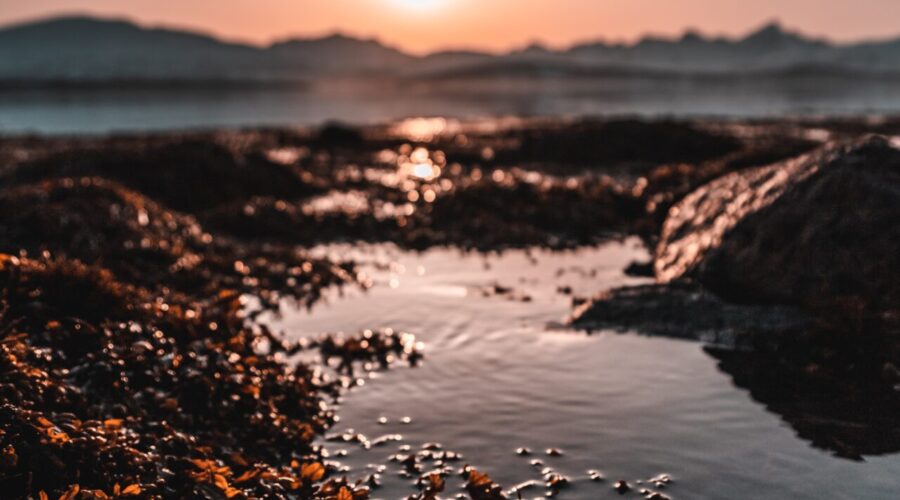 Process water from the food industry is an excellent fertiliser in land-based seaweed cultivation. Not only does the seaweed grow faster; its protein content also multiplies. In this way, process water can go from being a cost to becoming a resource in the food industry.

Can macroalgae, such as sea lettuce, become a competitive source of protein in the foods of the future the way soybeans are today? Seaweed naturally has a lower protein content than soybeans, but with fertiliser that difference decreases.

A scientific article from researchers at the University of Gothenburg and Chalmers University of Technology shows that process water from food production can serve as an excellent fertiliser in seaweed cultivation. The seaweed grew more than 60 per cent faster, and the protein content quadrupled with the addition of process water.

“The protein content of soybeans is about 40 per cent. By using process water, we have increased the protein content in the seaweed to more than 30 per cent,” says Kristoffer Stedt, a doctoral student at the Department of Marine Sciences at the University of Gothenburg.

We already know that algae grow better in the vicinity of fish farms in the sea due to nutrients in fish faeces that spread in the water. Process water from food industries is often rich in nitrogen and phosphorus in a similar way.

The researchers tested four different types of seaweed and added process water from several different food producers — from the herring industry, salmon farming, shellfish processors, and a manufacturer of oat milk. A certain amount of process water with a controlled content of nitrogen was added to the seaweed cultivation. After eight days the researchers analysed the results.

“We included oat milk to achieve cultivation that was completely vegan. And it turned out that all different types of process water worked well as fertiliser for the seaweed,” says Stedt.

Food production requires large amounts of water, and taking care of the process water is currently a cost for producers. But this water can be turned into a valuable resource.

“We think that you could have land-based cultivations of algae, such as sea lettuce, near a herring factory, for example. Seaweed cultivation can cleanse large portions of the nutrients from the process water. That brings us closer to a sustainable approach, and the companies have another leg to stand on,” says Stedt.

No off-taste for the seaweed

In the future, Kristoffer Stedt and his colleagues will focus on scaling up the experiments with seaweed cultivation. They will use process water from the herring industry, which showed very promising results, and focus on the species Ulva fenestrata (sea lettuce).

“We need to conduct tests in larger volumes as a first step in a controlled environment. But we believe that this may be an alternative source of protein in future foods. It could also be a completely circular system if we used cultivated seaweed as feed for salmon culture on land and used the process water to fertilise the seaweed cultivation,” says Stedt.

An estimated 10 billion people will live on Earth by 2050, and there is a great demand for sustainably produced food protein. Between 2000 and 2018, the production of seaweed tripled, reaching 32 million tonnes. Almost 99 per cent is produced in the Far East.

In the research project CirkAlg, researchers from the University of Gothenburg and Chalmers University of Technology are collaborating on processes that can generate a new Swedish marine protein source in a resource-efficient way through both cultivation and processing of seaweed.

“In addition to boosting the seaweed’s protein content with process water, we are looking at several ways to extract the proteins from the algae for use in other foods in the same way as protein is extracted from soybeans today. However, this presents a challenge, because the protein in seaweed is bound more tightly than in the soybeans,” says Ingrid Undeland, a professor of food science at the Department of Biology and Biological Engineering at Chalmers. She is also the coordinator for CirkAlg.