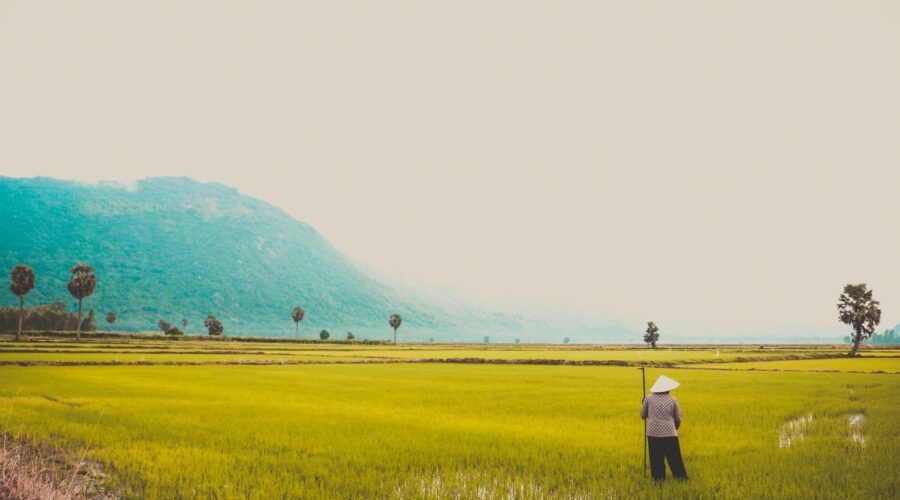 A common agricultural byproduct may hold the key to natural, sustainable and environmentally-safe cleaning products, a new study has revealed. The study, conducted by researchers from the University of Portsmouth in partnership with India’s Amity University and the Indian Institute of Technology, looked at the possibility of using rice straw as a non-toxic alternative ingredient for soaps and other common household cleaning products.

According to lead researcher Pattanathu Rahman, a microbial biotechnologist from the University of Portsmouth, their research came about as a way to find natural surfactants – compounds that have the ability to lower the surface tension of water.

Most surfactants available on the market, however, are made from petroleum and other synthetic compounds, making them risky to use and dispose of. (Related: Many cleaning products, especially those billed as “antibacterial,” contain toxic chemicals that cause physical damage.)

Because of this, the researchers said, it is important to find natural and organic alternatives, or “biosurfactants,” that will not only address existing environmental concerns but also commercial ones – proving to be feasible enough to be produced on an industrial scale.

To this end, the researchers looked at rice straw, tons of which are produced every year as a natural byproduct of rice harvests. This, researchers said, makes it a sustainable base ingredient for natural biosurfactants.

As detailed in the study, the researchers successfully created a biosurfactant by brewing rice straw with natural enzymes. These enzymes included those extracted from the microbes in yogurt as well as natural yeasts found in cheese and honey.

Rice straw isn’t the only material that the process works on either. According to the researchers, it also works with other agricultural wastes.

“Any building blocks such as rice straw, barley bran husk, corncob, sugarcane bagasse, wheat bran and wheat straw could be degraded with the help of bio-enzymes to convert them to fermentable sugar syrup,” Rahman stated, noting that this could help address the problem of agricultural wastes and byproducts, which are often just burned by farmers.

Aside from helping to kickstart the production of environmentally-safe cleaning agents, Rahman said their study could also lead to the creation of more efficient waste management solutions, as well as new job opportunities.

These biosurfactants, the researchers said, can be produced in a very cost-efficient manner. This means they have potential as wide-scale, natural replacements for synthetic and petroleum-based surfactants.

“The levels of purity needed for biosurfactants in the industries in which they’re used is extremely high. Because of this, they can be very expensive. However, the methods we have of producing them make it much more economical and cost-efficient,” Rahman said.

Rahman, in a statement, also noted that biosurfactants are expected to hold a market value of $2.8 billion by 2023, largely due to market interest in the product’s low toxicity, biodegradable nature and specificity.

These factors, Rahman said, could help biosurfactants meet the European Surfactant Directive, a set of rules that manufacturers are advised to follow in order for their products to be sold and used across the European Union (EU), which currently leads the biosurfactant market with 53.8 percent of global sales revenue.

In addition to providing a safer alternative to petroleum-based surfactants and cleaning agents, Rahman says that their study also upends the traditional notions of antimicrobial cleaners.

“Most people consider soap to be an effective means of removing bacteria from their skin. However, we have flipped this concept on its head by discovering a way to create soap from bacteria,” Rahman noted. That said, he stated that the biosurfactants they produced still have antimicrobial properties which make them suitable for cosmetic products and biotherapeutics.

Published by Foodscience.news on August 26, 2020