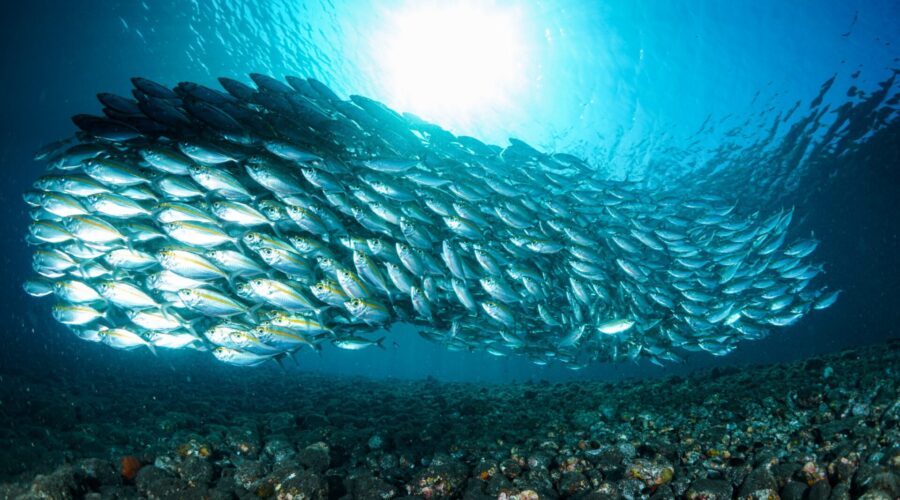 As the world’s fastest growing food sector, aquaculture is often presented as a way to relieve pressure on wild fish stocks. But many aquaculture fish — such as Atlantic salmon — are farmed using fish oil and meal made from millions of tonnes of wild-caught fish, most of which is food-grade and could be eaten directly to provide vital nutrition.

The team collected data on fish nutrient content, fishmeal, and fish oil composition, and salmon production, and examined the transfer of micronutrients from feed to fish in Scotland’s farmed salmon industry. They found that over half of the essential dietary minerals and fatty acids available in wild fish are lost when these fish are fed to farmed salmon.

Dr. David Willer, a researcher in the University of Cambridge’s Department of Zoology and first author of the paper, said: “Fish and seafood provide a vital and valuable micronutrient-rich food source to people worldwide, and we must make sure we are using this resource efficiently. Eating more wild fish and using alternative feeds in salmon farms can achieve this.”

The team developed various alternative production scenarios where salmon were only produced using fish by-products, and then added more wild-caught fish, mussels or carp for human consumption. All scenarios produced more seafood that was more nutritious than salmon, and left 66-82% of feed fish in the sea.

Feedback’s Dr Karen Luyckx said: “If we want to feed a growing global population well and sustainably, we must stop catching wild fish to feed farmed fish. Until the salmon industry kicks its wild-caught fish oil and fishmeal habit, chefs and retailers should help citizens switch away from unsustainable salmon by offering ultra-nutritious mussels and small oily fish instead.”

Based on their findings on the Scottish salmon industry, the researchers collected global salmon, fishmeal, and oil production data to apply their alternative scenarios at a global scale. One scenario shows that farming more carp and less salmon, using only feed from fish by-products, could leave 3.7 million tonnes of wild fish in the sea while producing 39% more seafood overall.

The authors caution that not enough is known about the source and species composition of fishmeal, but there are positive signs that the use of plant-based feeds is growing.

Dr. James Robinson of Lancaster University said: “Aquaculture, including salmon farming, has an important role in meeting global food demand, but nutritious wild fish should be prioritized for local consumption rather than salmon feed, particularly if it is caught in food-insecure places.

“Support for alternative feeds can help this transition, but we still need more data on the volumes and species used for fishmeal and fish oil, as this can show where salmon farming places additional pressure on fish stocks.”

Ultimately, the authors call for a reduction in marine aquaculture feeds, as this will offer opportunities to produce more nutritious seafood while reducing pressure on marine ecosystems.

Willer added: “If we want to feed the growing global population well and sustainably, we must stop catching wild fish to feed farmed fish. There is an urgent need for the food industry to promote the consumption of more sustainable seafood species — like mussels or carp — that don’t require other fish as feed.”