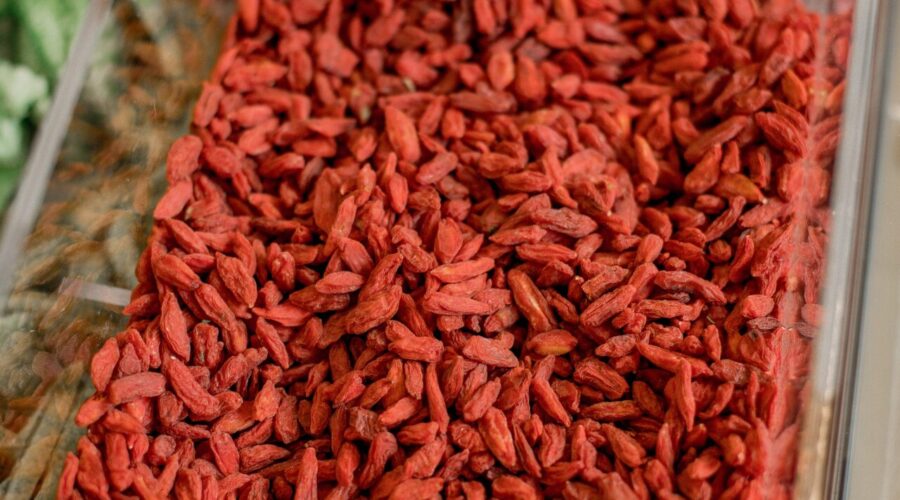 Age-related macular degeneration (AMD) is a condition that involves the deterioration of the light-sensing macula in the retina of the eye. AMD is the leading cause of blindness in Americans older than 65.

According to the Bright Focus Foundation for Macular Degeneration Research, AMD currently affects more than 11 million people in the United States. The figure is likely to increase as Americans continue to age.

Fortunately, recent findings suggest that compounds in goji berries can prevent AMD and boost eye health. Details of these findings were published in the journal Nutrients.

Goji berries (Lyceum barbarum) are used in Traditional Chinese Medicine (TCM) to promote eye health. The berries are even called “eye brighteners” due to their amazing health benefits.

In the study, researchers worked with healthy adults aged 45 to 65. For five times a week, the volunteers were given either 28 grams of goji berries (about a handful) or a commercial supplement containing 6 ml of lutein and 4 ml of zeaxanthin a day.

After 90 days, findings showed that those in the goji berry group displayed significant improvements in macular pigment density and higher levels of beneficial carotenoids in the skin.

Xiang Li, study leader and a doctoral candidate in the Nutritional Biology Program at UC Davis, described goji berries as “sunscreen for the eyes.” Li explained that the higher the lutein and zeaxanthin in your retina, “the more protection you have.”

The researchers concluded that healthy middle-aged people can preserve their vision by consuming goji berries regularly.

Glenn Yiu, study author and an associate professor in the Department of Ophthalmology and Vision Sciences at UC Davis, said that continued study can help determine the benefits of goji berries in patients with early-stage AMD.

Yiu added that goji berries helped boost the macular pigment density of healthy volunteers “beyond” the effects of nutritional supplements.

In the study, results showed that while the goji berry group had increases in lutein and zeaxanthin levels in the macular pigment and skin, the commercial supplement group showed no change in levels. According to the researchers, the carotenoids in goji berries are in a highly bioavailable form, which could help explain the superior results of the berries. (Related: Antioxidant-rich goji berries are superfruit snacks that offer a variety of health benefits.)

How age-related macular degeneration (AMD) affects quality of life
AMD’s symptoms may include:

Blurriness of central vision
Colors appearing faded or washed out
Distortions in vision, such as straight lines appearing curved
If you have AMD, even if your peripheral vision is unaffected, it can still impair your ability to read, write, drive or even recognize familiar faces.

Being over age 60 raises your risk of AMD, along with bad habits like smoking. Health experts warn that smokers have four times the risk of developing AMD compared to non-smokers.

Factors like genetics, nutrition and sun exposure also have a role in AMD development. There are no early symptoms of AMD but if you are worried about your eye health, it can be detected with a comprehensive eye exam.

How to add goji berries to your regular diet
Goji berries are available fresh, dried and in supplement form. Fresh berries taste like tart cranberries while dried berries are similar to raisins.

Here are some suggestions on how to incorporate goji berries into a balanced diet:

Eat a small handful of raw goji berries as a quick and nutritious snack.
Make some homemade trail mix by mixing nuts and dried fruit with some goji berries.
Add some goji berries to your hot or cold cereal for breakfast.
Make scones or muffins with goji berries instead of raisins.
Try drinking organic goji berry juice.
Brew goji berry tea. Add a handful of berries to a big glass of hot or cold water (or herb tea) , then let it sit and hydrate for five to 10 minutes. The berries will become plump and juicy. Drink the tea and eat the hydrated berries, which are full of beneficial antioxidants.
Soak a handful of goji berries in water for 10 minutes until they are plump and juicy, then mix them to a green smoothie.
Develop healthy habits and add goji berries to a well-balanced diet to boost your eye health naturally.