The government’s role in the rise of lab grown meat 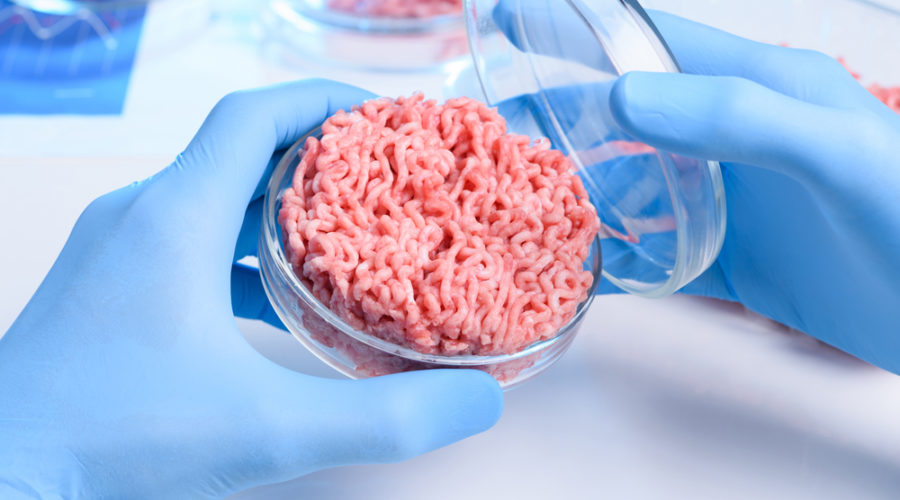 Last month, the US Department of Agriculture and FDA convened to debate meat: what it is and isn’t, and if plant-based or lab-grown products like those made by Impossible Burger and Memphis Meats should be called meat.

Lab-grown meat is still months from market, but vegetarian meats already have the poultry and cattle industries in a tizzy. Sales of meat analogues are growing at steady clip of 23 percent a year, nibbling out a decent market share.

Let the meat industry fret. Maybe then they’ll follow the lead of Tyson Foods. America’s largest meat processor recently purchased a 5 percent stake in Beyond Meat and a minority stake in Memphis Meats, a lab-grown meat start-up. In repositioning the company as a global protein brand, not just a meat purveyor, Tyson’s leaders say they’re prepared to “participate in [their] own disruption.”

The FDA, too, needs to encourage innovation for the greater good. It’s better for our health, environment, resources, and, not least, our chickens and cows.

But fussy regulations are already being spun up. In May, Missouri passed a bill limiting the use of the word “meat” to an “edible portion of livestock or poultry carcass.” Now even “plant-based meats” will have to rebrand. The FDA shouldn’t enact nit-picky labeling rules—especially since it was the federal government that promoted alternative meats in the first place.

During WWI, Herbert Hoover pushed “meatless Tuesdays” to conserve food on the home front to feed soldiers and hungry civilians in Europe. Hoover’s motto was “food will win the war” and he was right: voluntary diet reform in the US saved some seven million Europeans from starvation.

Meat substitutes were central to Hoover’s plan. In 1918, the US Secretary of Agriculture issued a recipe book touting soybean “mush croquettes” and “meat loaf” as protein-rich substitutes. The USDA developed “victory bread,” a “high-powered” soy and wheat bread which had “the same food value as a beefsteak sandwich.” The government even re-branded whale as “sea beef” and staged a public dinner “to urge the use of whale meat as a substitute for lamb, beef, pork.”

In 1931, Winston Churchill predicted that food technology would soon free humans from “the absurdity of growing a whole chicken in order to eat the breast or wing, by growing these parts separately under a suitable medium.” With these synthetic meats, Churchill imagined how parks and gardens would replace ploughed fields.

Similarly, WWII inspired creative meat substitutes. In 1940, the National Defense Advisory Commission helped form a committee to promote organ meats in the American diet. Researchers filled sausage casings with brains, kidney, and liver to serve to unsuspecting soldiers in Army mess halls. The US Bureau of Human Nutrition and Home Economics pushed soy, dairy, and nut proteins to substitute for meats like scrapple or codfish in school lunches. One recipe mixed peanuts, soy grits, rice, and cottage cheese into a high-protein loaf served with brown sauce.

Maybe the “mystery” in mystery meat was that it wasn’t meat at all—just a fatty, environmentally-friendly mix of soy, nut, and dairy.

Nearly a hundred years later, the world still has reason to cut back on meat. Meat is notoriously bad for the environment. UN estimates show global livestock production responsible for about 15 percent of all human-caused greenhouse gases. One-third of the world’s arable land is used to grow feed for livestock, leading to deforestation. Manure also contributes to algal blooms, creating so-called toxic dead zones which threaten our waterways.

Still, the meat industry lobbies are fighting the FDA about meat labeling standards. The National Cattlemen’s Beef Association has asked the USDA to more strictly regulate alternative meats, calling them “egregiously labeled imitation products.” The Association claims that products like the Beyond Burger and Impossible Burger will confuse consumers.

Of course, regulation helps ensure food safety and a transparent supply chain. Much like the push to label GMOs, labels help consumers know what they’re buying. But while a genetically-modified tomato and a conventional tomato may look identical, plant-based meats aren’t going undercover in the butcher shop. Rather, they’re touting their vegetarian, eco-friendly origins as a value-added. Beyond Burger calls itself a “revolutionary plant-based burger.” Impossible Burger claims “we found a way to make meat using plants, so that we never have to use animals again.”

The FDA’s nutrition facts and mandatory ingredient labeling already distinguish plant-based meats from their cow or chicken counterparts. An ingredient list of pea protein, apple fiber, and coconut oil isn’t trying to fool anyone. Hoover knew it a hundred years ago and we need to act on it now: the world needs fake meat. We can all be thankful we’ve moved beyond whale casserole and soy mush croquettes.