The nitrogen problem in five questions 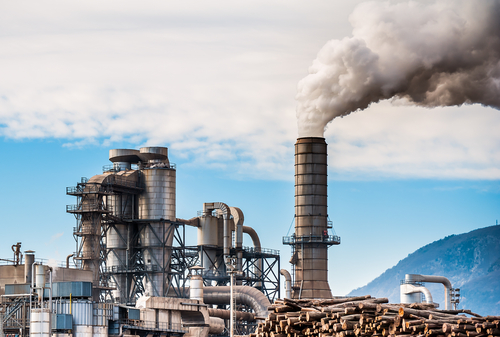 There is nothing wrong with nitrogen in itself. We are breathing it in all the time. The problem lies with nitrogen compounds. Wim de Vries, personal professor at Environmental Systems Analysis and a nitrogen specialist, explains.

1. Why is nitrogen a problem?
Nitrogen (N) is an element that is all around us in the form of odourless gas: 80 per cent of the air consists of it. It is one of the most important nutrients for plant growth too, and is therefore applied on Dutch farms as a fertiliser. In combination with hydrogen, nitrogen is converted into the gas ammonia (NH3), which gets into the atmosphere. And in combination with oxygen, nitrogen gets converted into nitrogen oxide (NOx). Traffic and industry are the main culprits here.

These reactive nitrogen compounds are the problem. They land on the ground (deposition, see inset). In nature areas they raise the nutrient richness of the soil this way, and contribute to soil acidification. This causes a loss of biodiversity. What is more, nitrogen oxides lead to the formation of fine particles and smog, making them harmful to human health as well.

2. Why is there such a fuss about nitrogen at the moment?
Nitrogen has been a problem since 1980, when the Netherlands suffered from ‘acid rain’. Apart from sulphur dioxide (SO2), that was also made up of nitrogen oxides and ammonia. Since then, the Dutch government has cut nitrogen emissions. Emissions of nitrogen oxides and ammonia have been halved since 1990. And yet too much nitrogen is still being deposited on about three quarters of Dutch land devoted to nature. Moreover, emissions of ammonia have hardly been going down at all since 2010.

The programme for tackling nitrogen (PAS) which the government introduced in 2015 aimed at reducing nitrogen emissions. But in May this year, the Council of State ruled that this programme is inadequate. After this ‘nitrogen statement’, many construction permits have been put on hold and planned new neighbourhoods and roads scrapped, and it has become harder to get new permits.

3. What is wrong with the programme for tacking nitrogen?
The programme aimed at simultaneously cutting back nitrogen deposition in nature, and offering more scope for new economic activities that involve nitrogen emissions. If a permit applicant indicated that he would install emissions-restricting measures in future, such as low-emissions housing for livestock or nature conservation measure, he got a permit to build new barns, roads or houses. But the Council of State ruled that generalised plans no longer sufficed: a constructor had to prove that nitrogen deposition in Natura 2000 areas would not increase. In practice, that is extremely difficult to prove.

4. Who produces nitrogen?
Agriculture produces 40 per cent of the nitrogen that is deposited in the Netherlands, whereas 35 per cent comes on the wind from other countries. Then industry and shipping produce 11 per cent of the Dutch nitrogen, and Dutch households 6.5 per cent. The Netherlands is actually a net exporter of nitrogen: four times as much nitrogen is blown over the border than comes into the country.

An average deposition reduction of 21 to 14 kilos per hectare per year seems like a modest ambition, but in terms of emissions reduction it is highly ambitious. That is because the country’s own contribution to nitrogen deposition on Natura 2000 areas is only 60 percent; the other 40 per cent comes from abroad. The Dutch government can exercise very little influence over this ‘import’. That means that the improvement has to come from Dutch emissions reduction. To achieve this target, you have to reduce them by 50 per cent. If you want to achieve that by, say, 2030, you are talking about an emissions reduction of five per cent per year.

Published by Wageningen University on October 3, 2019
Image from Shutterstock