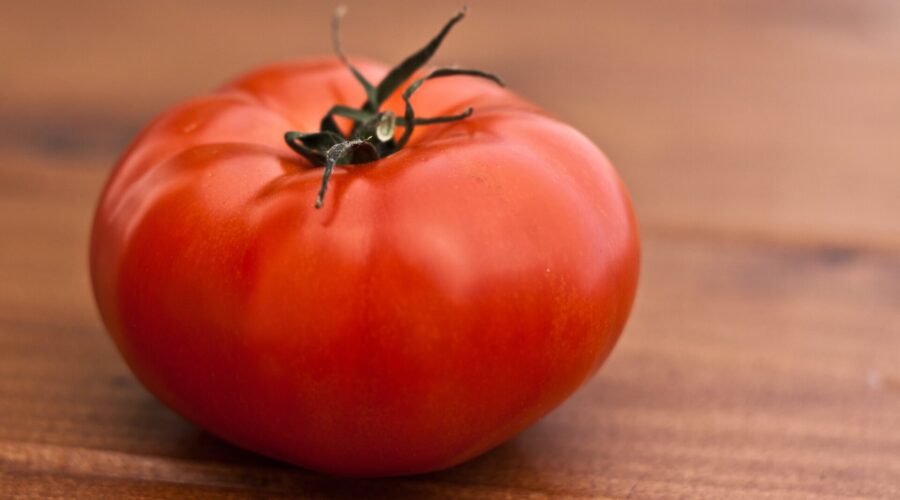 Scientists have produced a tomato enriched in the Parkinson’s disease drug L-DOPA in what could become a new, affordable source of one of the world’s essential medicines.

The development of the genetically modified (GM) tomato has implications for developing nations where access to pharmaceutical drugs is restricted.This novel use of tomato plants as a natural source of L-DOPA also offers benefits for people who suffer adverse effects — including nausea and behavioral complications — of chemically synthesised L-DOPA .

Tomato — was chosen as a widely cultivated crop that can be used for scaled up production and potentially offering a standardised and controlled natural source of L-DOPA . The John Innes Centre led team modified the tomato fruit by introducing a gene responsible for the synthesis of L-DOPA in beetroot where it functions in the production of the pigments betalains.

L-DOPA is produced from tyrosine, an amino acid found in many foods. The research team inserted a gene encoding a tyrosinase, an enzyme that uses tyrosine to build molecules such as L-DOPA . This elevated the level of L-DOPA specifically in the fruit part of the plant and led to higher yields than those associated with L-DOPA production in the whole plant. The levels achieved in the tomato fruit — 150mg of L-DOPA per kg of tomatoes — were comparable those observed in other L-DOPA accumulating plants — without some of the known drawbacks that have hampered plant metabolic production of the drug previously.

The aim now is to create a production pipeline where L-DOPA is extracted from the tomatoes and purified into the pharmaceutical product. Professor Cathie Martin (FRS), corresponding author of the study explains: “The idea is that you can grow tomatoes with relatively little infrastructure. As GMOs (genetically modified organisms) you could grow them in screen houses, controlled environments with very narrow meshes, so you would not have pollen escape through insects.

“Then you could scale up at relatively low cost. A local industry could prepare L-DOPA from tomatoes because it’s soluble and you can do extractions. Then you could make a purified product relatively low tech which could be dispensed locally.” Parkinson’s disease is a growing problem in developing countries where many people cannot afford the daily $2 price of synthetic L-DOPA .

L-DOPA is an amino acid precursor of the neuro-chemical dopamine and is used to compensate for the depleted supply of dopamine in Parkinson’s disease patients. Also known as Levodopa, L-DOPA has been the gold standard therapy for Parkinson’s disease since its establishment as a drug in 1967. It is one of the essential medicines declared by the World Health Organisation (WHO) and its market value is in the hundreds of billions of dollars.

The most common form of the drug is produced by chemical synthesis, but natural sources are also available. Only a few plants have been reported to contain measurable quantities of the molecule, mainly in seeds. The most studied is the velvet bean, Mucuna pruriens, which contains up to 10% L-DOPA in its seeds. But this is problematic because the plant is covered in urticating hairs that contain mucunian that can cause irritation and allergic reactions in field workers who harvest the crop. The beans themselves cause elevated levels of tryptamines that can cause hallucinations in Parkinsons disease patients.

“We have demonstrated that the use of the tyrosinase-expressing tomatoes as a source of L-DOPA is possible. It’s a further demonstration of tomato as a strong option for synthetic biology. Additionally, there were surprising beneficial effects including improvement in shelf-life and raised levels of amino-acids that we can investigate,” says first author Dr Dario Breitel.

Published by foodingredientsfirst.com on December 15, 2020

Turning food waste back into food