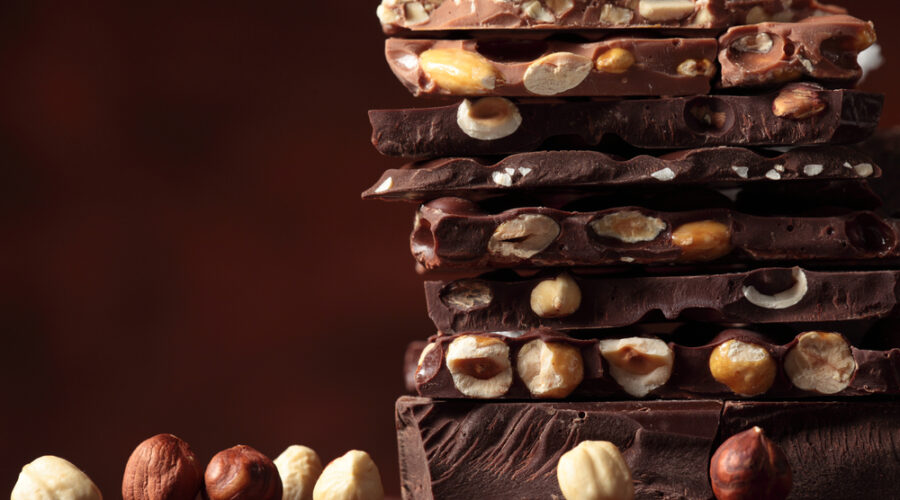 Chocolate is a beloved treat, but sometimes the cocoa beans that go into bars and other sweets have unpleasant flavors or scents, making the final products taste bad. Surprisingly, only a few compounds associated with these stinky odors are known. Now, researchers reporting in ACS’ Journal of Agricultural and Food Chemistry have identified the two compounds that cause musty, moldy scents in cocoa — work that can help chocolatiers ensure the quality of their products.

Cocoa beans, when fermented correctly, have a pleasant smell with sweet and floral notes. But they can have an off-putting scent when fermentation goes wrong, or when storage conditions aren’t quite right and microorganisms grow on them. If these beans make their way into the manufacturing process, the final chocolate can smell unpleasant, leading to consumer complaints and recalls. So, sensory professionals smell fermented cocoa beans before they are roasted, detecting any unwanted musty, moldy, smoky or mushroom-like odors. Even with this testing in place, spoiled beans can evade human noses and ruin batches of chocolate, so a more objective assessment is needed for quality control. In previous studies, researchers used molecular techniques to identify the compounds that contribute to undesirable smoky flavors, but a similar method has not clarified other volatile scent compounds. So, Martin Steinhaus and colleagues wanted to determine the principal compounds that cause musty and moldy odors in tainted cocoa beans.

The researchers identified 57 molecules that made up the scent profiles of both normal and musty/moldy smelling cocoa beans using gas chromatography in combination with olfactometry and mass spectrometry. Of these compounds, four had higher concentrations in off-smelling samples. Then, these four compounds were spiked into unscented cocoa butter, and the researchers conducted smell tests with 15-20 participants. By comparing the results of these tests with the molecular content of nine samples of unpleasant fermented cocoa beans and cocoa liquors, the team determined that (-)-geosmin — associated with moldy and beetroot odors — and 3-methyl-1H-indole — associated with fecal and mothball odors — are the primary contributors to the musty and moldy scents of cocoa beans. Finally, they found that (-)-geosmin was mostly in the beans’ shells, which are removed during processing, while 3-methyl-1H-indole was primarily in the bean nib that is manufactured into chocolate. The researchers say that measuring the amount of these compounds within cocoa beans could be an objective way to detect off-putting scents and flavors, keeping future batches of chocolate smelling sweet.

Is your organisation looking for new researchers who bring innovation to the next level? Click HERE!