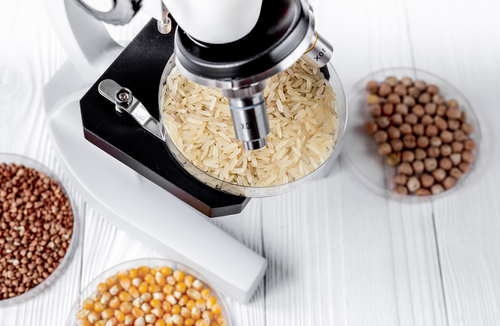 The plant Sesamum indicum, commonly known as sesame, is a herbaceous plant that belongs to the Pedaliaceae family. It is widely cultivated for its edible oil and protein-rich seeds. While the oil is known as a rich source of unsaturated fatty acids, sesame seeds are popular sources of dietary fiber and micronutrients, such as minerals, lignans, tocopherols, and phytosterols. Sesame seeds can also be defatted and made into flour that contains the same amount of nutrients and high antioxidant properties. In a recent study published in the journal Nutrition Research, researchers from Gifu University in Japan investigated the bioactivity of water-soluble fractions purified from defatted white and gold sesame seed flour. They found that the white sesame seed water-soluble fraction exhibits a neuroprotective effect on human neuroblast cells. The researchers believe that this bioactivity can be attributed to the sesame seeds’ antioxidant potential.

Defatted sesame seed flour is recovered as a byproduct after oil extraction. In their previous study, the researchers demonstrated the antioxidant activity of water-soluble fractions obtained from defatted white and gold sesame seed flour (WS-wsf and GS-wsf, respectively) in vitro. They also identified ferulic acid and vanillic acid as the main antioxidants present in WS-wsf and GS-wsf. Ferulic acid can be found in many foods, such as oats, eggplants, rice, and citrus. It is also commonly used in anti-aging skin care products because it can boost the effectiveness of other antioxidants like vitamins A, C, and E. Vanillic acid, on the other hand, is a phenolic acid that helps repair DNA and cell damage. Vanillic acid can be found in bilberries, cinnamon, chamomile, shiitake mushrooms, and turmeric.

Due to the potent antioxidant activity shown by Ws-wsf and GS-wsf, the researchers hypothesized that they may also have neuroprotective effects. To test their hypothesis, they treated human neuroblastoma cells (SH-SY5Y) with both fractions and used camptothecin – an anticancer agent and DNA topoisomerase-I inhibitor – to induce apoptosis. They reported that WS-wsf treatment for 24 hours not only enhanced SH-SY5Y cell viability and proliferation, it also dose-dependently protected SH-SY5Y cells against camptothecin-induced apoptosis. This suggested that the mechanism behind WS-wsf’s activity is anti-apoptotic.

Furthermore, WS-wsf significantly decreased the mRNA expression levels of pro-apoptotic Bax and p53 genes. The researchers also reported that WS-wsf enhanced Bcl-2 protein expression and Akt phosphorylation. Akt plays a critical role in the regulation of cell proliferation, differentiation, and apoptosis. Bcl-2 is an outer mitochondrial membrane protein that inhibits the apoptosis. These results further prove that WS-wsf has anti-apoptotic activity. GS-wsf, on the other hand, did not exhibit similar effects.
Based on these findings, the researchers concluded that the water-soluble fraction purified from defatted white sesame seed flour can protect neurons via an anti-apoptotic mechanism. This activity, however, is independent of its antioxidant capacity.

Sesame seed flour can be used for keto baking

Sesame seed flour is made from fat-reduced or defatted and peeled seeds. This type of flour has a fine, grain-free appearance and a mild, nutty aroma. Sesame seed flour contains high amounts of protein and fiber. It is also rich in micronutrients, such as vitamins A and E, calcium, magnesium, and zinc. A gluten-free sesame flour is available in the market under the brand name sukrin. (Related: The many therapeutic applications of sesame seeds.)
Sesame seed flour is a popular alternative to almond flour and coconut flour. It is especially used by people on a keto diet because it is low in carbohydrates but high in fat. Sesame seed flour can be bought from the market or made at home by grinding sesame seeds using either a food processor, a coffee grinder, or a spice grinder. Defatted sesame seed flour is similar to all-purpose flour in terms of nutritional content so it is good for making keto breads. It can also be used to make delicious desserts or snacks like cookies, cakes, and biscuits.

Published by Foodscience.news on August 14, 2019
Image from Shutterstock