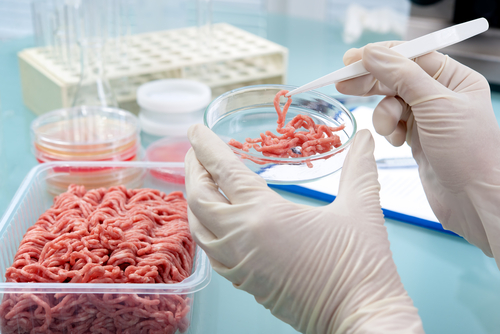 Scientific food testing start-up Food In-Depth (FoodID) is working with companies to enable food transparency and the authentication of brand label claims. FoodID helps the people who supply, serve and sell meat and poultry to effectively and affordably test for antibiotics and other adulterants. The bulk of food safety claims, such as “antibiotic-free”, “never-ever-antibiotic” and “hormone-free,” are based on producer assertions, and are not validated by actual testing, notes the start-up, and was one of the key drivers behind this development.

Until now, testing technologies have been unable to work at the speed and scale of the modern livestock system. Antibiotic resistant superbugs pose one of the biggest public health threats, while the excessive and improper use of antibiotics in livestock production is accelerating antimicrobial resistance.

It is well accepted that curtailing antibiotic use in people and animals slows the threat of antimicrobial resistance and helps preserve the life-saving effectiveness of current and future drugs. Yet, antibiotics globally are given to animals raised for food.

The FoodID platform tests for seven drug families representing 95 percent of the most common antibiotics and other adulterants administered via feed and water. This rigorous testing has sufficient sensitivity to detect low levels of substances. It is fast, working in near real-time at processing plant line speed, according to FoodID.

The technology comes at a time when consumers want to know what is in their food and where it comes from.

FoodID’s team of ranchers, scientists and technologists are also championing this point.

“For over 40 years, my mission has been to feed people delicious food from animals raised humanely, sensibly, and in an environmentally friendly manner. But while US Americans are consuming more foods with label claims, and paying a premium for it, the claims are mostly unsubstantiated,” says FoodID Co-Founder Bill Niman.

“This lack of testing troubled me because it meant people could not validate what was in their food. We founded FoodID to create full transparency and accountability in the food chain,” he notes.

“People deserve to know what’s in their food, and they’ve come to expect transparency from the products they buy and the companies they support,” adds FoodID CEO Kevin Lo. “Until now, testing technologies have been unable to work at the speed and scale of the modern livestock system.”

FoodID is currently testing beef, pork and poultry in facilities in the US and Canada. Partners include pasture-raised heirloom chicken producer Cooks Venture and clean meat provider Beretta Farms.

“We have read about misleading claims in agriculture for years along with concerns over antibiotic resistance. We know that many label claims are simply not true. It is vitally important to us to validate our claims of no-antibiotics-ever and Non-GMO with scientific data and now we can,” states Matt Wadiak, Cooks Venture Founder and CEO.

“Mislabeling is bad for people, bad for the planet and bad for farmers like us who work hard to raise good meat.”

Published by Foodingredientsfirst.com
Image from Shutterstock