Will plant-based diets lead to a more sustainable future? 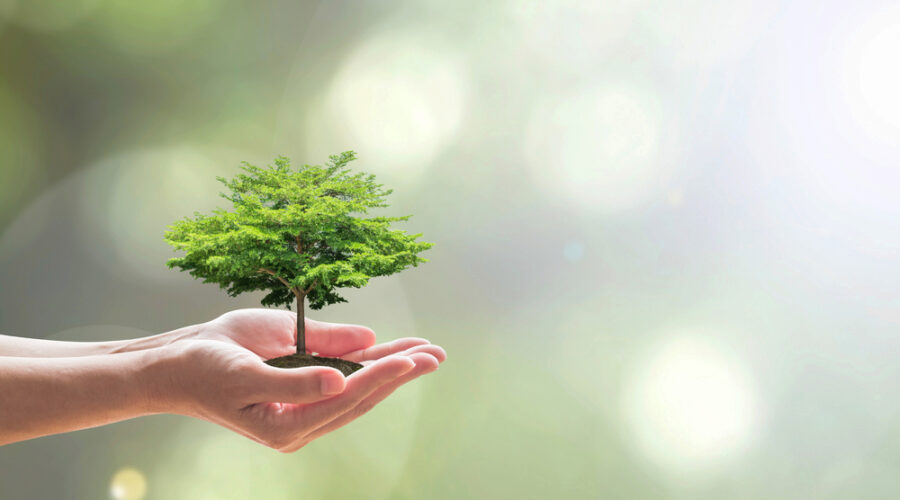 Consumer concern for the environment has been driving innovation in recent years. Companies are now seeking ways to decrease carbon emissions and use of natural resources in order to reduce environmental degradation for a sustainable future.

Plant-based diets, in comparison to those that are rich in animal products, are regarded as more sustainable as they require less energy from fossil fuels, less land and less water to grow. In a recent survey conducted by The Good Food Institute,  almost one-third of consumers in the US highlighted the environment as one of their top three reasons for eating more plant-based foods.

But will the adoption of plant-based diets lead to a more sustainable future? There are various environmental concerns with plant-based diets, for example, ample use of fertilisers and water for cultivation and air-transportation of imported foods. FoodBev explores both sides of this argument in order to provide some answers.

Greenhouse gases have increased global temperatures by around 1℃ since the preindustrial era, according to OurWorldInData, and many scientists have predicted that greenhouse gas emissions will be up 80% by 2050. The United Nations Food and Agriculture Organization (FAO) estimates that livestock production is responsible for around 14.5% of global greenhouse gas emissions.

In order to curb the concentration of greenhouse gases in the Earth’s atmosphere, many have turned to plant-based diets. UCLA Sustainability states that in just one year, animal husbandry creates as much carbon emissions as the entire transportation section. UCLA has also claimed that 20 servings of vegetables have fewer emissions than just one serving of beef. With such vast differences in emissions, it is not surprising that many consumers are choosing a plant-based diet.

Use of the world’s resources

A study but Javala et al in 2014 found that a shift from animal- to plant-based foods could add up to 49% to the global food supply without expanding crop lands. According to OneGreenPlanet, around 26% of the world’s land is dedicated to grazing livestock and around 33% is dedicated to growing feed for the livestock. They also predict that while one acre of land can produce 250 pounds of beef, this one acre could produce 50,000 pounds of carrots or 53,000 pounds of potatoes. Plant-based foods use significantly less water and carbon to produce than animal-sourced foods. It has been estimated that the average person eating a plant-based diet can save 162,486 gallons of water a year, ultimately cutting their carbon footprint in half.

Home to 80% of the world’s terrestrial biodiversity, forests are complex ecosystems that are essential to life on Earth. They supply the oxygen we breathe, provide habitats for wildlife, and help to mitigate the effects of climate change. However, deforestation – the removal of rainforest or trees from land that is then converted to a non-forest use – threatens and undermines their positive impact. A study conducted by Cornell University recently found that deforestation has double the effect of global warming. As such, tackling deforestation is high on the agenda of the environmentally-conscious, and turning to a plant-based diet could help with this.

According to Greenpeace, around 80% of deforested land in the Amazon is now used for cattle ranching and this figure is increasing year-on-year. Analysis from The Nature Conservancy and WRI, estimates that 42% of the total emissions reductions that could be achieved from reforestation depend on reducing pasture land. However, reforestation and rewilding can only occur if more people make a switch to a plant-based diet due to the massive land requirements for rearing livestock.

There is some evidence to suggest that adopting a plant-based diet would not necessarily have a lower impact on the environment. One argument for this is that a higher amount of plant-based food would need to be consumed to replace calories and protein found in animal products.

The use of artificial fertilisers when growing fruit and vegetables has also become a concern due to the emissions they produce. According to the International Fertiliser Society, artificial fertilisers account for approximately 3% of global greenhouse gas emissions. Using synthetic fertilisers on fields releases potent gases such as nitrous oxide into the atmosphere.

When considering how sustainable a plant-based diet is, it is important to think about how the food is being transported. University of Oxford researcher, Joseph Poore, who studies the environmental impact of food said: “It’s essential to be mindful about everything we consume: air-transported fruit and veg can create more greenhouse gas emissions per kilogram than poultry meat, for example”.

Seasonal fruits and vegetables, such as blueberries or strawberries, are often imported to Europe and the US by air transport.  Simply adopting a plant-based diet might not be enough. It is important to also be conscious of where the produce has come from and how it was transported.

There is no doubt meat-based diets use a vast amount of the world’s resources, including water and land, but the cultivation of plant-based foods also requires a significant environmental footprint. One of the most popular superfoods, avocados, uses a huge amount of water. According to the California Avocado Growers, a single mature avocado tree needs up to 209 litres (46 gallons) of water every day during the summer. Avocado crops are usually grown in water-stressed regions such as California and Mexico, so in dry summer months this is a substantial amount of water used on just one crop.

Ultimately, adopting a plant-based diet could help to reduce greenhouse gas emissions, save water and land usage, and help tackle deforestation. Plant-based diets are not only arguably better for the environment but they are also efficient and good for animal welfare. However, when reducing meat consumption, it is important to be mindful of how foods are being grown and transported to ensure they are sustainable.

Published by foodbev.com on June 6, 2020
Image by Shutterstock